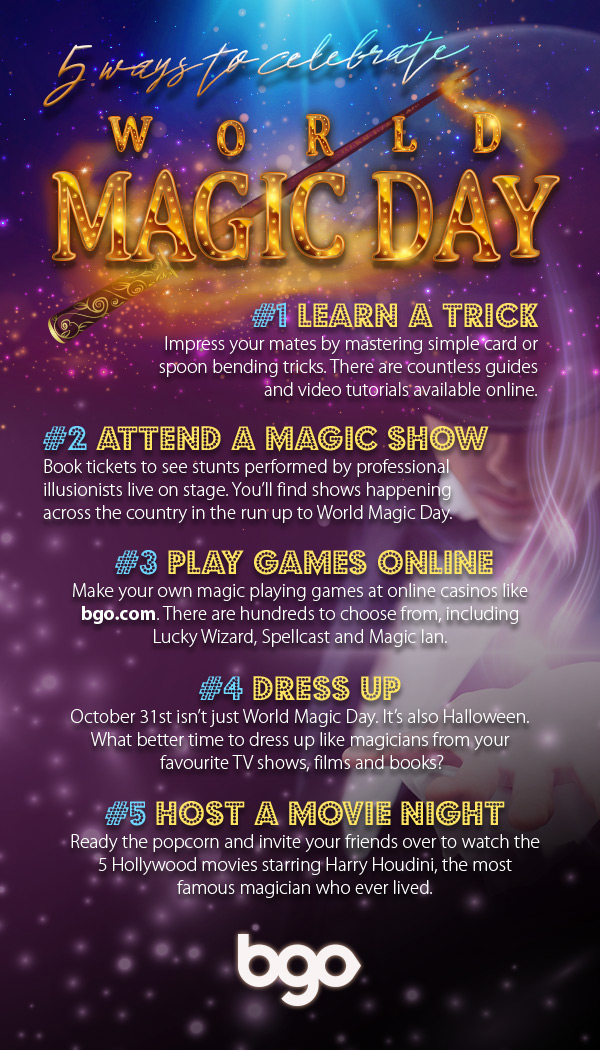 Pumpkins, ghouls and vampires are usually the stars of October 31st. But it should really be magicians hogging the spotlight, because (as well as being Halloween) it’s World Magic Day.

World Magic Day was founded in 1938 by the Society of American Magicians (S.A.M.), one of the oldest and most prestigious magic organisations in the world. It was set up to honour the late Harry Houdini, a former S.A.M. President and world-famous illusionist. With the permission of Houdini’s widow, it took over what had been previously known as ‘Houdini Day’ since his death on October 31st in 1926.

The first World Magic Day was marked with free magic shows in nursing homes, schools, libraries and hospitals, giving people from poorer backgrounds the chance to see world-class magicians from the S.A.M. at work. Over the years, World Magic Day celebrations have become bigger. In fact, in many places it’s now marked with a whole week, rather than just a single day, of magic shows, demonstrations and tutorials.

Want to get involved for yourself this year? To promote their collection of magic slot games like The Great Reveal, we’ve teamed up with the online casino bgo.com to list 5 great ways you can celebrate World Magic Day 2019. Check them all out below.