Home » Around The Web » Birmingham the second luckiest city for Gambling!

Published by admin On August 22, 2016 Leave a response 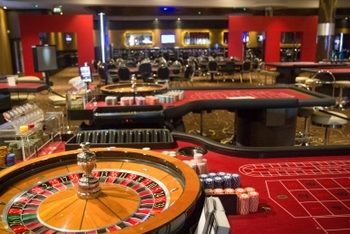 There are several casinos in Birmingham, such as Broadway Plazza, Grosvenor Broadstreet and Genting, near the NEC which is the largest in the city.

Needless to say this is a very popular pastime and it’s no wonder that Birmingham ranks second as the most skilled city to generate winners after Bradford.

Popular gaming website 888 casino are impassioned by gambling and everything that gambling includes, especially statistics that give people a closer insight into what can often be an unpredictable pastime.

Looking over the standout out statistic from 2015 gives readers the chance to analyse winnings and determine which days, weeks and months will pay out the most money. They’ve crunched the numbers, picked apart the data, and created a graphic that points out not only the highest-winning time periods, but the luckiest age range, gender and regions from 2015. You can view their data of best days to win at gambling here.

888 casino conducted their research and found that Birmingham has the 2nd most skilled players of Blackjack in the Country. Among other research they found that September was the luckiest month for gamblers – Thursdays between the hours of 4 – 6pm in particular.

They also covered the lottery numbers you should never pick.

888casino.com discovered that 2015 wasa great year for gambling. September 2015 was the best month for winnings. As stated, best day of the week was Thursday and the luckiest day of 2015 was 9th December.

Women were slightly luckier than men at winning. The UK is the luckiest country with Kuwait the least lucky.

All this data helps to highlight how variable winning can be when you gamble. So if you want to give yourself a good chance at winning that game of blackjack read the article and maybe give it a try. It’s always best to gamble responsibly and never gamble with anything you can’t afford to lose. Having said that, it can be a great pastime and many people do win which adds to the fun.