Byron Hamburgers started back in 2007 with a simple mission: to do one thing, and do it properly. They serve simple, delicious hamburgers, made fresh from properly-sourced British beef and the best ingredients possible, paired with a cold craft beer or an extra-thick shake.

Founder, Tom Byng, came up with the idea of Byron Hamburgers after a four-year stint in America. Inspired by diners such as the Silver Top, in Providence, Rhode Island, Byron Hamburgers was created, to fill a niche within the UK, for simple yet tasty hamburgers and the accompaniment of great craft beers, milkshakes and other U.S. inspired drinks.

A Byron hamburger is made to a special recipe: properly sourced British beef, ground fresh into 6oz patties and cooked medium, so it’s pink and juicy. Served in a squishy bun with a pickle on the side. And that’s it.

There are also a variety of appetizing salads, nachos, chicken wings, cobs, chicken nuggets and plenty more to satisfy most tastebuds. Check out their lunch menu and a great kids menu too!

For those who love their Bourbon, you can choose from Bulleit, Buffalo Trace, Woodford Reserve and more. There are also wines, such as Chenin Blanc, Pinot Grigio, Sauvignon Blanc, Monastrell, Merlot, Shiraz and Malbec not to mention plenty of spirits and mixers, coffess, teas and juices. Check out the drinks menu here.

Byron Hamburgers shows how fast food can actually be enjoyed without the emphasis on fast, this is a sophisticated and relaxed burger joint inthe heart of town. 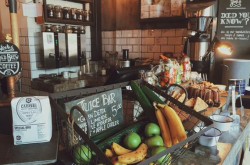 Yorks started out as a Bakery Cafe situated on Newhall Street. Read more… 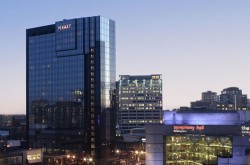 The Hyatt Regency Birmingham is a modern, 4 star hotel situated in the heart of the city and just a few minutes walk from New Street Train… Read more… 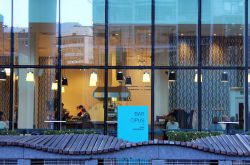 One, Snow Hill, Birmingham B4 6GH