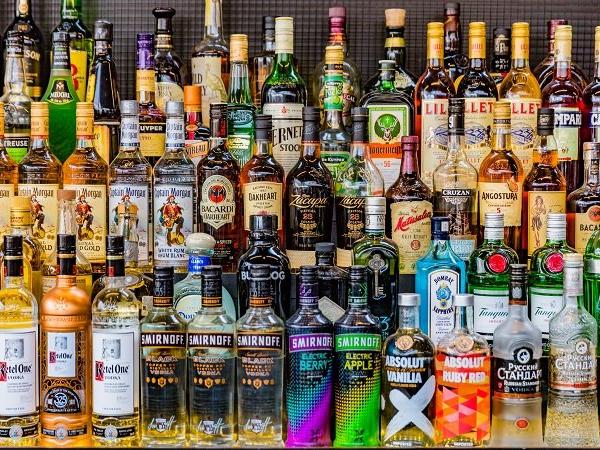 Every man should be good at choosing alcohol. This knowledge will definitely play its role sooner or later, especially if you are going to find a bride. This may be a gift choosing, organization of the event (starting with a wedding and to meeting a foreign delegation) or a regular order at a restaurant when you are dining with your posh girlfriend. Paradoxically, but first, this knowledge will be useful to non-drinkers who risk finding themselves in an awkward situation because people who have not given up alcohol are already familiar with its brands, traditions, and etiquette to some extent. For all this, you do not need to take a sommelier course or drink a new bottle every week. Here is the guide to the world of strong alcohol!

It must be noted that we are going to talk about relatively popular strong drinks, and not about exotic. Of course, Greek ouzo is wonderful, and Italian grappa is unique, but they cannot be found in every city, both in restaurants and in stores. Labels and sellers are constantly trying to make an impression, sticking out the number of years that the drink spent in the barrel, waiting for the bottling. The first thing you should remember is that impressive age does not always mean good quality. Very often, the age of a drink is simply a way to increase its price. And although ageing is indicated for most types of alcohol, it doesn’t always play an important role. Ageing is extremely important for cognac with all its derivatives (armagnac, brandy), whiskey (scotch, bourbon), calvados. The older they are, the better. However, this does not mean that you should immediately buy the “oldest” bottle. But if the ageing is not indicated on the label of one of these drinks, then it is worth being alerted and putting it back on the shelf.

The Anglo-Saxons have decided not to complicate the lives of themselves and others and simply begun to put figures on the labels of whiskey, indicating the age of alcohol. The French, who are always “not like the British,” have begun to label the bottles of brandy and calvados as follows: V.S. means that ageing is not less than 2 years; V.S.O.P. means that ageing is at least 4 years; X.O. shows that ageing is at least 6 years. There are older calvados, cognac, and brandy, but their prices contain less than two zeros. So, probably, you will carefully examine each letter and word on the label before buying them to understand why you should pay such money.

A drink from pirate folklore can also have ageing, but you can choose a good rum without specifying its age. If cognac and whiskey can infuse for a long time and really get new flavors, then rum is a coarser drink. Its basis is sugarcane, which is not inclined to be infused for a long time. Rum, which is more than ten years old, is either a marketing ploy, or a product for collectors, and you are hardly interested in any of these options. Most often, rum is distinguished by the colors that correspond to its ageing.

Light transparent rum is just a sub-product for normal rum. It is used by bartenders for cocktails, or by South American alcoholics, who do not have enough money for proper rum. It has an extremely faint scent and aroma, so it is better to forget about it immediately.

Worthy rum gets its color thanks to infusing in wooden barrels, which bring a new depth to the taste. These “colors” can already be drunk, and you will be able to enjoy an amazing aroma. The main thing is to not fall into the trap of manufacturers who use dyes to make cheap swill look like the good drink.

Alcohol has too many names. As soon as some small, but very proud village began to produce good alcohol, it immediately declared that only it had a worthy drink, and no one else could call it that. It happened with cognac, which is named after the French region.

Due to regional pride, it has turned out that one drink has different names. Never tell the French about this, but cognac and brandy are one and the same. Brandy is the common name for a method of producing alcohol from grapes, while cognac is a regional name. Of all the family of these drinks, brandy is considered the most elite, so it has the highest prices. In general, if you want to try a good brandy, it is better to save a little and take a more expensive one.

Initially, whiskey had the same story as brandy, but it all happened in the UK. Everyone drank the same whiskey until the proud Scots proclaimed that their drink was called Scotch. Everyone did little more than a shrug and continued to drink whiskey and scotch, which differ only in the region of production. Then the British went to America and realized that there were no native cellars with numerous kegs of their favorite amber drink. Worse, there was no barley, from which they could make whiskey. Therefore, the British began to make alcohol from corn. This is how bourbon has appeared, and thanks to the other basis for production, it has even different smell. It’s necessary to learn how to drink whiskey to get pleasure from it; everything is not as easy as it may seem.

Not everything that is called gin has something to do with real gin. There are two main types: gin and jenever. The first one is most often produced in England, and the second one comes from the Netherlands. The basis that gives the two drinks a special taste is a juniper. But gin tastes drier than jenever. So, if you are going to ask a girl out and drink with her, then it is better to take jenever because it tastes a little bit milder.

When choosing alcohol, you need to keep in mind that one drink for X$ will be wonderful, while the other one will be just imitation of alcohol. For example, to make good cognac, you need to grow very naughty grapes at the farm and then keep it in barrels for several years. At the same time, the Balkan brandy, rakija, is made from different fruits, and you can start drinking it much earlier. Therefore, a good cognac will be at least three times more expensive than quality rakija. The most expensive drinks will always be those for which ageing is very important. Therefore, if your budget is limited, it is better to pay attention to South American drinks: rum and cachaca, tequila and mezcal. You can also choose northern gin and jenever, but it will be somewhat more expensive than the same rum just because

production in Europe costs more than in South America and the Caribbean. If you need to save even more, then there are two options: spice and exotic.

Manufacturers of rum and tequila have heard little about the “nobility” of beverages and the mandatory rules of production. Therefore, there is a lot of inexpensive rum and tequila, which include spices, so that they have the taste without long ageing. Often these drinks are very good. The main thing is to carefully read the composition. Such drinks can contain spices like cloves, vanilla, and other things, but not flavoring agents and colorants! You can drink “rum with spices,” but it’s better to forget about “rum drink” or “rum-based drink.”

It is a great way to make an original gift or surprise guests without spending a fortune on it. You can buy an inexpensive regional drink, which anyone has hardly tried. It can be Balkan rakija (fruit brandy), Brazilian cachaca (a type of rum), South American mezcal (half-brother of tequila) and much more. Such drinks always give new impressions and often seem to be something unusual and tasty.

Independent alcohol traditions have developed in different regions. Of course, today rum can be made in France, and brandy can be done anywhere, but there are already established couples “alcohol-region.” Of course, there is always a place for experimentation in life, but if you don’t want to be mistaken, here’s the golden classic.

Rum – Caribbean (starting with Cuba and to tiny islands with unpronounceable names like Antigua and Barbuda);

Gin – the United Kingdom and the Netherlands;

And do not forget that any alcohol is just about good taste and pleasant accompaniment of communication, and not an obligatory attribute of fun and meetings.