Home » Around The Web » Where to Play Poker in Birmingham

Where to Play Poker in Birmingham 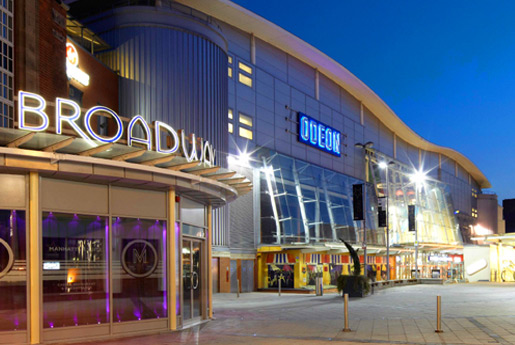 There’s nothing quite like a few hands of poker with your friends on a Friday night or with online sites such as www.casinoguardian.co.uk. But when everyone is busy, and you don’t feel like sitting in front of the computer, where can you go to find some real live poker action here in Birmingham? Well, good news for you, there’s more than one place to get your poker on here in the city.

First up, we head for Broadway Plaza where we find that the aptly named Broadway Casino is open for business seven days a week. Here there are cash games available from 6 p.m. every day, and they have a many games and tables going each night.

Now, if you’re a poker novice, then it’s probably a good idea to make yourself familiar not only with the rules of poker but all the terminolgy associated with the game. And here at the Broadway, the friendly staff will go to the trouble of offering advice and even provide free training for beginners.

We’re also pretty impressed that anyone playing a cash game gets 25 percent off their bill if they eat in the casino’s popular restaurant. Free training, cheap food and cash games? What’s not to like?

This well-known chain of casinos has not one but two locations in the city. There’s one at Fiveways Entertainment Centre and another one on Hill Street. As you can imagine, things in both locations are pretty much the same with plenty of slot machines and casino games. Now, as for poker, both locations have cash games available and are open 24 hours a day. So, if you fancy a game of Texas Hold ‘em at 7 a.m., then it’s the Grosvenor for you.

Both have decent restaurants and bars while the Hill Street location has been newly refurbished since the old Gala closed down. Of the two, we’d say the Fiveways Casino edges it based on its location and its slightly better décor and surroundings.

Another of the world’s major casino chains Genting boasts not one, not two, but three Birmingham casinos. Yes, you read that right, three, although the International is located out by the airport, so realistically, you won’t be heading there unless you’re in route to a weekend in Vegas.

The two city-based locations are in Edgbaston and Chinatown. Edgbaston is a smaller place that has a super-friendly vibe. There are plenty of tables where you can play three-card poker and a 2-for-1 deal on cocktails from 6-9 p.m.

Chinatown Genting has an excellent reputation for welcoming its players. The croupiers are pretty friendly, and everyone in the casino seems to be on the same wavelength with smiles all around. The restaurant is one of the biggest draws of this place with traditional Chinese food on the menu until late at night, and while it might not be on our list of the top Chinese restaurants with vegetarian options, it’s still pretty good! Poker followed by chow mein? Who could ask for more?

So, as you can see, when it comes to poker nights, we are spoiled here in Birmingham. Six top-class casinos with poker tables, one of which even offers free training for novices. So, the next time your friends are too busy for your regular home game, get dressed up and head for one of Birmingham’s top casinos. If you play your cards right, you could go home a winner.