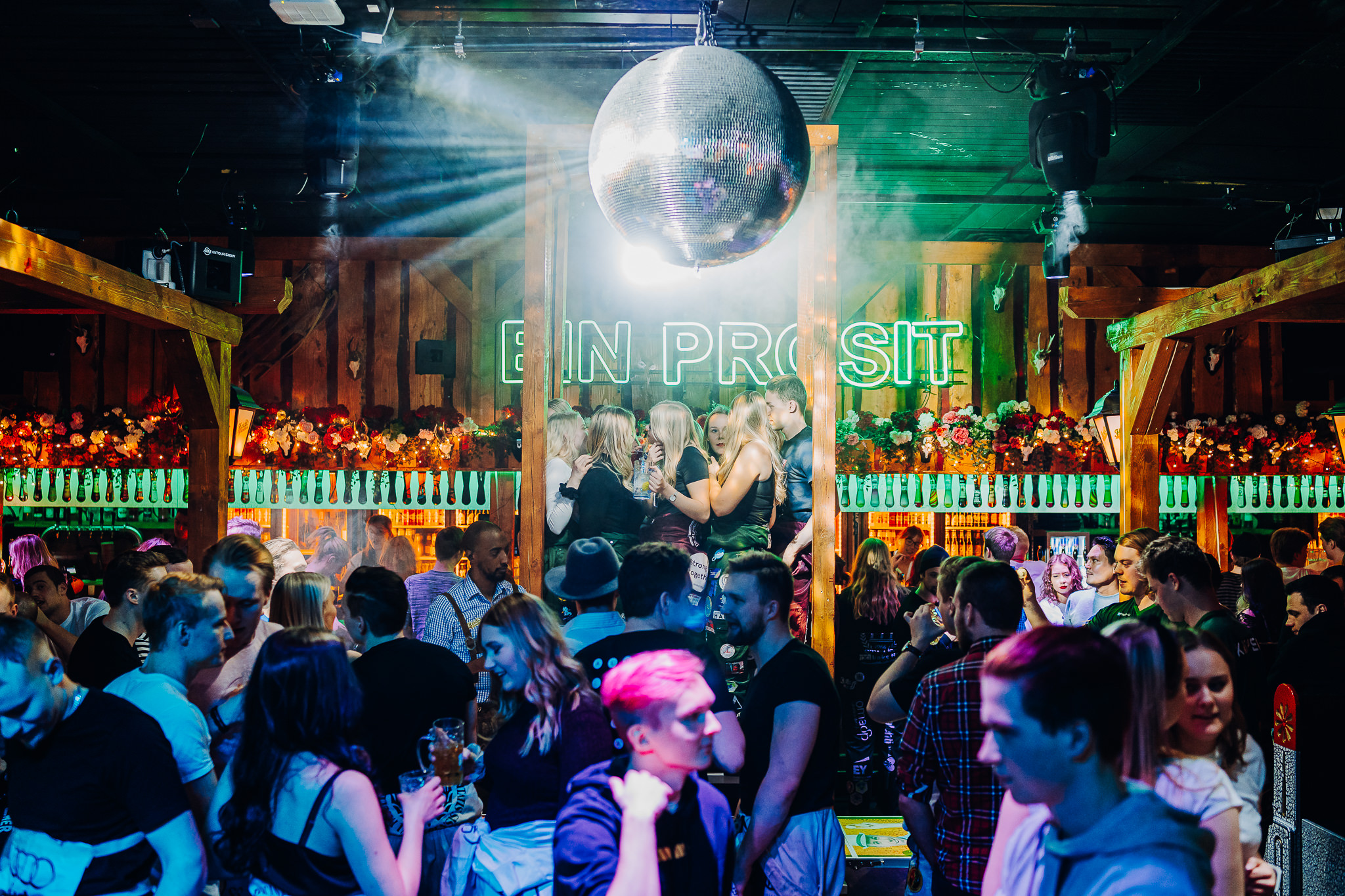 Birmingham has been chosen as the first city in England to welcome Scandinavia’s popular après ski themed Heidi’s Bier Bar. Not only will it be the biggest Heidi’s to date, but it will also be the first to serve food.

Located on Broad Street, REKOM – which also operates PRYZM Birmingham – is investing £1.5 million to transform the former Bierkeller site into an Alpine getaway, creating 50 new jobs.  Local contractors have also been hired to carry out the works.

No expense is being spared on the 1,100 capacity bar, which is due to open on Friday 27 May, with a focus on creating a great guest experience.

As you step into Heidi’s you will enter an Alpine cottage, decked out in responsibly sourced wood, and be greeted by a team of traditionally dressed Heidis and Antons – and if you’re lucky you will even be able to join them dancing on the tables as the party atmosphere gets going.

Operating over two floors, Heidi’s will provide an authentic après ski atmosphere, from specially curated soundtracks and live music, plus a karaoke stage and DJ booth, to themed events, including beer tastings, student nights and stag and hen dos.

At Heidi’s it’s all about theatre, with a huge selection of draught beers served in traditional 1 pint dimpled glasses and 4 pint drink towers, Jägertrains, shots served in a pair of skis and table packages served in a sled. To satisfy the tastebuds, pizzas will be served up on metre long boards.

Heidi’s Bier Bar’s Head of Marketing & Partner, Dennis Kastbjerg, said: “Birmingham was recently listed as England’s most vibrant city and you can see why– it is buzzing night and day and we can’t wait to bring Heidi’s to the city.

“In a Heidi’s, the spirits are always high, the party is wild, and everywhere you look, you see happy people.  You can’t help but have a good time!”

The first Heidi’s Bier Bar opened in Copenhagen in 2004 and since then a further 20 have launched across Denmark, Finland and Norway. In March this year, the first UK site was opened in Cardiff and more Heidi’s are set to follow.

“We have a strong brand identity and have built a loyal fan base,” added Dennis.  “I think it’s the fact Heidi’s isn’t pretentious but just down to earth fun, whether throwing a party for a special occasion or simply catching up with friends for a drink. It’s good for the soul and will bring a whole new vibe to the city when we open.”

REKOM, which operates over 200 bars, pubs and clubs across Scandinavia, first moved into the UK in December 2020 following the acquisition of The Deltic Group.  REKOM UK operates 47 clubs and late night bars in England, Scotland and Wales, including PRYZM Birmingham.