A Guide to Birmingham’s Best Theatres

One of the most exciting elements of Britain’s second city is its growing theatre scene, providing an impressive depth and variety: from musicals and opera to innovative experimental performances. Theatre in the Midlands is well and thriving in Birmingham!

Affectionately known as The REP, this stunning modern theatre sits proudly in Centenary Square in the heart of Birmingham,

The origins of The Rep lie with an initially amateur theatre company the ‘Pilgrim Players’, founded in 1907. Performances were first held in the Old Rep theatre and moved to the present day striking building in 1971.

The Rep, is a producing theatre, and is the longest-established of Britain’s building-based theatre companies, with many innovative and award winning performances. Today The Rep produces a wide range of drama, many of these tour nationally and internationally. It is a jewel in the city’s cultural crown.

Positioned alongside the canal the Crescent Theatre is a striking blue building in the midst of the beautiful Brindley Place, ideally placed for those seeking a pre or post performance meal with the wide variety of restaurants located well within walking distance.

Home to a large auditorium alongside a more intimate studio theatre, the Crescent hosts a number of amateur productions, with impressive frequency. In the upcoming year an adaption of Agatha Christie’s And Then There Were None promises to be a captivating performance for thrill seekers. The 20th century glamour and British middle-class intrigue of Christie’s masterpiece contrasts with Timberlake Wertenbaker’s moving play focusing on an Australian penal colony: Our Country’s Good, to be at the Crescent in March 2018, highlighting the theatre’s flexibility. Known for holding a number of open auditions, it is an important name in Birmingham’s theatre community – particularly for those interested in making a start in it! The stunning architecture of Birmingham’s Old Rep Theatre, alongside its impressive history – founded in 1913 with visitors and debuting actors including the likes of Laurence Olivier and Derek Jacobi – makes it undoubtedly one of the treasures of the city. While the theatre has been recently refurbished, with a new bar area, it retains many of its original features – making it a truly classic theatre experience.

The Old Rep is known for its outstanding family shows, which promise to be continued with its February production of Jungle Book. However, it is also home to comedy events (with comedian and I’m a Celebrity star Shappi Khorsandi in March) and even opera performances, making it the ideal all-encompassing theatre.
Moments away from New Street station this charming, historic theatre is a must for anyone who finds themselves in Birmingham. 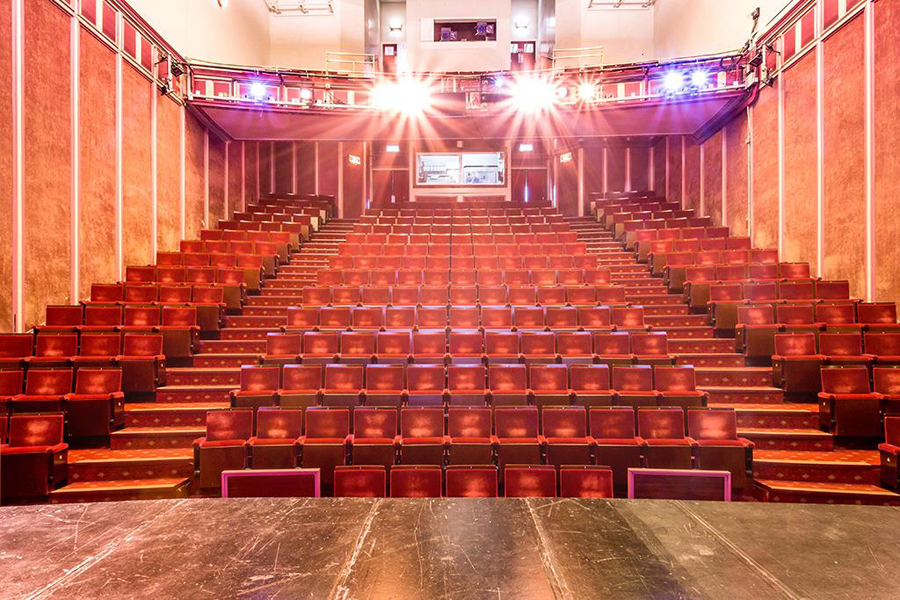 If you are looking to recreate a West End experience then the Birmingham Hippodrome is the perfect place in the city for you. Its huge auditorium is at a perfect rake, allowing each seat to have a fantastic view of the stage. A recent production of the touring cast of the award-winning musical Miss Saigon benefitted from the venue’s state of the art technology resulting in a show which helped validate Birmingham’s place as Britain’s second city. If you missed this, there’s no need to worry: the stunning musical Wicked is coming to the Hippodrome across April 2018.

Unsurprisingly, the attractively modern venue is home to possibly the most varied performances of the theatres of Birmingham. One of the Hippodrome’s most important partnerships is with the enchanting Birmingham Royal Ballet, who will be putting on The Sleeping Beauty as well as Matthew Bourne’s Cinderella in February 2018, followed by Romeo and Juliet and The Nutcracker later in the year.
For those interested in conventional aspects of theatre, the Hippodrome should definitely be the first port of call: it is a guaranteed evening of pleasant entertainment. 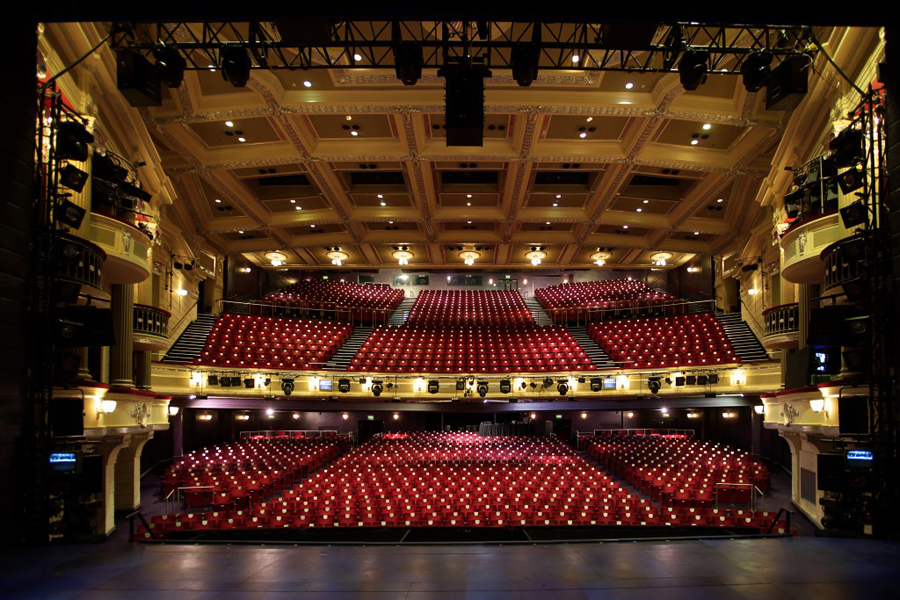 The Old Joint Stock is a pub-restaurant, originally built as a library in 1862, with an intimate theatre in its upper rooms which aptly calls itself “a real gem of a second-city pub”. A mere glance at this gorgeous building makes this evident, but it is the interior which is the real gem: a stunning wooden interior echoes the glamorous Garrison pub in the Birmingham based TV-Show, Peaky Blinders.

The theatre itself seats around 100 and hosts a variety of events, including regular and enticing gin-tasting evenings. Another example of Birmingham’s diverse theatre scene, the Old Joint Stock is to be host to a new and exciting musical based on the life of Jane Austen in January 2018. If you required further motivation to visit this impressive building, opposite St. Philip’s cathedral, then pre-theatre dining offers two courses for just £16! 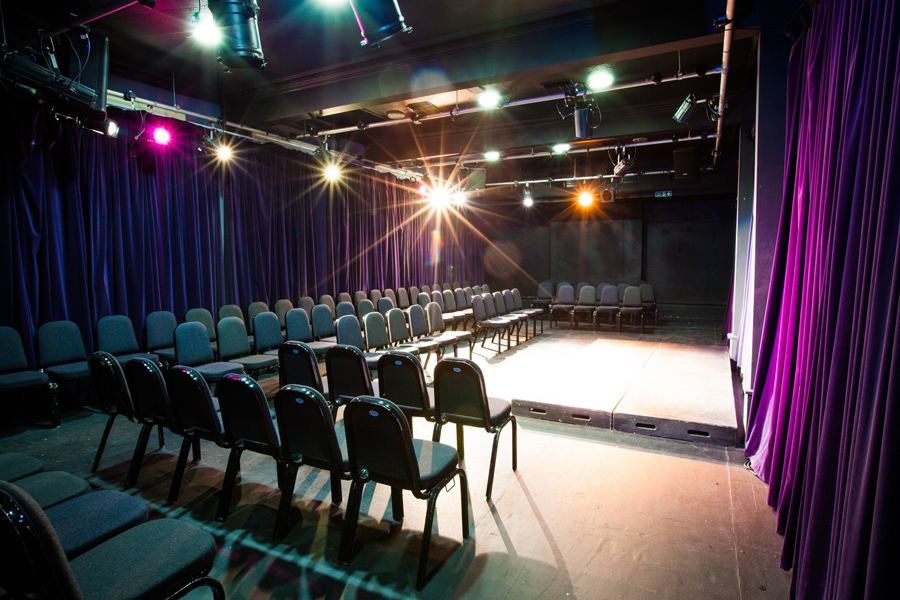 This relatively new performance space was made popular by the experimental production of All The People In The World by Stan’s Café production company. It is now a quirky theatre, promoting independent productions, making this part of Birmingham’s theatre world a truly unique experience.
Another intimate location, to be discovered in the Jewellery Quarter, this unlikely venue has a small studio of 50 seats and is ideal for those interested in the decidedly less commercial side of theatre, as well as exploring Birmingham’s alternative culture.