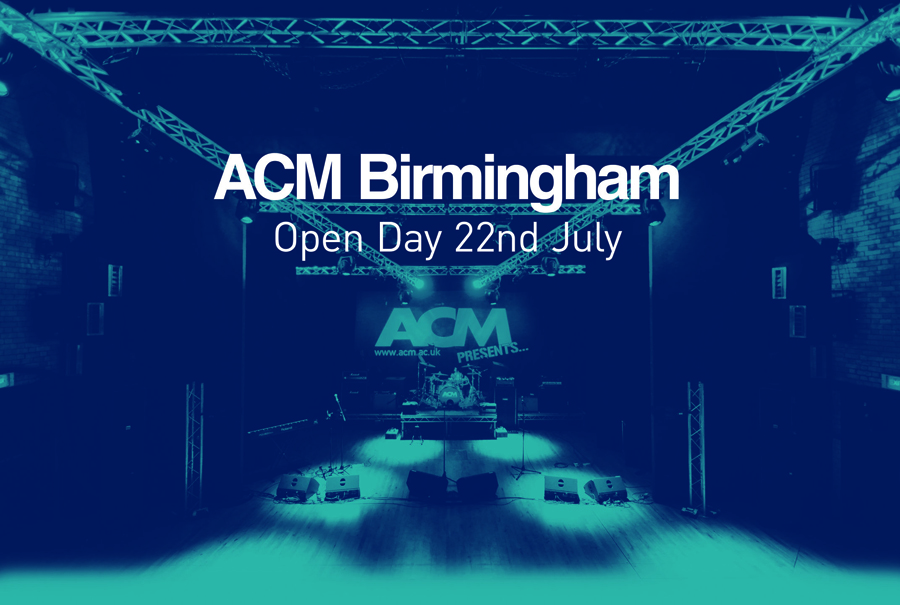 Further to the recent announcement of their new Birmingham campus, the Academy of Contemporary Music (ACM) is pleased to invite prospective students, parents and the local community through the doors of ACM Birmingham for the very first time on July 22nd 2017.

ACM Birmingham is opening as a result of the acquisition of the campus from The Academy of Music & Sound Group.  With approximately 135 students already studying on AMS’ Music Performance and Music Production programmes at the Birmingham site, ACM is looking forward to building the school further over the coming weeks and months.

We are thrilled to be continuing the great job started by AMS in Birmingham and can’t wait to welcome September’s students to our new campus as we work with them towards life long, sustainable careers in this industry that we love. Birmingham is home to so many talented musicians and it’s great to have an ACM base in the Midlands to serve them.

With over 2,000 full time students expected to be studying across ACM’s campuses in September 2017, the Academy is honoured to be bringing its pioneering brand of music industry education to the UK’s second-largest city, where the personal, academic and professional development of its students will be paramount.

ACM Birmingham’s inaugural Open Day on 22nd July will offer those in attendance a fully immersive experience of life at ACM. There will be a masterclass from Lower Than Atlantis’ drummer Eddy Thrower, student performances, and ACM tutors will be on hand to answer questions about the courses on offer.

Those interested in the recently launched Skunk Anansie Scholarship will be able to talk to the band’s guitarist Ace, who is also ACM’s Head of Creative Industry Development in their Industry Link department.

ACM Birmingham is situated in the city’s Jewellery Quarter and is currently accepting applications for September 2017 study via their website: www.acm.ac.uk/courses/birmingham/

To book onto the Open Day click here: www.acm.ac.uk/open-days/