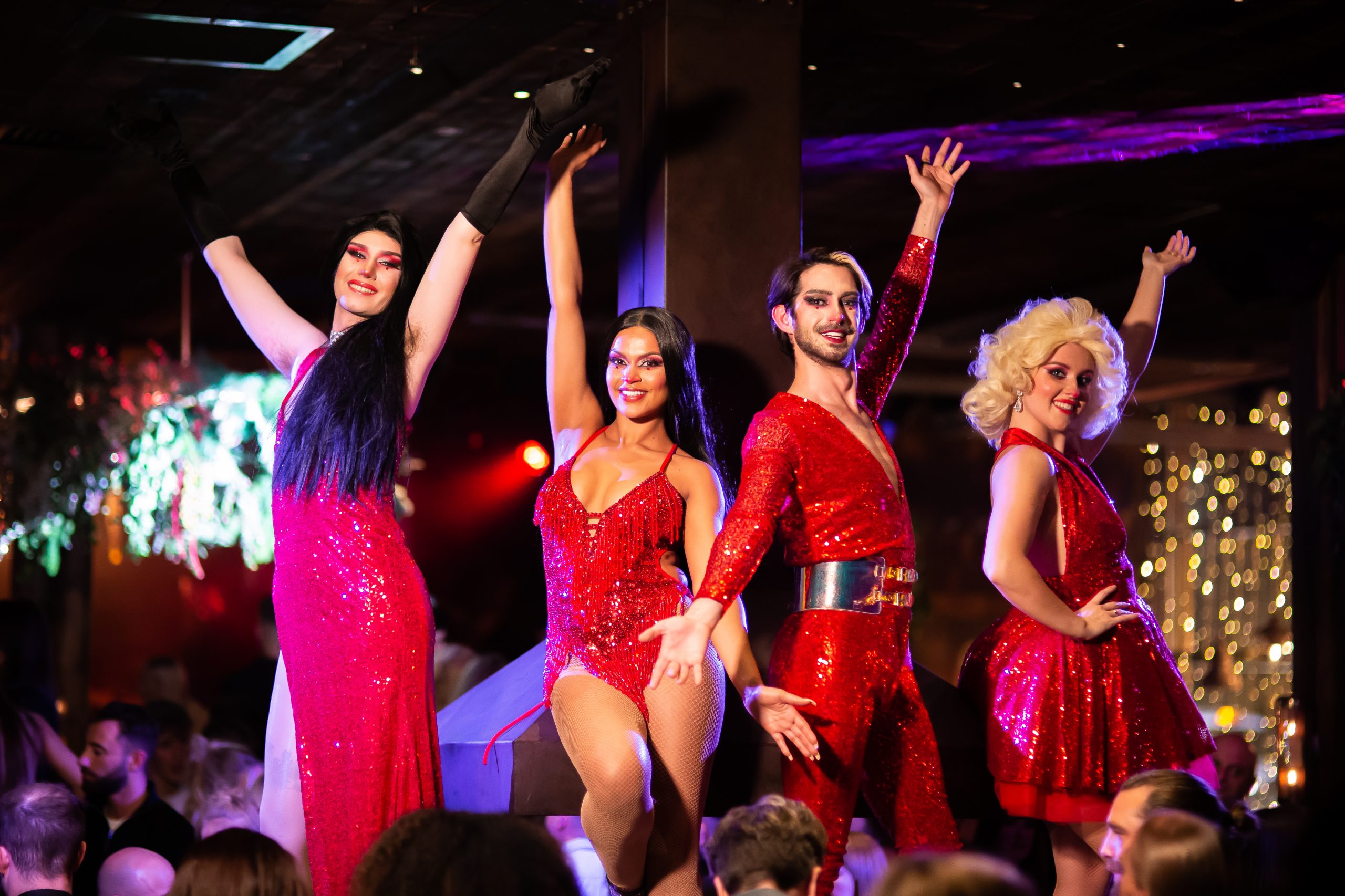 The line-up takes in a thespian by day, burlesque dancer by night, an international lip-syncing drag performer, and a

Albert’s Schloss, famous for its 7 days of showtime schedule filled to the brim with cabaret performances and immersive live entertainment, have recruited their line-up of performers ahead of their opening date : Monday 6 December.

Monday’s entertainment, Back to Mein, will provide guests with artful musical curation. On Tuesdays, the venue will come alive with the famous Kunst Kabaret, extreme and flamboyant live performances from the cabaret underworld. Wednesdays will see the Baby Grand Slam; one stage, two pianists, endless requests. Thursdays are host to Homegrown, locally, and nationally sourced artisanal beats and vibes. Fridays with Albert’s Schloss Haus Band and interactive artistes. Saturdays will see splendour, decadence and delight with the Pleasure Palace and Sunday Service with afternoon choirs and big bands. Family Orchestra will treat guests to the Haus Band, rotating DJs, Cook Haus roasts, grooves, gravy, and good times. Finishing off with Testify, taking you to the holy grail of music!

Underpinning Albert’s Schloss Manchester’s legendary reputation for entertainment, Birmingham have recruited a 110 strong line-up of entertainers, musicians, dancers, and bands who will bring the venue to life every night. With backgrounds in theatre, TV, and choreography the line-up features a variety of incredible performers from across the city:

Jay joins the Albert’s Schloss entertainment team after years of performing for the likes of Charli XCX, Nadine Coyle and Cascada. Jay is an international lip-syncing drag performer, DJ, burlesque and gogo dancer, resident of the award-winning local Birmingham drag show; Mother’s Meeting and was featured in the Birmingham made original video ‘Anywhere Is A Dancefloor’ that premiered as the opening of ‘Birmingham International Dance Fest’.

Shady is a thespian, silver, and small-screen actor by day whilst Shady de Femme is a songstress and burlesque dancer by night. With a background in Shakespeare, musical theatre, Ballroom and Latin, Shady de Femme is prepared to seduce, she said, “I’m here to enchant you with cabaret song, titillate you with coquettish moves and thrill you with comedic compering for a thoroughly raucous evening. My special brand of provocative schtick will ensure you laugh away your cares time and time again”.

Having been dancing since they could walk, Paris Briscoe joins Albert’s Schloss Birmingham after 7 years as a professional dancer. With a background in music videos, performing festivals and appearing in music videos for the likes of Steph London, Paris brings their glittery performance to the heart of the city. Paris featured in TV shows such as Celebability on ITV2 and Comedy Central’s web series Dragony Aunts.

Wedding cake maker by day, podium dancer by night. Trained in ballet, tap, commercial, jazz, street, contemporary, lyrical and many more, Danielle is a fully qualified dance teacher. For the past 4 years they have been a podium dancer and have performed at London’s biggest dance convention three times. By day, they bring people’s wedding day dreams to life and by night they are living their own dream of performing.

Albert’s Schloss will also host a series of regular DJs. Ted Nilsson, Swedish born DJ and producer, joins the Albert’s Schloss entertainment team following a hugely successful international career. Nilsson has played everywhere from Beijing to Ibiza, playing large scale venues and world famous clubs. Ted Nilsson will be joined by a great selection of Midlands based musicians and DJs who will bring Albert’s Schloss to life after dark 7 days a week.

For more information or to book a table, please visit: https://www.albertsschloss.co.uk/

Join Albert’s A-List to be the first to know and for exclusive guestlist, secret supper clubs and fantastich parties: https://www.albertsschloss.co.uk/Birmingham/