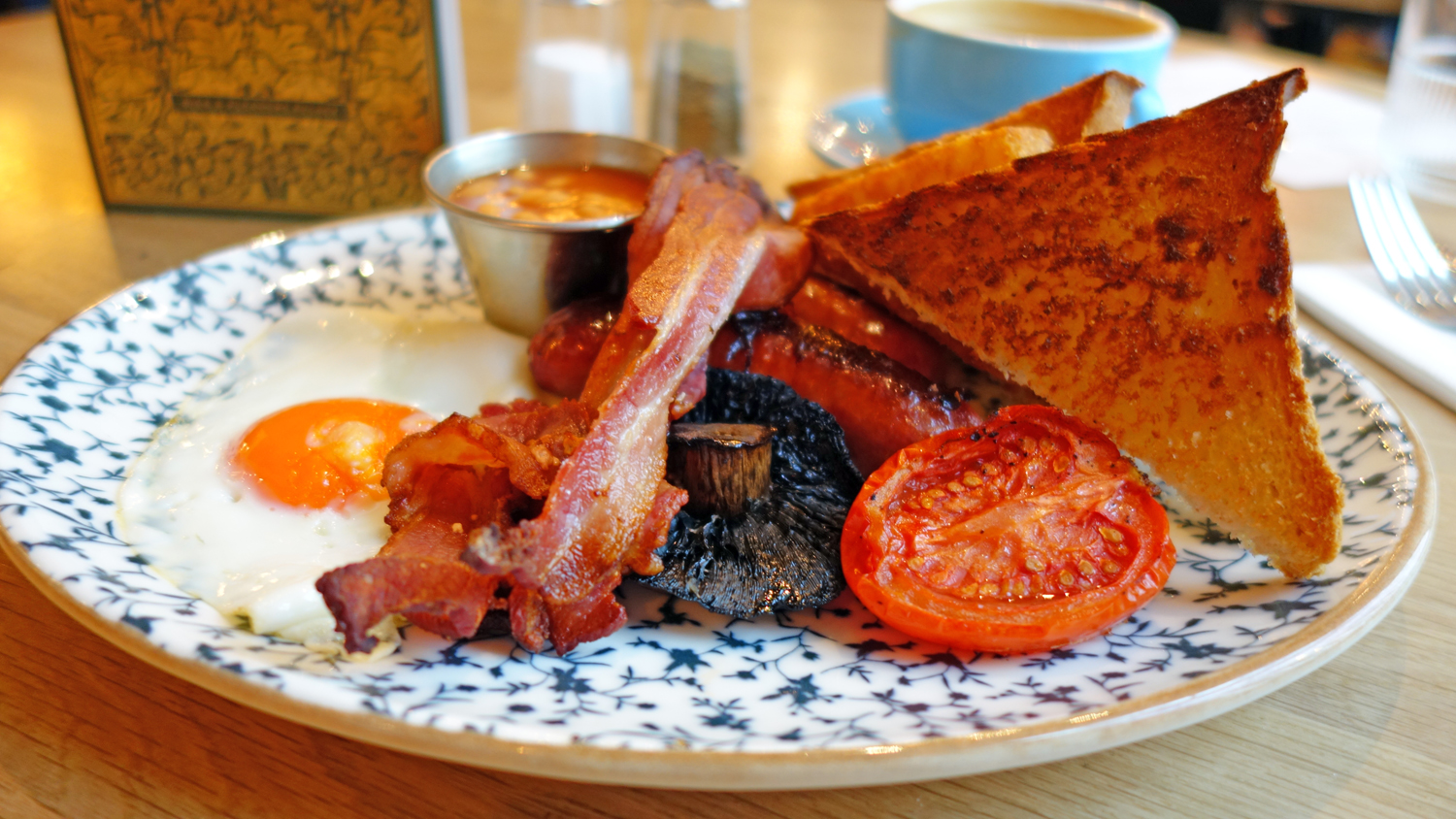 Albert’s Schloss opened in Birmingham’s Paradise development last year. With its Bavarian style live music bar, and large array of drinks set across two rooms. The venue has been broadly welcomed in the heart of the city.

New to the Birmingham branch is a weekend breakfast service. The Albert’s Schloss breakfast is available from 9am – 11.30am on Saturday and Sunday. We were invited to try out this new addition Saturday 26th Feb.

Birmingham central was just starting to busy up, as was Albert’s Schloss.

Saturday morning has a nice low key chilled atmosphere. A pleasant mix of people were soaking up the ambiance with a cool soulful jazzy soundtrack floating around the large open space. Staff are attentive and friendly – this is a great spot to people watch with city folk meandering between Victoria Square and Centenary Square.

There were a couple of tables with lads sinking a few lagers, not rowdy, maybe getting a few early ones in before the game. Another large table with ladies lunching, and then a dozen or so couples dotted around, just a nice mixed vibe.

Diners can choose a livener to kick off the menu with much-loved tipples such as Bloody Mary, Espresso Martini, Garibaldi, Screwdriver cocktails and Le Dolci Colline Prosecco bottles, however, as I was heading back to the office a latte was sufficent!

A quick nose through the breakfast menu and The Avocado + Eggs with chilli butter and lime looked appetising, as did the Schlossage Sandwich, of spicy Bratwurst patty, Black Forest ham, omelette, Gouda, Frankfurt sauce and picked chilli in a Haus-baked pretzel bun.

The tomatoe had a deeply rich delicious sundried taste, and the mushroom, a strong garlic flavour. Whilst I love garlic and enjoyed this very much, it would not be for everyone so might be worth mentioning it’s cooked with garlic to avoid any surprises.

The two sausages were packed full of taste and cooked nicely, however, the bacon was ever so slightly over-cooked and a bit too crispy for my liking. The egg was slightly dry and over cooked for me also. However, overall the breakfast was really satisfying, it’s not the cheapest in the city centre but to be expected in the location. I had to ask for both ketchup, and butter for the toast so as a minor improvement I would suggest they bring these to the table as standard.

I’d rate this a good 8/10 and would visit again. I can see this will be a success with people wishing to breakfast without the rowdy pub atmosphere, and more up market than your usual greasy spoon.

Bookings can be made through the Albert’s Schloss website: https://www.albertsschloss.co.uk/