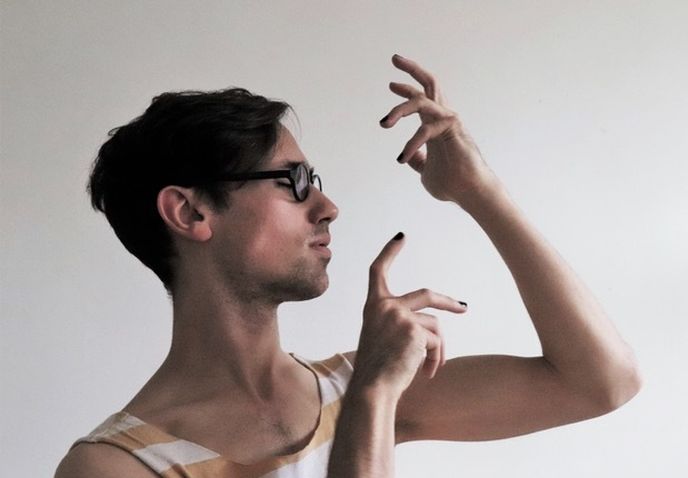 THSH and FLUID join forces to present a free performance by soprano Alexandra Bork and pianist Nick Bonadies ahead of the sell-out gig by Bianca Del Rio in the main hall.

This free and informal recital in Symphony Hall foyer focuses on opera’s heart-shatteringly high-diva moments including Tosca, La Boheme and Carmen with some lively banter.

Alexandra Bork and Nick Bonadies have joined a growing circle of queer classical musicians in the U.K. who smash down walls between its classical concert halls and queer performance spaces.

Alexandra’s golden soprano graces the U.K.’s stages in operatic roles from Madame Butterfly to Fiordiligi; they also appear as a regular on the London Pride and cabaret scene.

Nick has appeared as a soloist in St. John’s Smith Square, as a drag harpsichordist on Channel 4, and also as a PhD student, working with classical music as raw material for radical queer performance.

The duo made their debut in 2017 at C.N. Lester’s Transpose at Barbican Centre, a curation of trans-, genderqueer, and non-binary artists and performers, eliciting screams of rapture by way of Puccini, Monteverdi, and Dvorak.