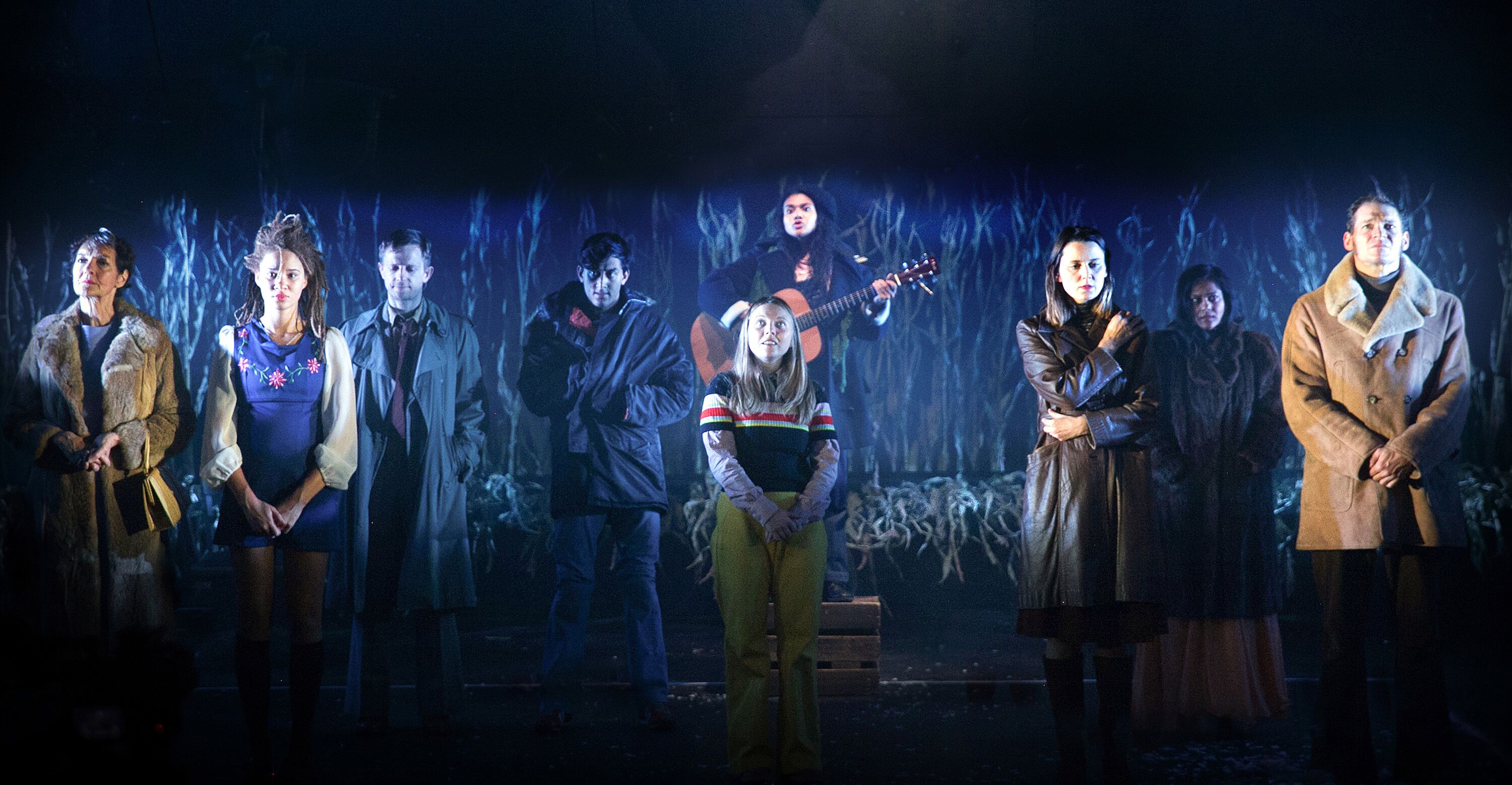 Having read and really enjoyed the book I was intrigued to have the opportunity to watch the live theatrical version. The play kept closely to the original narrative and was easy to follow even without reading the book. The visual production was very appealing. Whilst the stage didn’t change throughout the performance it did make creative use of mirror imagery and the full space of the stage to maintain interest throughout the performance. The murder was sensitively covered and not at all voyeuristic. The music selection was appropriate and a positive dimension.

The book was always going to be a difficult act to follow. Peter Jackson’s film version didn’t satisfy all tastes, and the trick was to convey the mood of the book. This is difficult because despite the challenging and difficult subject matter – child rape and murder – the overall mood of the book struck a balance between the sheer dreadfulness and impact of this event on a family and community, but managed to build an overall positive mentality and outcome as the perpetrator was brought to rights. The play was much more downbeat than the book, replying on individual episodes to try and relieve the ongoing gloom. The use of sexual humour to try and lighten the atmosphere felt a little inappropriate to me.

The cast was strong, from Susie herself, to Susie’s troubled mother who explored compellingly how she was struggling to come to terms with her daughter’s abduction. Susie’s sister was also very strong. The book focussed very much on Susie’s personal experience and how she strove to try and influence her family to lead them to the perpetrator of the murder, combined with the heartbreak felt by the family. Initially the play captured this dynamic exceptionally well. The creative approach of a square being drawn visually displayed the demarcation between the living and the recently dead, and the initial dialogue made it clear to non-readers of the original book what the situation was and what was going on.

The play then moved away from this concept to concentrate more on the reactions and lives of the living family, slightly losing the connection with Susie despite her being omnipresent.

The play moved at a good pace throughout and the Birmingham Repertory Theatre was a superb venue to take it all in.

Congratulations to performing a difficult book on the stage.