Home » What's on » All Years Leaving Festival at Hare and Hounds

All Years Leaving Festival at Hare and Hounds 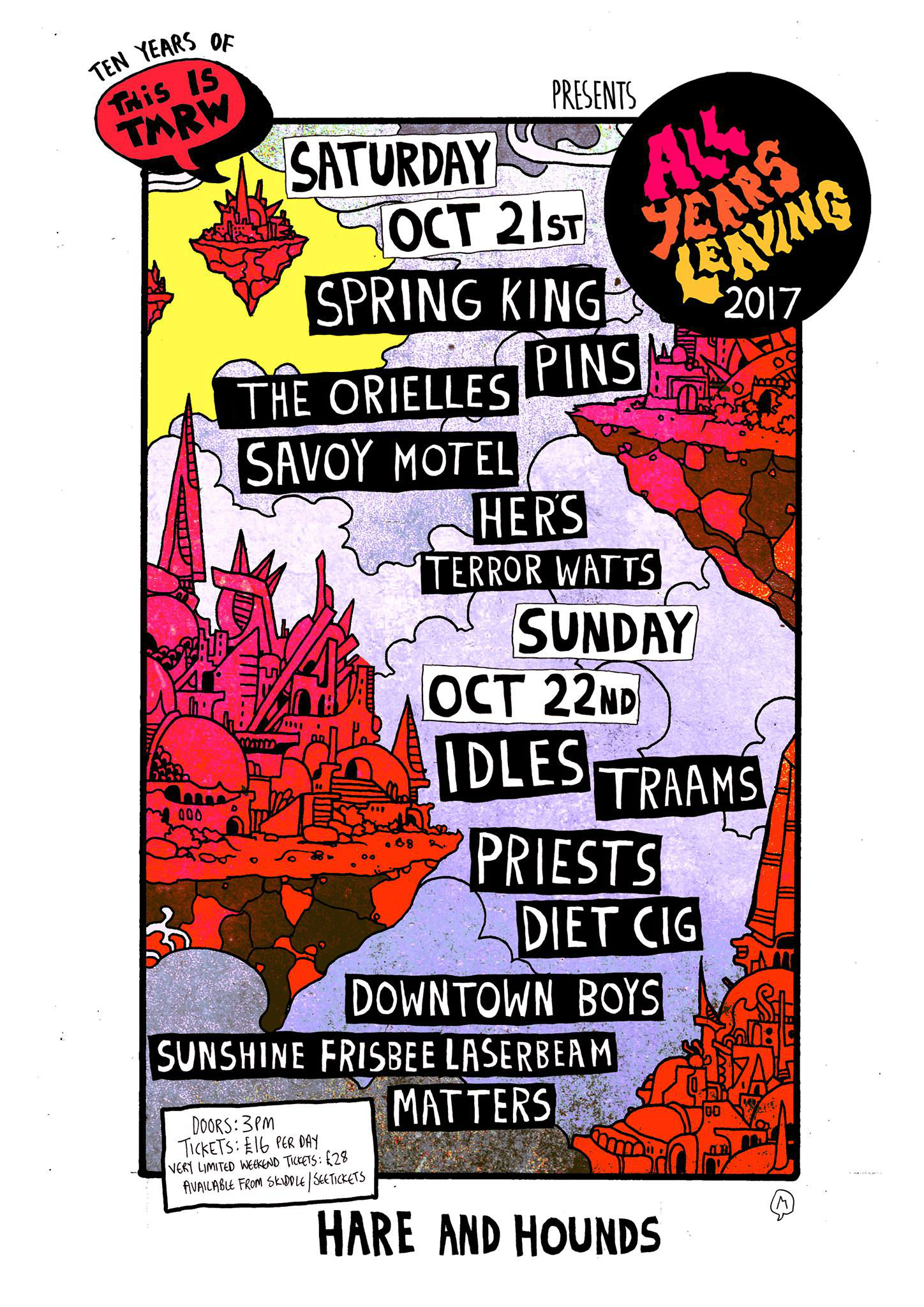 Now in its jubilant fifth year, All Years Leaving Festival returns this Autumn with its most eclectic line up yet which should establish it as one of the most ambitious new music festivals on the indoor circuit.

Taking place over two floors of the historic Hare and Hounds Pub in Kings Heath the festival will once again see a host of internationally acclaimed bands play this intimate festival alongside local favourites. Saturday 21 October will be headlined by This Is Tmrw favourites SPRING KING, easily one of the best live acts around who have smashed through the festival circuit all summer long without fail.

Also on the Saturday sees the return of Manchester’s PINS, the dreamy sunshine pop of THE ORIELLES, SAVOY MOTEL, HERS and locals TERROR WATTS.

Sunday steps up the volume even more with the pulsating kraut-rock of MATTERS opening the day, local heroes SUNSHINE FRISBEE LASERBEAM, fiery punk rock from DOWNTOWN BOYS, DIET CIG, and Washington DC’s PRIESTS, AYL returnees TRAAMS and finally headliners IDLES whose heavy post-punk is sure to whip up a frenzy at the festivals close. A host of other acts will also grace the Stables stage in between the main room acts.

THIS IS TMRW PRESENTS