An Ode To The Tower Ballroom by Jim Simpson 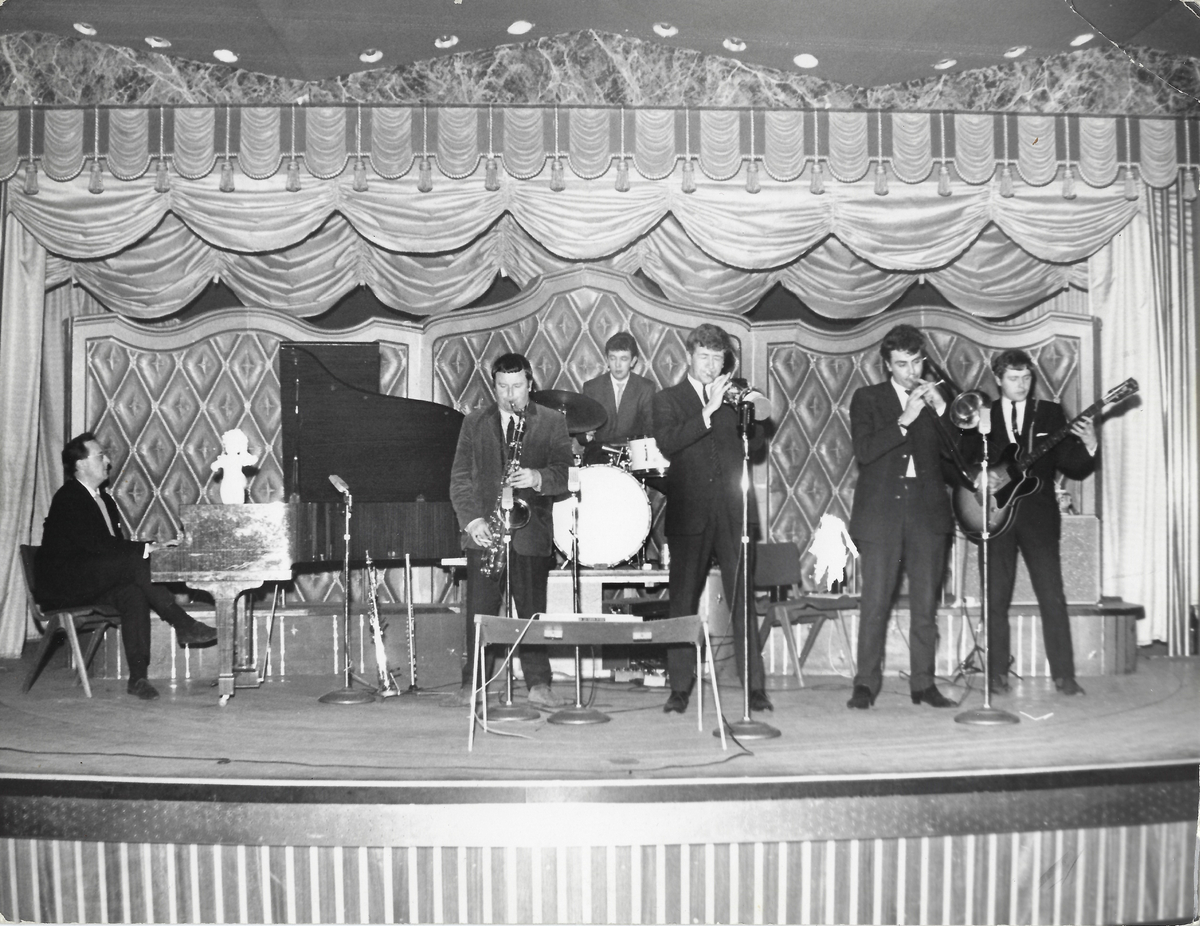 The news that The Tower Ballroom in Edgbaston is about to be demolished must have provoked many a memory of Brum’s most popular 1960s dance hall.

It’s sad to hear that The Tower Ballroom, situated right by the Edgbaston Reservoir is set to be demolished. It first opened as an ice rink nearly 200 years ago, in 1827, before converting into many people’s favourite Birmingham niterie.

Musicians remember it particularly for its revolving bandstand, me probably more than most. From around 1963, my band, then The Blueshounds, held the Sunday weekly jazz night residency. It was a terrific gig, great audiences, a lot of dancing, nice backstage area – and that revolving bandstand. Every few weeks the management would bring in a headliner and my band would stay in as opening act.

I’ll not easily forget the night the Chris Barber Band headlined. In all honesty, we didn’t feel that the band was the coolest, though they did boast some fine players, and when they played on over the time allocated for their set, there we were, waiting on the reverse, hidden side of the bandstand for them to finish.

We had held down that residency for more than a year, so we knew how the revolving bandstand was operated, and thinking what a fine jape it would be to revolve the bandstand with the Barber Band left playing to a black wall while The Blueshounds were left playing to a visibly amused audience.

The venue manager however, didn’t find it terribly funny, and, saying that it wasn’t the first time we had transgressed, sacked us on the spot.

The resident band, playing Monday through Saturday, were the splendid Brian Pearsall Orchestra, sixteen accomplished musicians, proper players. Although their mission was to play for dancers, they did it with aplomb and didn’t sacrifice the swing by getting cheesy.

They were cool, that is, other than those garish pink band jackets, which is where my earlier misdemeanour came in. The management wanted us to provide new publicity photographs of The Blueshounds, as they felt we looked too scruffy on the existing ones. Therein lay the problem. We were scruffy, and were left with only one solution, that was to borrow the resident band’s pink jackets from their lockers, which we duly did, but it seemed such fun that we decided to wear them for our performance that evening before returning them to the lockers.

Reportedly, some of the Pearsall Orchestra chaps complained that their pink jackets not only were dishevelled, with stains that could only have come from spilled beer along with clear traces of tomato ketchup that could only have leaked from a carelessly-eaten hot dog. There was also, in one of the jacket pockets, a quantity of some rare herb, wrapped in silver foil that seemed to particularly annoy the venue manager.

What I particularly remember of our Tower Ballroom days was the quality of the musicians in The Blueshounds. I have always had a policy of hiring musicians who were better than me – it seemed foolish to do otherwise. Still does.

Roy Fisher went on to establish careers both as a published poet and jazz musician; Mike Burney would play in Billy Fury’s backing group, Roy Wood’s Wizzard and The Syd Lawrence Orchestra as well as sessioning for The Beach Boys, Chaka Khan, Steve Winwood, Sammy Davis Jr., Bob Hope, Dionne Warwick and many more; Duncan Swift left The Blueshounds to join Kenny Ball & His Jazzmen on piano, later establishing himself as a leading Harlem stride-style pianist with two Big Bear albums, “Out Looking For The Lion” and “The Broadwood Concert”; Graham Gallery was to enjoy a most impressive career in music, including several years with Engelbert Humperdinck.

Reposted from @atticbrewco 🚏SIGNALS🚆 . Have