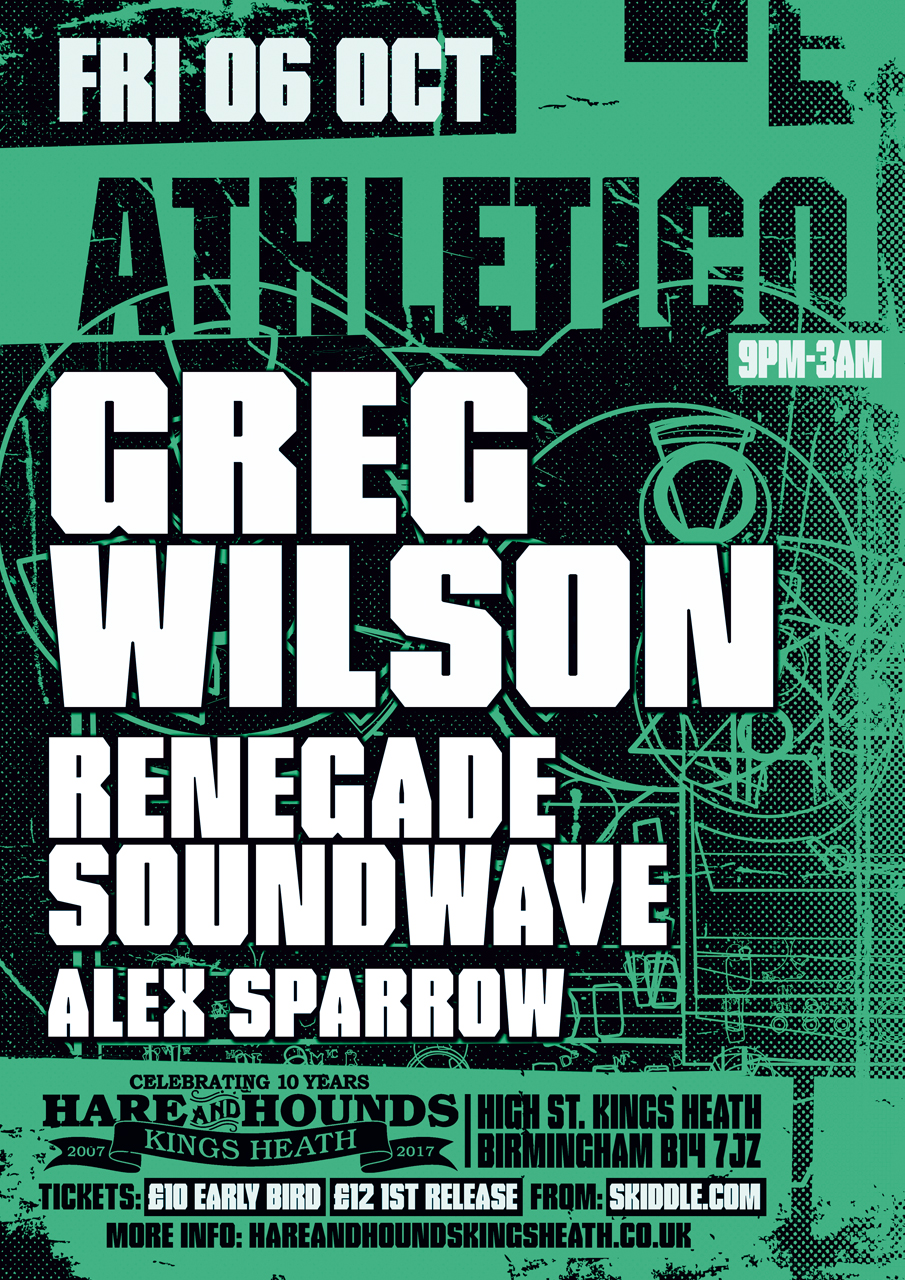 After the success of their re-launch event with James Lavelle, Chicken Lips and Renegade Soundwave, Athletico are back with their 2nd instalment. This time it features the legendary Greg Wilson, Renegade Soundwave and Alex Sparrow.

Greg Wilson began DJing in 1975 and is regarded as one of the most important figures on the UK dance scene. He enjoyed hugely popular residencies in the early eighties at Wigan Pier and Manchester’s majorly influential Legend. He was a pioneer of mixing in the UK and in 1983 he became the first ‘dance music’ DJ hired for a regular weekly session at Manchester’s now legendary Hacienda club. Greg was instrumental in breaking the new electronic, post-disco records coming out of New York, a sound he has dubbed ‘Electro-Funk’.

Greg is a highly respected DJ in the scene, being able to call the likes of Mr Scruff, Norman Jay MBE, A Guy Called Gerald, and Fatboy Slim as huge fans. Tom Findlay from Groove Armada describes Greg as ‘A cornerstone of UK dance music’, and we feel that this description fits him perfectly. We can’t wait to welcome Greg down to the H&H for an evening that promises to be something truly special.