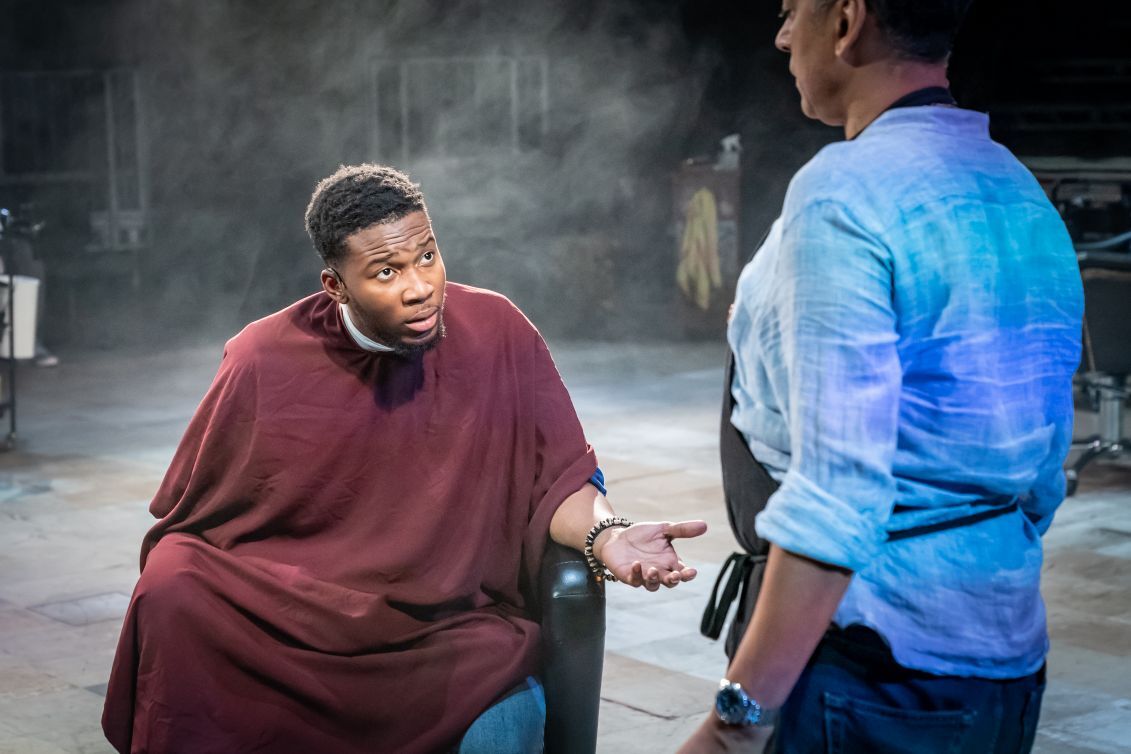 Written by Nigerian-born poet and playwright Inua Ellams, Barber Shop Chronicles is a heart-warming, hilarious and insightful play that journeys from a barber shop in Peckham to Johannesburg, Harare, Kampala, Lagos and Accra over the course of a single day.

The barber shops are places where the banter can be barbed and the truth is always telling. For generations, African men have gathered in barber shops to discuss the world – they are the local newsroom, political platform, hot-spot, confession box, preacher-pulpit, and football stadium.

“Years ago I learnt of a charity that was trying to train barbers in the very basics of counselling, and I never realised how intimate the conversations could get between barbers and clients” said writer, Inua Ellams. “Initially I wanted to create poems but after six weeks research visiting barber shops across South Africa, Kenya, Uganda, Nigeria, Ghana and London the ideas of poems turned to conversations to scenes, to settings, to drama, to politics, to history. It struck me that on some level people believed there were sacred elements to barber shops.”

The resulting play gives a sharp insight and celebration of a cultural space rarely explored. The characters in the play are sages, role models and father figures; they are the glue that keeps men together.

With an ensemble of 12, Barber Shop Chronicles is an exploration of black masculinity set in six cities across two continents. Exhilarating and joyous, this ringside view of conversations both personal and political bursts with song, wit and soul searching.

“We are hugely proud of this joyful and soulful production of Inua’s important and life-affirming play,” said Kate McGrath, Director of Fuel who are the producers of the show. “We are particularly excited, given Fuel’s deep and longstanding dedication to national touring, to be working in partnership with Birmingham Repertory Theatre to bring the show to audiences in the West Midlands.” The REP and Fuel recently co-produced the premiere of Inua Ellams’ latest play, The Half God of Rainfall.

The cast for Barber Shops Chronicles at The REP features: Maynard Eziashi, Adé Dee Haastrup, Emmanuel Ighodaro, Demmy Ladipo, Mohammed Mansaray, Anthony Ofoegbu, David Webber, and incoming cast members Micah Balfour, Okorie Chukwu, Tom Moutchi, Elmi Rashid Elmi, and Eric Shango. Both Maynard and David have been with the show since the world premiere at the National Theatre in 2017, notching up over 600 performances between them.