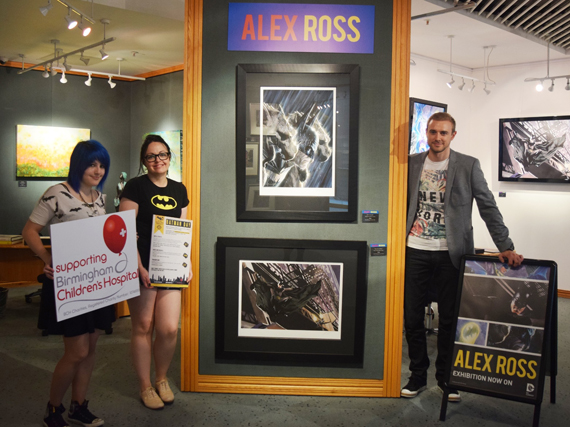 Castle Galleries has donated a limited edition print by one of the world’s foremost comic book artists for a Batman Day fundraising event in aid of Birmingham Children’s Hospital.

A signed artwork from The Alex Ross collection, which features Superman and Batman, is one of the top prizes being offered for the online gala raffle, which aims to raise £2,000 on international Batman Day, a global celebration on July 23 to mark the Dark Knight’s 75th anniversary.

To celebrate the landmark, two Birmingham-based Batman superfans, Laura-Rose Ford and Joanne Krawec, working with Nostalgia and Comics in Smallbrook Queensway, have organised a charity event on the day dedicated to the superhero. 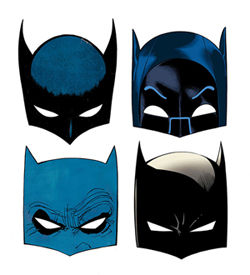 The pair have already secured a raft of exclusive signed prizes from writers and artists Scott Snyder, Jock, Greg Capullo and Gail Simone for an online raffle, which is attracting fans from across the world. And the prize haul has been boosted further with the donation of edition number 75 from Castle Galleries.

Alex Ross, known as the Norman Rockwell of comics, is one of the most respected and admired comic book artists in the world. He has completed more than 1,000 pages and covers for DC Comics and Marvel and is a featured artist at Castle Galleries, where his signed limited editions are sold for between £695 and £5,900.

Michael Perry of Castle Galleries, said it heard of the charity fundraiser by chance and was keen to get involved to help raise money for the hospital.

“I found out through a gentleman at the Craven Arms pub in Birmingham that they were doing this charity event for BCH and that it was Batman’s 75th birthday coming up,” he said.

“Because Alex Ross is one of our artists, there was no question about us offering to help such a good cause, so we offered this amazing limited edition of prints from his latest collection.

“We wish them every success in their fundraising efforts on the day and look forward to seeing how much they raise.”

Tickets for the raffle cost £1 and can be bought either online at their JustGiving page (https://www.justgiving.com/howbatmaniam-batsdontkill) or in store at Nostalgia and Comics.

On July 23, the comic store will also sell Batman cupcakes and biscuits for 50p as part of the fundraiser.

There will be a fundraiser event at Nostalgia and Comics on July 23rd, then the party moves onto the Craven Arms Pub in the evening for more shenanigans.

Find out more about Batman Day from DC Comics>>