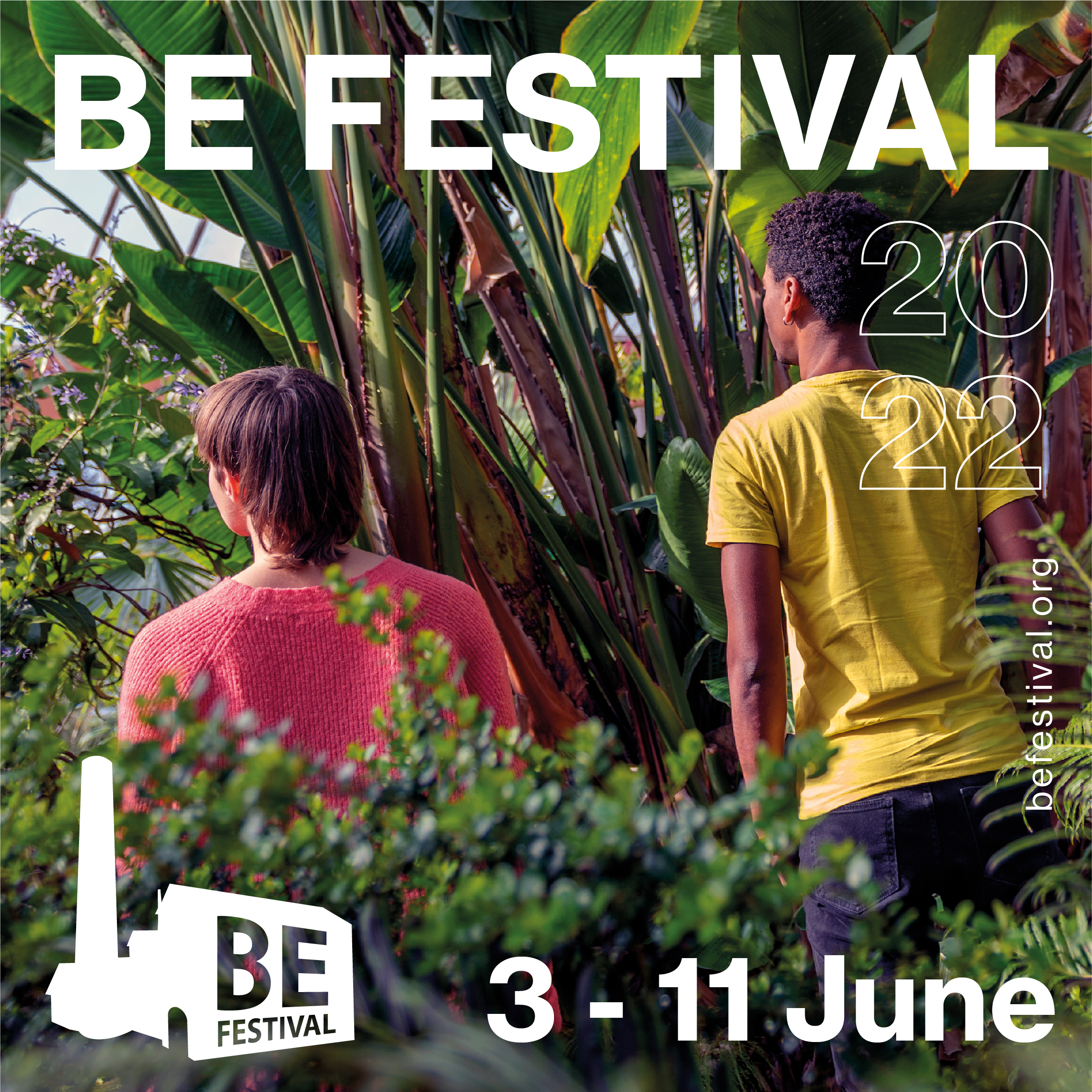 A celebration of the city of Birmingham where you, and your plants are BEing invited to participate and become the stars!

BE FESTIVAL: Birmingham European Festival of Performing Arts exists to challenge and turn the notion of theatre upside down, crossing borders, creative disciplines and blurring boundaries between audiences and artists. This year is no different. Between 3 – 11 June 2022, BE FESTIVAL will be returning with two large-scale participatory theatrical events: Atlas Birmingham (3 & 4 June) at the Crescent Theatre and the following week, with Garden State (8 – 11 June) at Midlands Arts Centre.

Ana Borralho & João Galante (Portugal) will be opening BE FESTIVAL with Atlas Birmingham (3 – 4 June, Crescent Theatre).  We will be inviting 100 people from Birmingham to perform onstage to make a living map of the city. The participants will be from all backgrounds, professions and ages, mapping an ‘atlas’ of the complex cohesion of the social fabric of Birmingham. Through repeated mantras, and expressions of hopes, fears and dreams specific to Birmingham, Atlas Birmingham is a quiet revolution motivated by the belief that art should play an active role in society and that theatre is a political space.

As part of the Birmingham 2022 Festival, Fabrice Mazliah/Work of Act formerly MAMAZA (Germany) will be presenting the UK premiere of Garden State (8 – 11 June, Midlands Arts Centre).

We will be knocking on doors of residents from across the city to invite them to help transform the MAC’s main stage into an exotic ephemeral communal garden made of their favourite house plants, transforming the stage into an audience space.

Garden State is a durational installation where a programme of free workshops, yoga classes, photography sessions and live performances will take place alongside talks, open mic sessions, meals and concerts. The installation is inspired by the myth of Libertalia, an anarchist colony in 17th century Madagascar where pirates liberated ships of slaves and they all lived together in freedom in an exotic and peaceful community.

Full programme details for all of the events in the Garden State will be announced in May. Sign up to our newsletter to be first to hear: https://befestival.org

This summer BE FESTIVAL is presenting two exciting large-scale community projects and we are seeking Birmingham residents to take part so if you would like to be part of Atlas Birmingham (no drama experience necessary), a living map of the city,or contribute to Garden State by lending us one of your favourite plants, please visit our website for more information or: