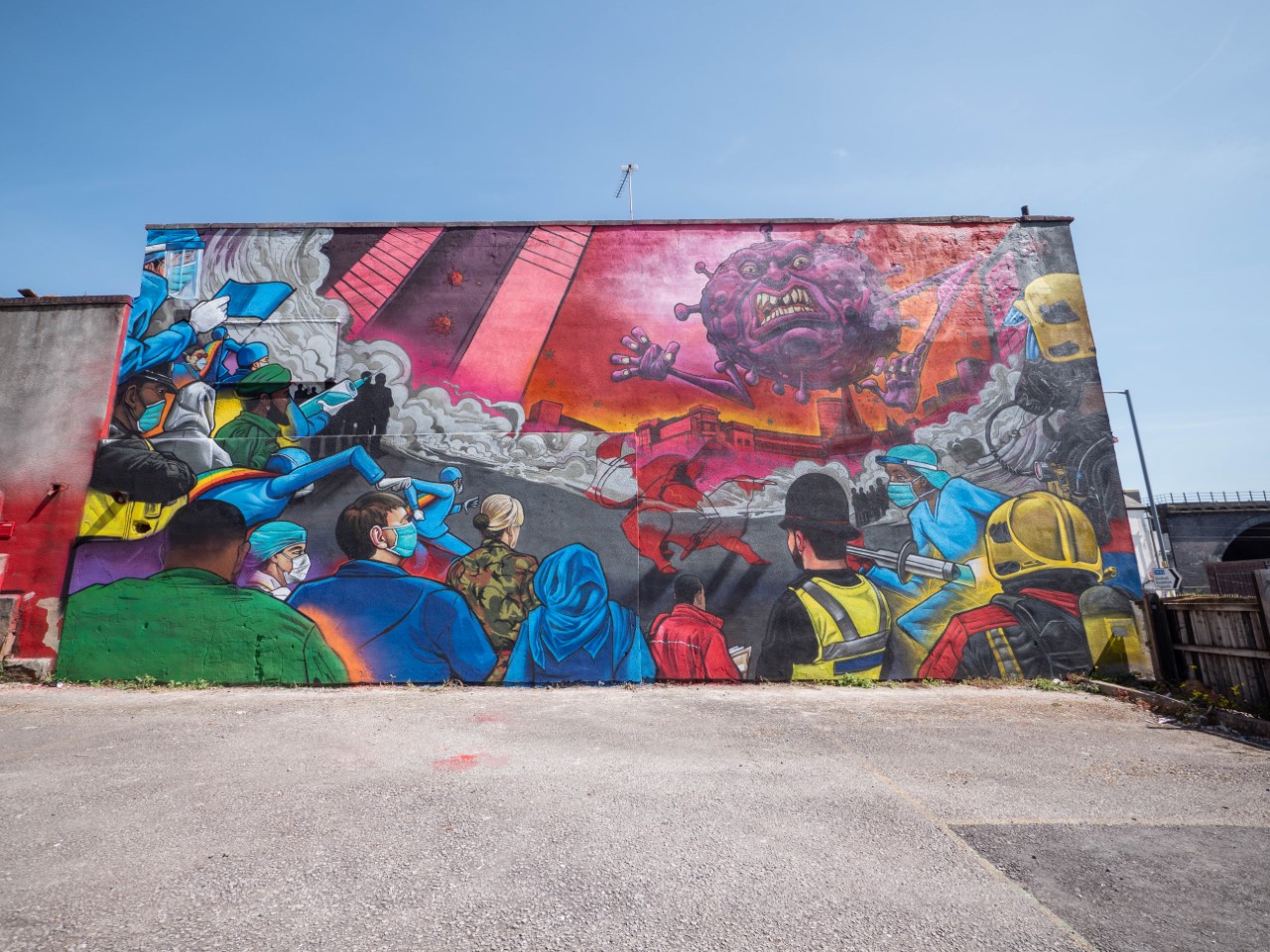 Art for Charity is pleased to announce the launch of the official commemorative prints of the Forward in Unity mural.

The largest of the prints are available in A0 size and comprises 150 limited edition prints and ten official artist’s proofs. Each is hand-signed by the artist, together with dignitaries and front-line staff from across Birmingham.

They are accompanied by further limited edition A1 versions signed by the artist, and an A2 commemorative print.

Head of Operations at Art for Charity, Nathaniel Hanna, said:

We’re delighted with the response to the Forward in Unity mural and we’re equally pleased to have made the official prints a reality. The art4charity concept is all about harnessing creative talent in the city and using it to raise funds for charities in Birmingham. These prints serve as the centrepiece of making that happen.

We’ve seen massive interest in the prints already, and we look forward to carrying out the next stage of what will be the first creative project of many under the art4charity banner.

The launch of these fundraising prints is accompanied by the official video documenting the creation of the mural on Meriden Street in Digbeth :

Showcasing the transformation of the wall by Gent 48, and featuring vocals from Birmingham’s Lady Sanity, this striking piece further demonstrates the contributions of some of the city’s most exceptional creative talents.

Proceeds from the prints will be divided between art4charity’s selected organisations, including the Lord Mayor of Birmingham’s Charity, Acorns Children’s Hospice, Birmingham St. Mary’s Hospice and SIFA Fireside.

Full details on the prints, along with purchase options, can be found at https://art4charity.co.uk/prints-posters/.