Home » Food & Drink News » Birmingham Craft Beer: The Growing World of the Traditional, Original and Small Batch in the City.

Birmingham Craft Beer: The Growing World of the Traditional, Original and Small Batch in the City. Is the haze craze getting you in a daze? Can’t decode the blackboard of beers at your local bar? What is the craic with untapped? Want to know what beers to try now? All your answers to the varied and expanding beer scene in Brum is unravelled by Mystic Malt herself, so you can test that palate and find the beer of your dreams.

Birmingham has had an explosion of new microbreweries and a host of bars and restaurants that wish to explore and celebrate the city’s new found pleasures in fermentation.

Craft beer is huge globally. As the market becomes even more varied, so come the hard core crew of craft beer fans and the club even comes with its own slang – words that appear to make technical sense, but contextually you may be drowning in vocab …until now of course. Help is at hand with with some regular definitions and even some super geek beer breakdowns! Ale: Ales are beers fermented with top-fermenting yeast. Ales typically are fermented at warmer temperatures than lagers, and are often served warmer.

Bitterness: In beer, the bitterness is caused by the tannins and iso-humulones of hops. Bitterness of hops is perceived in the taste. The amount of bitterness in a beer is one of the defining characteristics of a beer style.

Gose: A top-fermented beer that originated in Goslar, Germany. It is brewed with at least 50% of the grain bill being malted wheat. Dominant flavours in gose include a lemon tartness, a herbal characteristic, and a strong saltiness.

DH(Dry Hopping): The addition of hops late in the brewing process to increase the hop aroma of a finished beer without significantly affecting its bitterness.

Sour: A beer with an acidic and tart taste. Sometimes the result of a bacterial influence intended by the brewer, from either wild or inoculated bacteria such as lactobacillus and pediococcus.

Saison: Saison (French, “season,”) is a pale ale that is highly carbonated, fruity, spicy, and often bottle conditioned. It was historically brewed with low alcohol levels, but modern productions of the style have moderate to high levels of alcohol.

Crushable: An easy-going, super drinkable beer. These are well-balanced beers with low-to-medium alcohol by volume (ABV) but tons of flavour that make you want to go back for more.

Ticking: Checking off beers you want to try, usually just by having a sip or two of them. Ticking is often the sport of looking for new beers just for the sake of “ticking (them) off” or saying you’ve tried them. A “ticker” is someone who participates in such activities on “Untappd”.

Untappd: An app for the beer lover. Like an adult version of Pokémon meets trump cards but on your phone and it involves beer and rating it, plus you get kudos the more you try.

Prop up the bar: now where can you put this lingo into action, or more importantly test that palate. 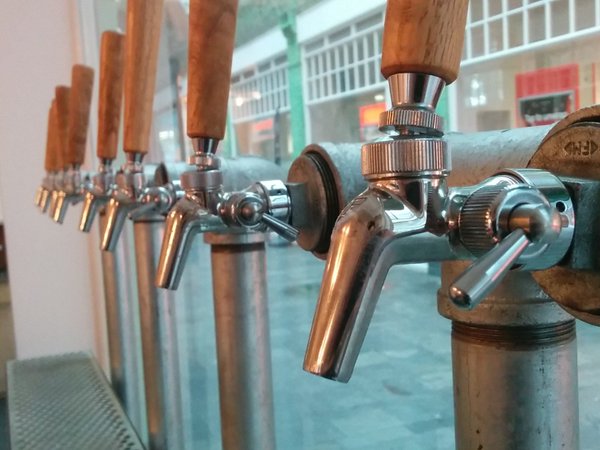 With well stocked pumps n’ fridges and pinball machines, it is hard not to adore this city centre spot. They host various tap take-overs, local and international…Omnipollo gods took over last weekend and this week see’s the unveiling of a new upstairs with new cans to match (Cloudwater anyone!). Even more, they are caffeine connoisseurs with amazing bakes for the day after the night before.

Brother and sister duo learnt their trade running pubs for other people and now are doing it for themselves and rather well. A changing rotation of stock, meet the brewer events and top bar nibbles from Peel and Stone who are super archway bakers a few doors down. Keep up the ace work!

Curiously many a tradesman from the 1800’s would turn their hand to pub landlording and beer brewing as markets and skills changed so rapidly, making the name of this bar very apt. They have an exclusive beer by Rock and Roll Brew House as well as changing taps and local bottles and cans in the fridge (try Twisted Barrel’s new mango explosion, it is like naughty Rubicon). Kitchen take overs include Ba-Ha this month and upstairs it is cocktails and mead from The Vangaurd. So many ticks in my box!

Well stocked fridge’s as well as onsite brewers and a massive venue complete with pizza oven, this impressive joint is helping to connect the dots in Digbeth. An easy beer crawl is developing with the Ruin bar just minutes away and craft beer heaven at Clink in the Custard Factory…well if you insist!

The Victoria is a theatre pub dating back to the end of the 19th century, has loads of character and legend has it also it’s own ghost. Apart from some great music nights, pub quiz and cocktails, they serve some awesome cask ales and a selection of craft ale in cans and bottles.

One of the city’s finest cafe/bars, which not only serves superb food, it also has a nice selection of ales on tap and craft ales in the bottle and can. Think 1950s vintage style meets bearded ale supping students. Try their cakes too! 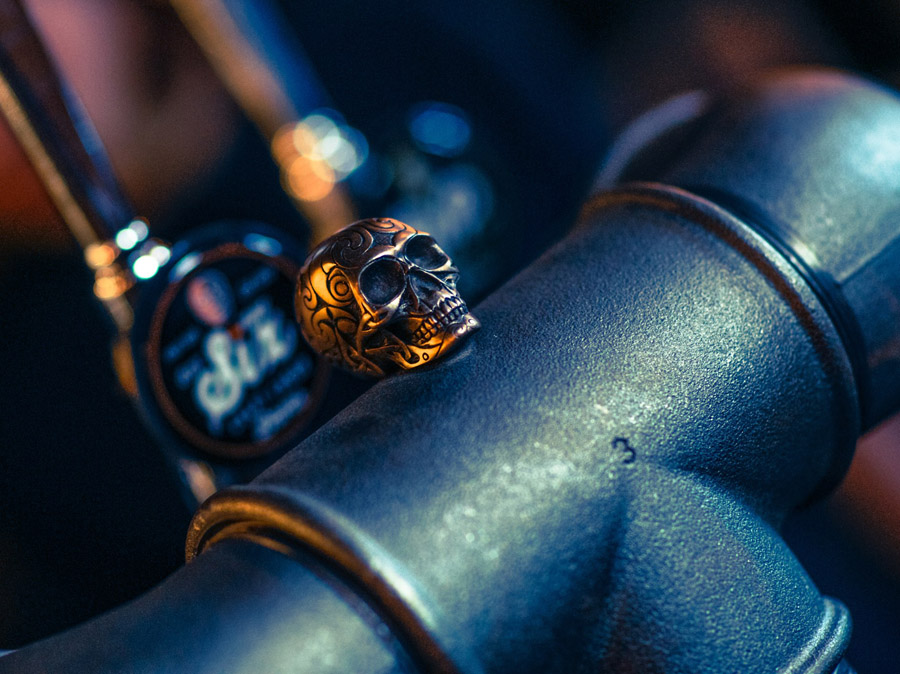 Getting all historical on you now. Birmingham’s rich history in brewing still shines strong as the Davenports brewery reignite their passions for pubs and craft beer. Dating back to 1867 the family began their beer journey in Hockley, they then went onto conquer Bath row and beyond and even introduced the nation to bottle deliveries at home (Uber eats, have we gone full circle!)! They are now evolving again with a proper boozer just of Broad Street- find sanctuary from the nonsense and indulge in their award winning beers. Plus a soon to be opened bar in leafy Moseley.

This sunny spot in Harborne, packs some punches in lots of ways- that village pub vibe with quality at its core, and this extends to their award winning beer list. All that ale got your tummy rumbling then fear not as they have their reliably tasty menu of pizzas, chicken and more and now a newly launched Boca Grande tacos- so reasonably priced you can try them all. Dietary needs they have you covered too.

Situated in the heart of the Jewellery Quarter on Warstone Lane; The Red Lion (UAB) is a traditional pub, rich in both local heritage and modern art. Regional runners up in the Observer Food Awards 2013 – 2017 for best Sunday Lunch. Inside you’ll find the UAB art gallery, with some of the finest Street Art in the UK. From the bar, on tap, The Red Lion offers a growing cellar of premium and European lagers as well as local draft ales; Butty Bach and Bathams with special guest ales brought in every week to offer ale lovers something different (check out their sister pub The Lord Clifden too, which also stocks some fine ales on tap and the best DJs around).

The Ruin – a quirky take on an old, Grade II listed pub building. Inspired by the DIY approach of some of Europe’s cooler cities and with a carefully chosen selection of keg, cask and bottle. The menu’s unique too (at least in Birmingham) with goulash, koftas and plenty of vegan and gluten free options. Coffee and teas are served all day so you don’t have to be boozing to spend some time here. But if you do they have cocktails too.

Digbeth’s family run boozer. With traditional Irish music on Mondays, fortnightly Tuesday’s you can find professional Jazz bands, and Sunday Classics every first and third Sunday. There’s a fab beer garden and some of the best kept ales in the city (and the best pint of Guinness). One of the best pubs in the world.

The oldest extant secular building in Birmingham, England. It is Grade II listed, and claims to date back to c. 1368, retaining its “black and white” timber frame, although almost all of the present building dates from the early 16th century. The pub has a restaurant which is open for residents from 8AM – 9PM everyday. Expect the usuals on tap, with plenty of ales both on tap and by the bottle. 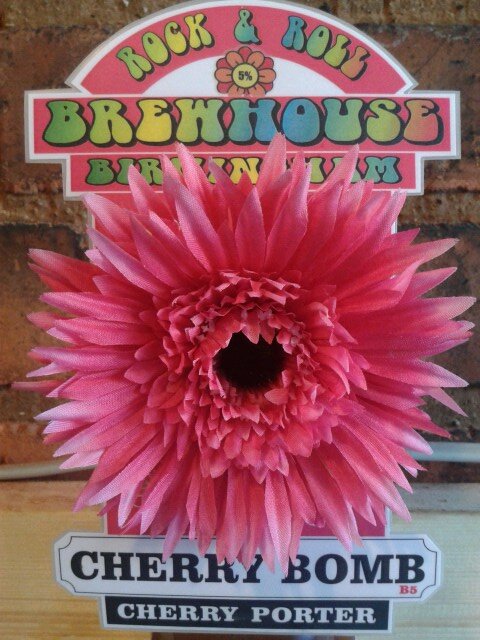 Birmingham Brewing Company: An expanding array from this team that are hosting tap openings at their Stirchley site, with street food and a charity festival in the pipeline. Find their canned concoctions on the shelves of discerning grog shops and restaurants like Indian Streatery.

Rock and Roll Brew House: Formerly brewing in the back streets of Digbeth in an ace little pub called The Lamp, they now have a cave-like set up in the Jewellery Quarter. Fronted by a female brewer with vegan ethos they are open Friday night and all day Saturday. It is snug and easy to miss but worth the hunt with a seasonal rotation of their beers on tap plus they host Vegan Grindhouse monthly for feeds too.

Burning Soul: Also in the Jewellery Quarter these lads went straight in with serious kit and have brewed big from the off. Having had tap takeovers at The Dark Horse and Tilt, they can be found in cask and keg around the city plus are open at the weekends on-site. They have 9 taps on and bottles. Their most recent exciting addition was the Meadowsweet Saison, which included Highbury honey and recipe collaboration with Michelin chef Brad from Carters of Moseley.

OPW: New to the scene and found in the Old Print Works, this best bud duo are hoping to take the dream hobby and make it a career. It is early days in the making but they have had their brews in The Wolf, Cherry Reds and The Dark Horse and also supply The Ort for all their fun and festivities, plus have exciting collaborations in the diary.

Two Towers Brewery: A busy brewery in the Jewellery Quarter, they have beers across the city but mostly in their eclectic pub the Gun Makers Arms. Here they host changing art exhibitions, film nights, history talks, science meet ups…their diary is quite literally jam packed and you can be well watered with their own seasonal beers (the latest beer they released was called ‘Paranoid’, a 5% Chilli Porter), 10 pull pumps and a finely stocked fridge. They host a Vegan beer festival in September too.

Lock and Key: The inaugural Lock & Key Midlands Beer Convention will be held at The Bond Company in Digbeth, Birmingham from Friday 20th July to Sunday 22nd July and tickets are available now.