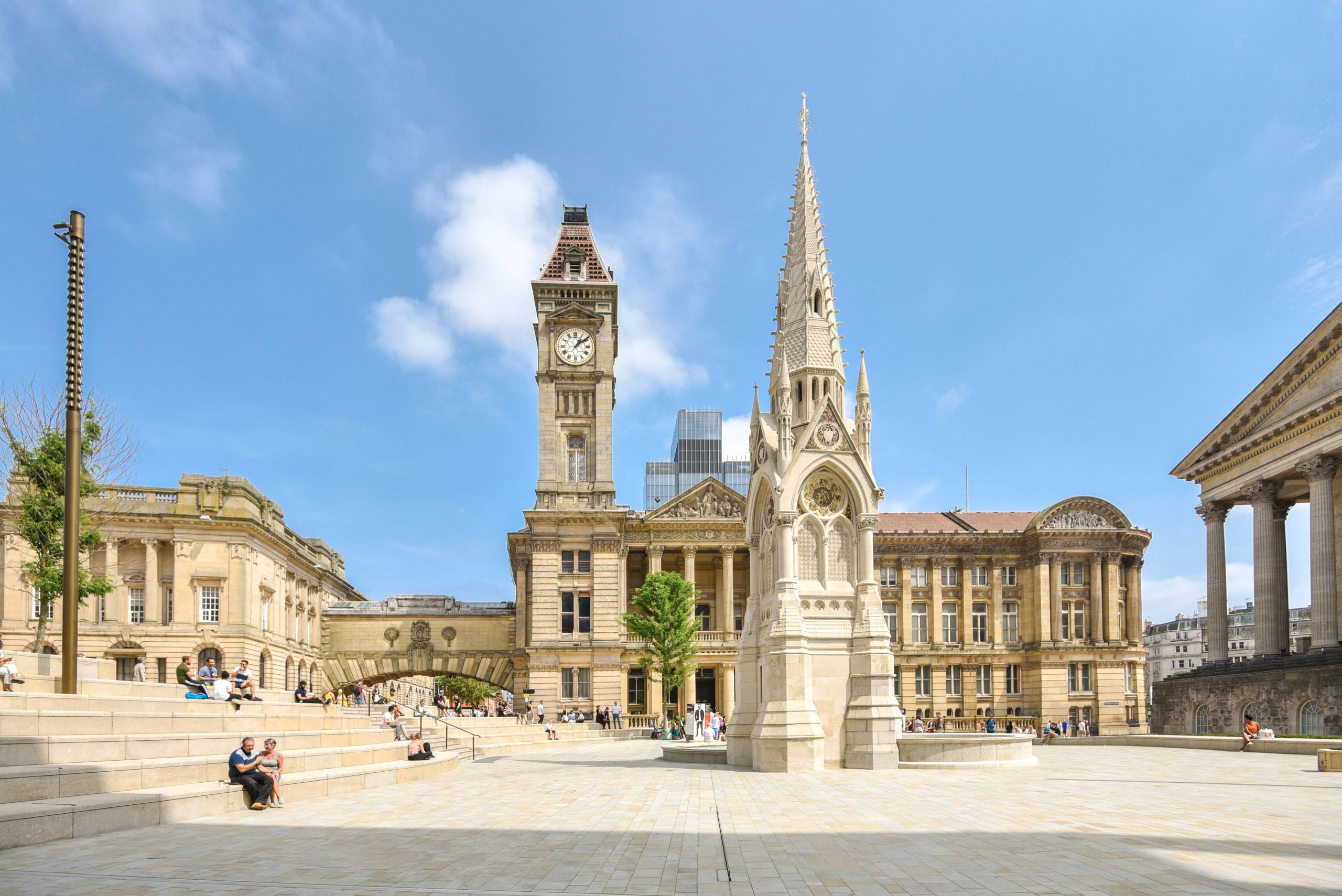 After being closed – firstly by the pandemic and then by essential electrical works – BMAG will open seven days a week, from 10am – 5pm.

To mark the reopening, BMAG is being handed over to some of Birmingham’s most exciting creatives. Animating the Round Room and Industrial Gallery, while the rest of BMAG remains closed for essential work, are Birmingham Music Archive, Fierce, Flatpack Projects, Kalaboration Arts and working in collaboration with Birmingham Museums – Don’t Settle in partnership with Beatfreeks. Having been invited to respond to the theme of ‘This Is Birmingham’ visitors can expect an exquisite collision of new exhibitions and live events as well as space to join in and contribute. The Edwardian Tearooms will also be an exciting hub of activity.

Bringing together a striking combination of stories that bridge popular culture and global struggles the vibrant new displays will share different encounters and experiences, playfully turning the theme of ‘This Is Birmingham’ on its head by asking the question, ‘What’s your Birmingham?’ Visitors will be encouraged to explore and contribute to the many different stories that make Birmingham the fantastic city that it is.

“The year ahead is really exciting. Birmingham Museum & Art Gallery has been closed – firstly by the pandemic and then for rewiring – and we’re going to partially reopen in 2022 in time for the Commonwealth Games, and it’s going to feel very different.

“We’ve invited some of the city’s leading creatives and arts organisations to animate the Round Room and Industrial Gallery with vibrant new displays that feel much more immediate. We’ll be touching on themes like popular culture, identity and community and there will be a very warm welcome inviting everyone to join in. We can’t wait!”

BMAG’s reopening will be launched with a radical transformation of the stunning Round Room. We Are Birmingham will reflect the people of 21st Century Birmingham. Co-curated by Birmingham Museums and a group of six young people from Don’t Settle in partnership with Beatfreeks, the new display will present a vivid celebration of the city that Birmingham is now as well as aspirations of what the city could become.

A sensory exhibition will celebrate one of Birmingham’s greatest music venues – the Que Club. Curated by Birmingham Music Archive, In The Que, will feature previously unseen photographs by critically acclaimed photographer Terence Donovan, personal artefacts, archive film footage, flyers and posters. Reflecting the experiences of the Que Club – from the ravers to the DJs, musicians to staff – the exhibition will encourage visitors and former clubbers to share memories and join in a lively programme of events.

The Healing Gardens of Bab, presented by Birmingham 2022 Festival and produced by Fierce, will be a multidisciplinary programme that uplifts alternative expressions of gender, sexuality and family. For BMAG Fierce will work with leading Aotearoa/New Zealand based artist Sistar S’pacific, aka Rosanna Raymond who will create a unique installation in collaboration with LGBTQIA+ communities in Birmingham.

Wonderland by Flatpack Projects and presented by Birmingham 2022 Festival will explore how cinema has shaped the streets, social lives and dreams of Brummies over the past 125 years. Flatpack plans to map all 100 plus cinemas in the city – from fairgrounds to multiplexes and from South Asian extravaganzas to pop-ups. The display will showcase photographs and cinema memorabilia, alongside Birmingham’s collection of magic lanterns and optical toys. Visitors can join in by sharing their own cinema-going memories, watch film screenings or take part in drop-in activities.

From the mid-1980s and over a period of two decades, artist, cultural activist and filmmaker Mukhtar Dar, documented the struggles of Asian and African Caribbean communities against racism. Blacklash: Racism and the Struggle for Self-Defence, by Kalaboration Arts, draws on Mukhtar’s extensive archive of photos, videos and other political ephemera providing a historical context for contemporary anti-racism movements such as Black Lives Matter, as well as encouraging reflection, discussion and debate.

Finally, an additional exhibition will invite visitors to take a moment to pause and reflect on all that has passed in Birmingham over the last two years of living with Covid-19. Unprecedented times, developed in partnership with Birmingham City Council’s Public Health Division and Birmingham Museums’ Community Action Panel, will explore survival of the human spirit in public crises past and present. The display will explore themes of hope and loss featuring historic objects from Birmingham’s collection alongside new work and photograph by Birmingham based artists.

Birmingham City Council’s essential electrical works programme will continue at BMAG until 2023/4. For the work to take place, over 36,000 items of Birmingham’s collections have been moved into safe storage. From April 28th it is planned that only the Round Room, Industrial Gallery, Edwardian Tearooms, Bridge Gallery, Gallery 10 and BMAG shop will be open. A special exhibition will also launch in the Gas Hall in May 2022, further details of which will be announced later. All other galleries can still be explored online via the BMAG virtual tour at birminghammuseums.org.uk/bmag/virtual-tour

Birmingham’s collections can be further explored at Thinktank, Birmingham Science Museum. Opening dates and events in 2022 at the city’s historic properties – Aston Hall, Blakesley Hall, Museum of the Jewellery Quarter, Soho House and Weoley Castle – are also to be announced in the new year.