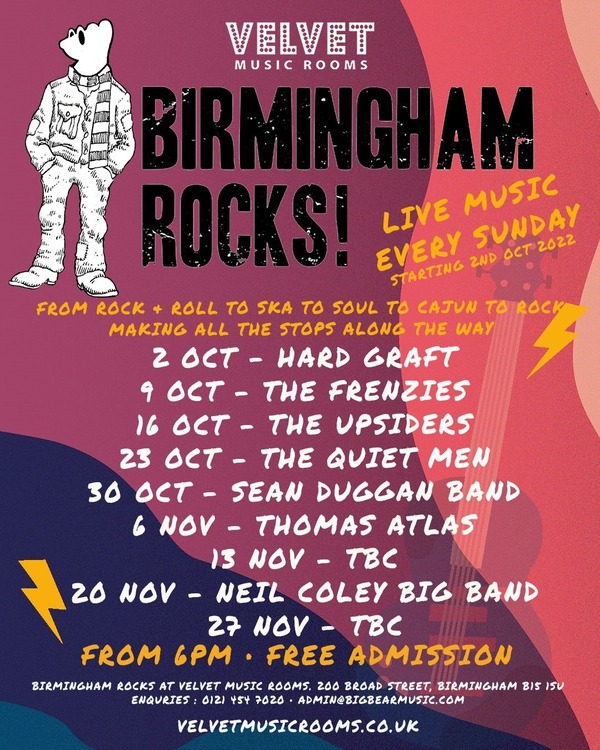 Free Admission – Every Sunday – From 6pm

From Rock and Roll to Ska to Cajun to Rock – making all the stops along the way. A gumbo of music styles with just one thing in common – they all rock!

Formed in late 2016, Hard Graft are a group of talented young musicians, playing the best of the classic rock, blues and funk genre, with the occasional indie/alternative number, adding that bit of variety.

The Quiet Men are three of the Midlands’ most accomplished musicians. Colin Browne (keyboards/vocals) has played with Ruby Turner, Barclay James Harvest and Kate Bush; drummer Roy Adams also worked with Ruby Turner as well as such notables as Roy Wood and Chuck Berry; guitarist Dan Machin takes in jazz, blues and country with impeccable technique.