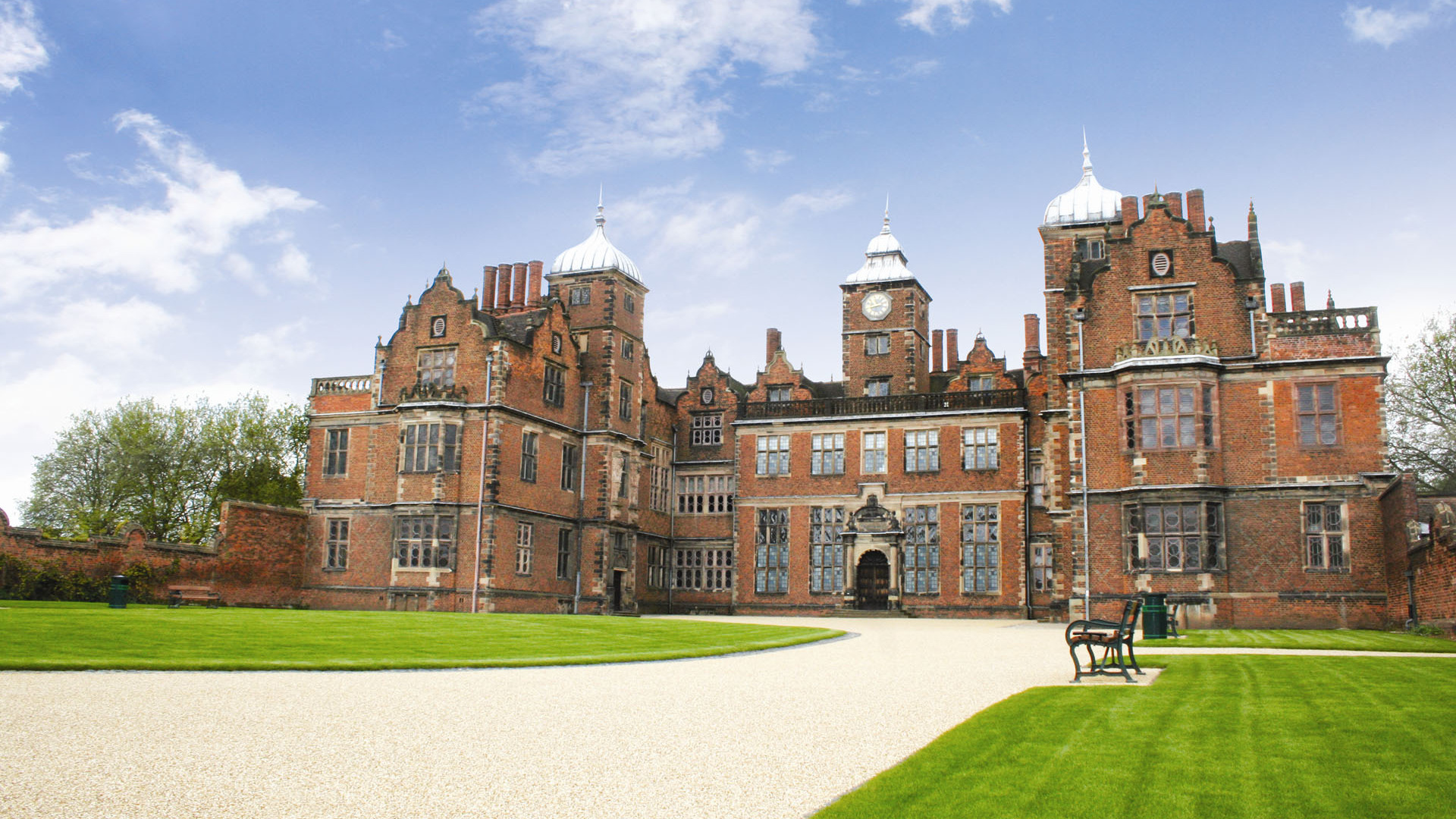 Birmingham is a vibrant hub of culture and tradition where the streets teem with history, the arts, and a chance to explore a fascinating heritage. Sometimes referred to as England’s second capital (although a somewhat contentious title rivalled by Manchester), Birmingham is a city perfectly suited for visitors seeking out culture. Internationally renowned for its links to Cadbury’s chocolate, the iconic Bull guarding the Bullring, having more canals than Venice, and providing inspiration for some well-known literature, Birmingham has a lot to offer visitors.

For starters, Birmingham’s streets give a testimony of the history that the city has traversed; Birmingham’s St Philip’s Cathedral is one of the oldest buildings in the city and is a prime example of English Baroque architecture. A peal of twelve bells echoes across the city every Sunday morning, and beautiful stained-glass windows dating back to 1885 show off classical characteristics typical of cathedrals up and down the UK.

The grand Aston Hall which lies in Villa Park is a magnificent Jacobean mansion built in the 1600s. The red-brick mansion is now a grade-one listed building with restored rooms overflowing with history; still visible today, one damaged staircase remains as a witness of a cannonball attack during the English Civil War. Interesting visitors throughout its history include King Charles I who visited Aston Hall in 1642 and author Washington Irving who wrote ‘The Sketch Book’ describing the enchanting Christmas customs he observed during his stay at Aston Hall. 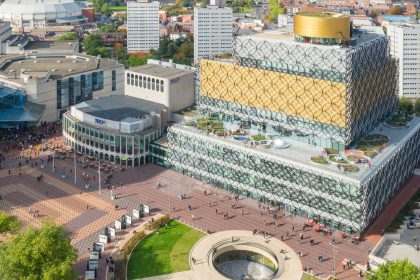 Part of the National Trust, Birmingham’s ‘Back to Backs’ are part of a fully restored 19th century courtyard where residents lived and worked from the 1840s to the 1970s. Court 15 was home to many families including the Levy family of watch-makers who lived there in the 1850s. The Birmingham Conservation Trust worked to restore the historic courtyard and bring back stories of the occupants, aided by letters sent in by the public from across the country during the work. Visitors to the Back to Backs today can read a collection of these letters and book a tour of the properties, as well as enjoy the old-time delights of a 1930s sweetshop.

Birmingham Library is not only an expert piece of architecture, but with an open-air viewing platform looking across Centenary Square and its surroundings, also provides an excellent view of the modern city. According to their website, if all the library’s books were laid end-to-end, the collection would stretch the distance from Birmingham to Edinburgh. Inside, visitors can once more step back into history in the Elizabethan style interior of the Shakespeare Memorial Room which houses early editions of Shakespeare’s works.

The Electric cinema is the UK’s oldest working cinema having been established in 1909-, then showing silent films accompanied by a piano backing. The cinema has undergone multiple renovations in its long lifetime and today is a cosy cinema with sofas, an art deco bar and waiter service available in this classical atmosphere whilst enjoying the latest box office hits.

The historic Jewellery Quarter is home to one of Europe’s largest concentration of manufacturing jewellers in an area that has been described by English Heritage as a ‘national treasure’. There are over 100 jewellery retailers who create unique and individual pieces of art in the area, amongst which stands the Chamberlain Clock, local landmark and symbol of the quarter. Known as Birmingham’s creative quarter, the Custard Factory is home to a colourful array of restored Victorian factories. The factories which were once used to produce Alfred Bird’s custard invented in 1837 today serve as place for creative and digital businesses as well as small independent stores (including vintage stores). 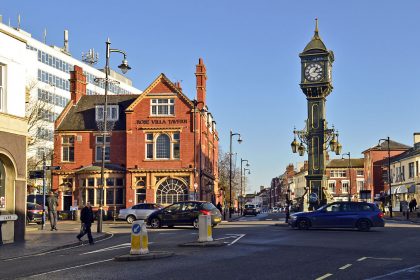 For a further step into culture, Birmingham is home to extraordinary musical and dance heritage. The Birmingham Royal Ballet is one of three most prestigious ballet companies in the UK, with a stunning programme of well-loved ballets and entrancing new projects. Birmingham Town Hall and Symphony Hall (THSH) put on spectacular concerts throughout the year, showcasing a range of musicians and genres, as well as welcoming fascinating speakers on a wide range of topics.

For literature fans, it should be known that much inspiration for JRR Tolkien’s work came from his time in Birmingham. Old Joe, the tallest freestanding clock tower in the world which is found at the redbrick University of Birmingham, was the inspiration for Orthanc, the black tower of Isengrad in The Lord of the Rings. Uncovering more sites providing inspiration for Tolkien, the Tolkien Trail includes a stop at Sarehole, inspiration for ‘The Shire’.

With more Michelin starred restaurants than any other city outside of London and a huge range of cuisines available, Birmingham caters for every pallet; the so-called “Balti Triangle” just south of the city centre is home to over one hundred curry houses with a reported 20,000 visitors each week eager to try dishes at award-winning and family-owned restaurants. For a taste of the past, the Edwardian Tearooms in the Birmingham Museum and Art Gallery on Chamberlain Square can combine an afternoon of viewing exquisite collections ranging from Ancient Egypt to the Victorian period with a full English breakfast or afternoon tea.

Alternatively, conquer two pillars of British society at once by enjoying a full English breakfast onboard the Floating Coffee Co. canal boat. The title of best fish and chips in Birmingham is hotly contested between the many shops around the city who all serve one of the nations most famous dishes, whilst other restaurants also serve a new take on the classic including Indian style and vegan. 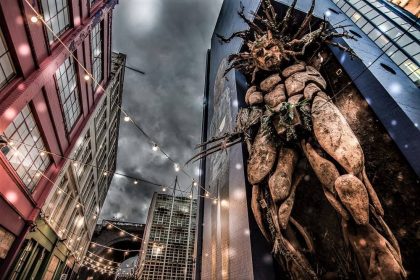 One mustn’t forget the new hipster vibe that is gaining ground in Birmingham as with many cities, with restaurants, bars and cafes all embracing this new culture. Coffee shops are abundant in the city serving an abundance of cakes and brunches, as well as cocktail bars as an experience for all senses. For a taste of modern Birmingham visitors can enjoy the atmosphere of Brindley Place and the Mailbox sitting alongside the historic canal which starts at Gas Street Basin and runs for 35 miles out towards the Midlands countryside.

No trip to Birmingham is complete without visiting the Bullring Shopping Centre housing popular high-street shops and food chains. Opened in 2003, the Bullring is covered in 15,000 aluminium dishes and was inspired by a Paco Rabanne sequinned dress. Dating all the way back to the first legal market in 1154, today’s Bullring stems from the corn markets in the area called ‘Corn Cheapening’. Within these markets a green was used for bullbaiting and it is from there that the name ‘Bull Ring’ originates. In the 1960s the Bull Ring Centre was built as a mixture between outdoor market stalls and an indoor shopping centre. The Bull Ring markets are still trading today, whilst with the new shopping centre opened in 2003 was given the shortened title of ‘Bullring’ as well as seeing the unveiling of the famous six tonne bronze bull which proudly stands outside the centre’s main entrances.

Birmingham is home to three city centre rail stations, making travel connections light work. The main Grand Central train station was fully refurbished and opened in September 2015 and its swanky exterior and impressive architecture houses shops and restaurants worth spending time in as more than just a commuter. For visitors traveling from abroad, Birmingham Airport is the UK’s third largest airport outside of London with fifty airlines flying directly to 143 different locations. 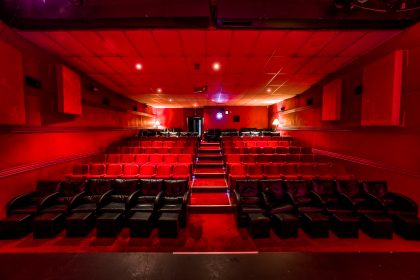 One well-known aspect of the Birmingham culture is undoubtedly the unmistakable accent and accompanying dialect. Over time, words and even entire phrases have come to make up the local dialect affectionately termed ‘Brummie’, including ‘bostin’ (meaning great or super) or a ‘face as long as Livery Street’ after the half-mile long road in the city. Both the term ‘Brum’ and ‘Brummies’, originated from the city’s old name Brummagem (and further back, Bromwich-ham) and is used when making reference to both the people from Birmingham as well as their accent and dialect.

Birmingham is an open, welcoming culture, with influences coming from around the world to create a vibrant, modern city. The University of Birmingham has the largest international Student population in the UK with over 5,000 students from over 150 countries at the university. Last year the city welcomed a reported near 42 million visitors who were attracted not only by the city’s culture, but by the major events and exhibitions that take place within Birmingham, including cricket at Edgbaston Stadium, events at the National Exhibition Centre (NEC) and the Frankfurt Christmas Market that takes over the city centre at Christmas time.

Finally, and most importantly, when in Birmingham, it’s important not to forget to pause and look further than the shops and bustling high-street to find the hidden gems of culture, art, and history.