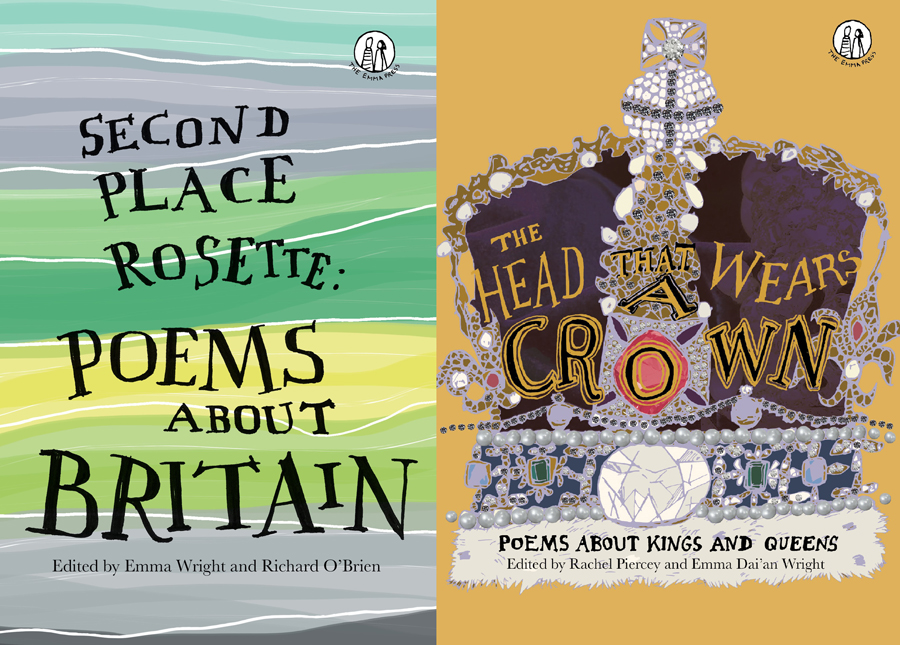 The Emma Press will be launching Second Place Rosette: Poems about Britain and The Head That Wears a Crown: Poems about Kings and Queensat Wayland’s Yard on the 8th December. Come along for an evening of poetry readings, drinks, and canapes!

Second Place Rosette explores the customs, rituals and practices that make up life in modern Britain. From mehndi painting to medical prescriptions to Jewish Sabbath to putting away Christmas decorations, the book displays an ambivalence towards the land and its rituals, but there is also love, affection and pride. Mixed feelings: what could be more British than that?

The Head That Wears A Crown is a captivating children’s collection with vibrant poems accompanied by fascinating historical facts. Nine day reigns, pet monkeys, and Queen Victoria’s Twitter feed, this collection features the Kings and Queens of the British Isles as you’ve never seen them before.

Woolner, and more. The books will also be available to buy.

Doors open at 7pm with readings from 7:30pm.

Read more about Second Place Rosette here and The Head That Wears a Crown here.