Home » Music News » Bored in Birmingham? Do Something Different

Bored in Birmingham? Do Something Different 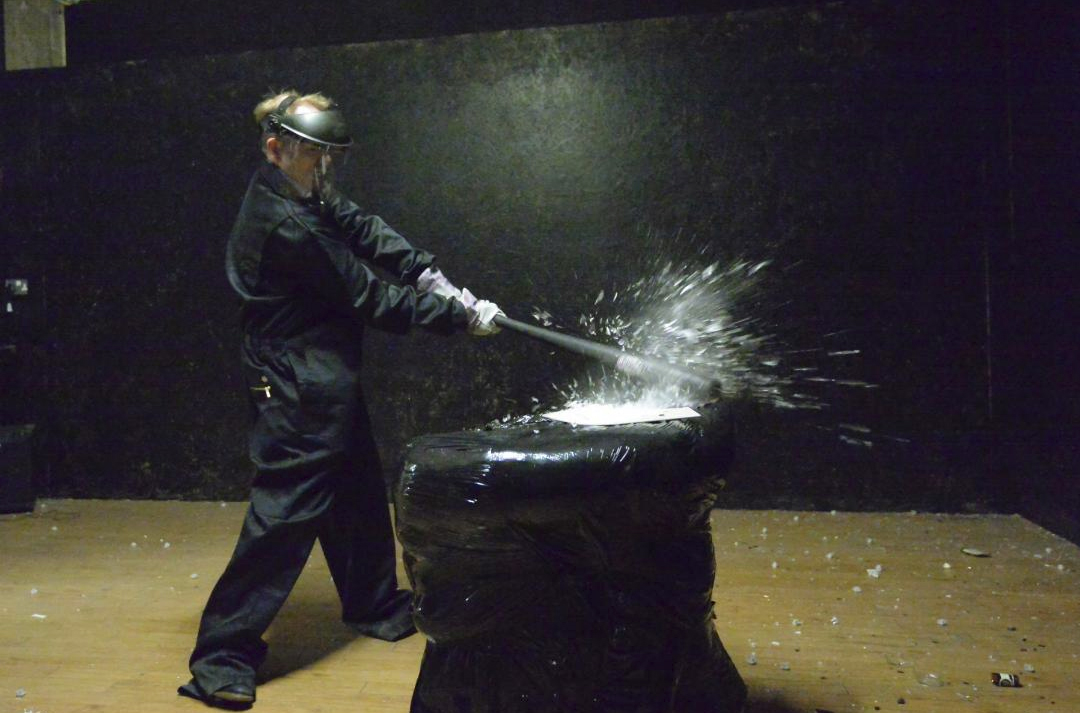 If you’re looking for things to do in the night time or the day, sometimes it’s hard to find fresh ideas, especially in your own city. Whether you do, in fact, live in Birmingham or you’re just visiting, there are plenty of things that you can do that might be a little different and break your typical routine.

Go to the Rage Room

Ever wish you could smash everything in sight? Perhaps you’re looking for a healthy way to deal with pent-up aggression, or you just want to have a little fun. There’s something oddly satisfying about smashing everything to smithereens, especially when there are no true consequences, such as breaking your most precious belongings.

The Rage Room is purpose-built for exactly that, and will suit everyone from people wanting an unforgettable first date to employees on team-building exercises (but it’s 18+ only). You get a thirty minute booking and the room includes plenty of things to smash up and destroy (or you can even purchase extras). It’s that little bit unique and it’s a great way to de-stress without causing any harm. Have a smashing time!

Head to a casino

Not everyone can make their way to Vegas, but luckily, there are plenty of casinos right here. Grosvenor, Broadway and Genting all provide an awesome night out for groups, couples or even just for yourself. They serve food and drinks, too, so you can really make a proper night of it.

If you’re not super familiar with all of the games available, there are plenty of websites these days that can give you a bit of a crash course in everything from blackjack – otherwise known as 21 – to roulette and poker. Oddschecker even provides detailed run-downs of the different casinos out there for you to try, such as Bet365, and offer casino bonuses in addition to their handy reviews.

If you’ve seen the Peaky Blinders TV show (and if not, where have you been?!), you’ll know it’s based on the hedonism and drama that happened in the UK after the Great War. What you might not know is that Peaky Blinders were a real criminal gang based in Birmingham around that time.

They looked nothing like gang members today – opting for smart clothing like silk scarves and waistcoats, and of course, their signature flat caps. But make no mistake, this gang was as violent and criminal as any that you might see today. If history and gang warfare excite you, taking a walking tour will be your best bet. Learn about the razor blades they supposedly sewed into their caps and walk the streets they walked, which were once far more dangerous. You’ll do all of this with an official guide, and qualified expert.

You can essentially start a band anywhere, but there are plenty of advantages to doing so in Birmingham. You’ll be joining the ranks of countless iconic musicians, such as Duran Duran, UB40 and even Ozzy Osbourne’s Black Sabbath. Birmingham is advantageous – it’s in the Midlands, meaning that touring options will be a breeze once you get to that stage. You’re equally close to London as you are to Manchester, so you can play around on different scenes.

Birmingham practice rooms are also among the best. Edgy youth brand Uprawr have launched Uprawr Studios, a cheap way for young musicians to hit the ground running and not annoy their parents in their bedrooms. They’ve even got a cafe on-site – serving plenty of snacks and drinks to give you energy, as well as a vegan menu!

Hop on a canal boat

Did you know that Birmingham has more miles of canals than Venice? We can’t promise they’re as romantic, but they do make for a fun way of seeing the city from a new perspective on a canal boat. You can take a narrowboat around the city and its outskirts for a quick tour, or even opt for a multiple-day “holiday”.

Navigate all 313 miles either on a guided tour or – if you’re experienced on the locks – you can even give it a go yourself. There’s nothing quite like being on the water.

Try out an alternative club

If you’re bored of the same chart-topping hits and mindless nights out without making many memories, perhaps trying something new is for you. Good news for fans of all things alternative – Birmingham caters specifically to you, thanks to the fact it hosts arguably Britain’s best “alternative” rock night, Uprawr. Yep, the same people behind the studios we mentioned early have had a successful night going for several years now, playing the best in rock, metal and pop-punk to often sellout audiences at Asylum, week in and week out. There are themes, DJs and even special guests from famous bands – and it’s all ran as a family affair!

When you’ve finished at Uprawr, you can even head over to Subside, another designated rock bar that’s open up until 6am. It’s not for the faint-hearted – only true party animals need bother!

Drink at an arcade

We’re still on the nightlife side of things, but again, we’re offering up something that little bit different to your standard bar or pub. A bar called Tilt down next to City Arcade lets you release your inner child as an adult, something we recommend indeed. You can go there at all times of day and let loose by gaming while you eat or drink.

At Tilt, you can choose from craft beers or speciality coffee while you delight yourself playing their array of pinball machines. If you get really into it, you can even partake in their pinball league, which is honestly the best kind of league there can be!

Have you always wanted to learn to bake, but you simply don’t know where to start? There is a community baking and cookery school located in South Birmingham, called Loaf, and it will give you the foundations you need. Their motto is “bringing back real food”, and they do this with an innovative cooking school, where you can learn cooking skills that many people simply aren’t taught anymore. Everyone has the right to learn how to eat well, and there are so many benefits to it, from impressing friends and family to improving your heath.

At Loaf, you needn’t worry about having prior experience – they’ll teach you everything you need to know! You can choose from a range of different courses, so even if you do already have some cooking skills, you can learn something new for you. Learn to make hand-made pasta, bread, seafood or Thai, or even just brush up on specific skills which can be used across the board (literally), like how to properly use cooking knives.

These days, escape rooms are pretty standard additions to any city, but we still love them because they give you something a bit more interesting to do than just sitting around. Once you’ve completed the city’s many options in this field, it’s time to graduate to something honestly a little more terrifying.

The Zombie Warehouse has various “infection zones” across Birmingham, from the city centre to derelict old buildings. Dark days are upon you if you dare, as you’ll step into a simulated world where Zombies roam the earth – and you have to escape without getting infected. You’ll scream and you’ll cry – but you’ll have a great time, and never forget it.

And, Birmingham has even previously hosted Zombie Walks to raise money for charity as well.

No matter why you’re in Birmingham or how long for, there’s plenty to do outside of your standard bars, shops and restaurants. Birmingham is a cosmopolitan city with many different kinds of people and interests – so it’s time the activities you partake in reflected that as well.