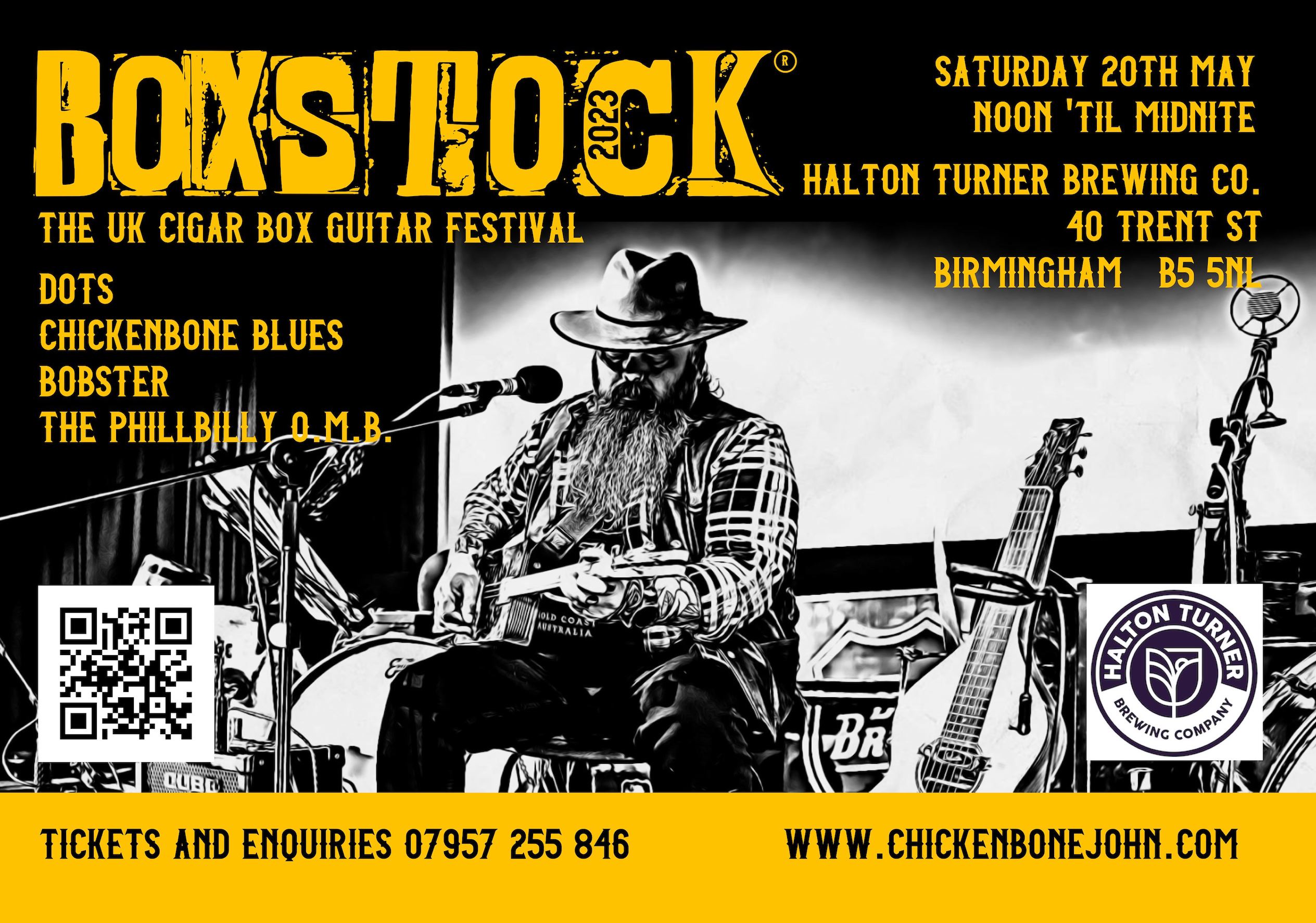 In today’s economic climate, there’s pressure on everybody’s finances, and many music-makers have gone back to the old-time approach of making their own entertainment, and making their own instruments from whatever is to hand…a box, a stick of wood and some strings…and you’ve got a cigar box guitar!

Now in its 9th edition, Boxstock has been featured on BBC TV in the film “Cigar Box Blues – The Makers of A Revoilution.

Seasick Steve has helped bring this humble instrument to worldwide attention. However, he doesn’t do many UK dates these days, so here’s an opportunity to catch some real roots music on your own doorstep.

During the daytime there will be cigar box guitar makers from around the UK displaying and selling their wares, learn to play guitar workshops, harmonica workshop, demonstrations and open mic sessions.

During the day (12 noon – 5.30pm) admission is free: it’s a great opportunity to see, hear and get to know this grass roots music scene right from the source.