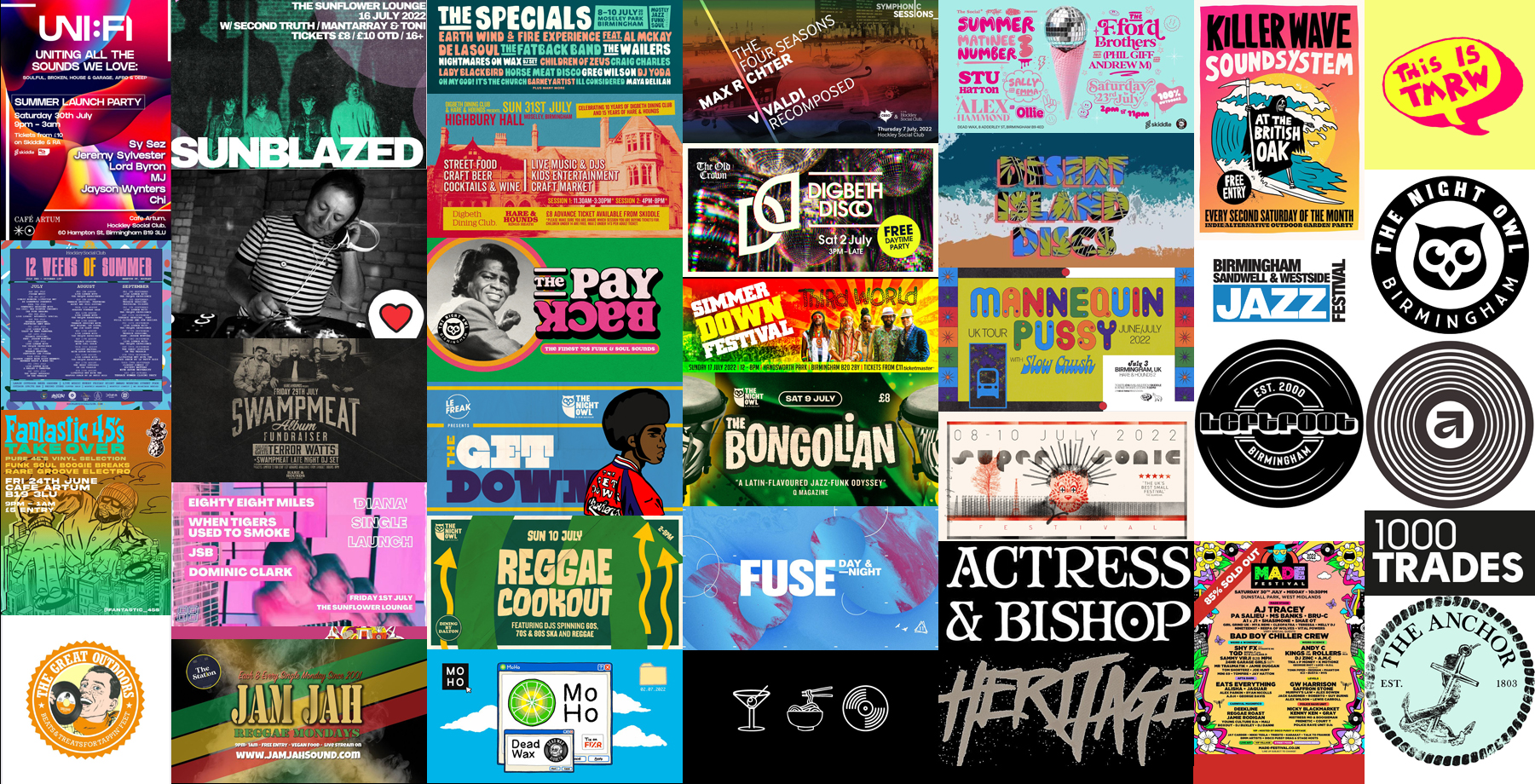 Here’s our take on the best live music and DJ nights in Birmingham this July. From festivals of funk to desert island disco castaways.. Brum is rockin’!

FUSE: Day & Night. FUSE returns to Birmingham for the first time since 2017, taking over the incredible Lab11 for the very first time. A Day & Night long affair, will occupy both the Arches & the Warehouse for their biggest ever show in Birmingham! 9th July.

Saturday July 30th will see MADE dance music festival arrive at Dunstall Park in Wolverhampton, with their biggest line up to date. Now boasting more stages than ever before. Just a short 16 min train from Birmingham, and with the option of return shuttle buses to and from the station (or the after party), getting to and from the festival has never been simpler. 30th July.

There’s plenty more out there each week, with regular live music and DJs at The Actress & Bishop, 1000 Trades, Night Owl, Hare & Hounds, Spotted Dog (Jazz Tuesdays are not to be missed), Hockley Social Club, Cafe Artum, Sun On The Hill and The Anchor (live acoustic music Sundays).