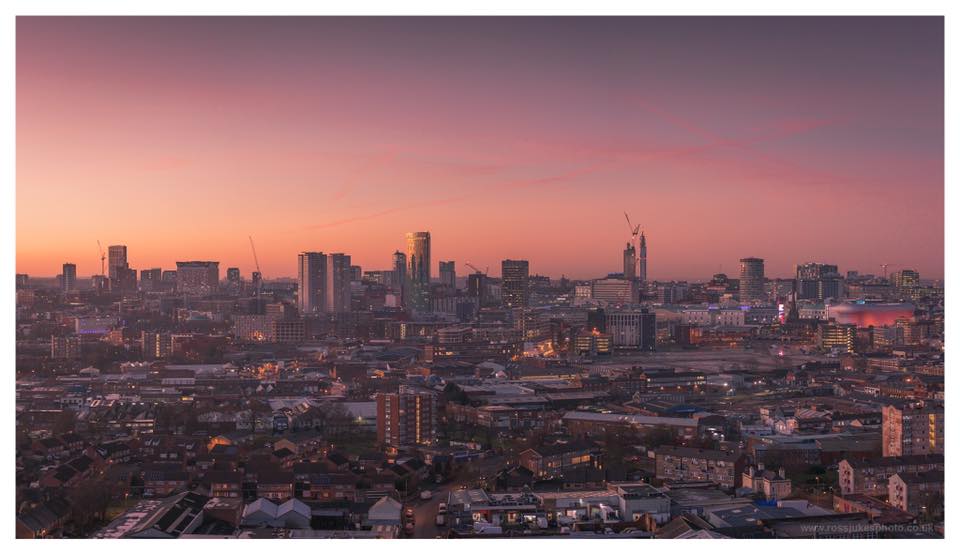 Thought Brum’s music scene was knocked out cold by the Coronavirus? You couldn’t be more wrong! It takes a lot to keep this city down, there’s a hot bed of musical talent still bubbling away out there.

So, this month’s Brumbeat Gig Guide brings into focus some of the live streams, lockdown mixes, radio streams and new releases from the region, in anticipation of things getting back to normal, whenever that may be. For the time-being, this will be the format for our long running Brumbeat Gig Guide, read on, chill out and enjoy! There’s plenty to get your teeth into.

Lock Down Brum is an online community existing across Instagram and Facebook who’s aim is to bring together the people of Birmingham during the COV19 pandemic which has resulted in many residents being forced to work from home.

Featuring regular live stream musical performances from people such as Mass House, Robert Craig Oulton and Village Bully (Friday 3rd April), virtual weekly quizzes in collaboration with Stoo Pittaway including Music Mondays at 8pm, comedy from people such as Barbara Nice, Terry Hughes and Tatvision, lip-syncing from The Boss and The Tramp and more.

The Hare & Hounds, Kings Heath, had a wicked list of gigs lined up for March and April and whilst these are now obviously cancelled or postponed, there is no reason why you can’t check out what some of those acts are doing in the mean time.

Saskatchewan singer-songwriter Andy Shauf, who was due to play Hare & Hounds in March, is the kind of guy you’d find laying low at a party, maybe tucked into the corner of a room with a drink in his hand, keeping to himself but taking everything in. He’s soft-spoken and reserved, more comfortable delivering the news than being a part of it (though “comfortable” may be too strong a word). Check out his music here and also well worth keeping tabs on the NPR music channel for new uploads in coming weeks (NPR channel is posted below Andy Shauf – there are 198 uploads if you just click play and recline):

You’re going to have to wait just a little longer to see the fantastic Jordan Mackampa play the Hare. His April show has been rescheduled to Thursday December 3rd. If you’ve got a ticket, they’ll remain valid for the new date. If you fancy picking up a ticket for the new show, you can do here: www.skiddle.com/Hare-And-Hounds/Jordan-MacKampa

Here’s a recent release from Jordan:

And one we recorded at The Sunflower Lounge June 2018:

Los Bitchos, who were due to play The Hare this month will now playing Monday September 28th for some much needed cumbia garage rock jams. If you’ve got a ticket already for April, then that will remain valid. If you’ve not got a ticket yet, then the new link is here: skiddle.com/los_bitchos

KEXP is another brilliant music channel which you will find many of the acts that have or are due to play the Second City on, they’re doing some live streams here too:

On the 26th March Original Pirate Material by West Heath lad Mike Skinner and The Streets turned 18 years old. An iconic album flying the flag for Brum. Now more than ever Birmingham venues and artists need your support. With this in mind, love music venue The Castle & Falcon have collated the best of the best Brum bands in a brand new Spotify playlist. So sit back and lock down your aerial: https://bit.ly/lockdownyouraerial

Talking of Mike Skinner, The Streets‘ have just previewed an upcoming new collaboration with dreamy shoe-gaze Australian outfit Tame Impala — check out a clip from the track’s accompanying music video below.

The song is set to feature on the forthcoming new mixtape from The Streets, which is set for release soon. Posting on Instagram this morning (April 1), Skinner wrote “THE STREETS X TAME IMPALA coming soon!!” as a caption to a clip from the music video.

HOOPLA BLUE are set to unleash their debut album ‘Pl(^)nted’ – pronounced ‘planted’ – an exhilarating 11-track record that sees the Birmingham outfit confront themes of identity and settlement – both generationally and geographically. Sonically, ‘Pl(^)nted’ fuses traditional and electronic elements to create an atmosphere that explores the boundaries of art-rock, space-pop and experimental, as heard with their singles ‘Sa(sea)lt’, ‘Scour’ and ‘Fire Alarm’. More info here.

Birmingham Indie Rockers, PAPER BUOYS, have announced details of their first release of 2020. LIAA (Love Is All Around) will be released on all major digital platforms on Friday 27th of March on the bands own label, Fade To Dust Records. Since forming in 2016, PAPER BUOYS, have been a prominent name in the second city’s diverse musical landscape. From their debut single Fun, championed by Steve Lamacq on BBC 6Music, to the unrelenting Sharp As Razors and the anthemic fan favorite Wasted, all taken from their award winning debut album, PAPER BUOYS have carefully crafted their own authentic brand of Indie/Punk and established themselves as a solid live act. More info here.

*The band are going to do a live acoustic set from their facebook page Thursday 9th April which can be found here: www.facebook.com/PaperBuoys

Following on from the release of their debut EP ‘Itchy Teeth’ in the summer of 2019, Birmingham indie-funk outfit Genuine Panama now return with another heavy dose of sunshine with their latest offering ‘The Crease’
The song is a menagerie of brass licks, shuffling drum grooves and undulating guitar work, spinning a tale from a millennial’s trench in the rat race. More info here.

Another nice surprise for you! A brand new single from Birmingham-based indie pop heavyweights Riscas, is out 3rd April. This single sees a fresh direction for the band, with new jazz influences crossing over with their signature guitar melodies. You can listen to ‘Cool To Chill With’ from this Friday via their Sound Cloud page here:

Experimental Indie band Matters have a special new release on vinyl of a 2019 track with the delightful Static Caravan records. 12″ 140g vinyl. Front and back inserts and transparent outer, all screen printed by hand. Fifty pink and fifty green, hand numbered and a further 148 multi colour copies, unnumbered.

Local lads La Dharma have a new single out ‘Devils’! This Indie/Pop band from Birmingham create unique sounds and are ones to watch. Read a great article out today on Counteract here: “A few weeks ago, in what now seems like another world, local indie heroes La Dharma were looking forward to playing a series of dates in support of their new single, Devils.”

In between being a father, drumming in Johnny Foreigner, Yr Poetry and Sunshine Frisbee Lazerbeam.. Fridge Poetry brings together various local musicians on the Brum scene and the recent Covid 19 lock down has inspired a wealth of new material ‘Corona Vibes US’ which can be streamed here:

Another quirky lock down related story comes local band Lycio. Charlie in the band thought he’d use his one form of exercise per day to capture the quiet city centre streets. The visual goes along with Lycio’s new single which is coming out this Friday, 3rd April.

TWR is the London radio station from Acid Jazz Records. The good news is, if you missed the radio show don’t panic! You can listen back to Mazzy Snape’s selections here (see below) and check out their radio player for all shows: totallywiredradio.com/player

Two CAN have a party! Have you picked up our stay at home Night Owl party packs yet? Two tickets and two cocktails for a future event, a private playlist of Night Owl hits and merch all for just £30 + postage! email clare@nightowlbirmingham.com to get yours now.

The Night Owl are holding regular live stream DJ sets. This week there will be a Le Freak 70s and 80s disco and funk set Friday at 9pm and a chilled Sunday Session of ska, soul and reggae at 2pm. More to be announced. They have also started up a CrowdFunder here where you can pledge money for future experiences such as a night out, a year’s entry pass or a cocktail class: www.crowdfunder.co.uk/the-night-owl

The Moseley Ginger Funk Wizard aka Ollie ‘Yardbird’ Lloyd is having withdrawal symptoms from having to skip his Yardbird Sessions at 1000 Trades this month, so in an attempt to get his soulful international beats out there into the aether, he has biologically forged a Lockdown Mix featuring th elikes of Max Richter, MJ Cole, Nostalgia 77, Paper Tiger, Hiatus Kaiyote and more – Melancholy, moody beats and vibes to chill to when you’re locking down.

Many will know of Dean Sunshine Smith from his Balearic house ‘Great Outdoors‘ events at The Lord Clifden in Hockley. Dean has been DJing and promoting his nights in and around Brum for quite some years. His latest venture was due to hit the Rebel Chicken in the Jewellery Quarter and alas, has of course been postponed. However, not one to rest on his laurels, Dean has set up a Facebook group (here) and created a brand new radio station site named Isolation Station which he aimis to stream 24 / 7 – 7 days a week. Check out the live stream here: http://isolationstation.site/

In times of Isolation I feel music can play a huge part in the mental well being of us all and can keep those creative dots well and truly connected. Using my contacts in the industry I will be asking friends to share mixes, podcasts, playlists and live events from around the globe. I hope that you find pleasure in the streams and you share to like minded friends. Feel free to join this group to keep up to date with all things Isolation Station and the message is simple “KEEP IT TOGETHER” Be safe and be happy all x

Long standing popular Brummie house/techno night TRMNL which takes place at Digbeth’s LAB11 Warehouse have taken a big step up and are due to release their first vinyl record this June.

Café Artum are still updating their online store with records meaning those with a penchant for soulful eclectic grooves can still get their record fix from the comfort of the sofa!

Flamingo Flame are chuffed to announce they have a remix coming out on the fabulous eclectics label. If you pre-order the vinyl on the qrates crowdfunder page, you get an instant download of the whole EP = win win.

Luv Song Riddim is the latest riddim by Friendly Fire Band, after Myki Tuff’s lead cut, appropriately aiming to spread and epidemic of love, which has been a live show classic for some time, and finally available on release on Bandcamp and all streaming platforms.

The video is coming out on the 2nd april for love song which you can download for free off bandcamp (a donation is much appreciated), or stream on all platforms: friendlyfiremusic.bandcamp.com/track/luv-song-ft-brooklynne-fiya

In other news, Henry’s Blueshouse which normally takes place at the Bull’s Head Brum, has started live streaming past talks and events on selected dates. Jim Simpson founded the night in the 1960s and was Black Sabbath’s manager for a while.

Their latest stream from Tuesday 31st March can be watched below, keep an eye out for future events on their Facebook page: www.facebook.com/henrysblueshouse

Stay Safe and look out for May’s edition of Brumbeat Gig Guide.

Big thank you to Ross Jukes for use of his fantastic Brum skyline photo which is the featured image. Check his Insta stream here and give him a follow: www.instagram.com/rossjukes/