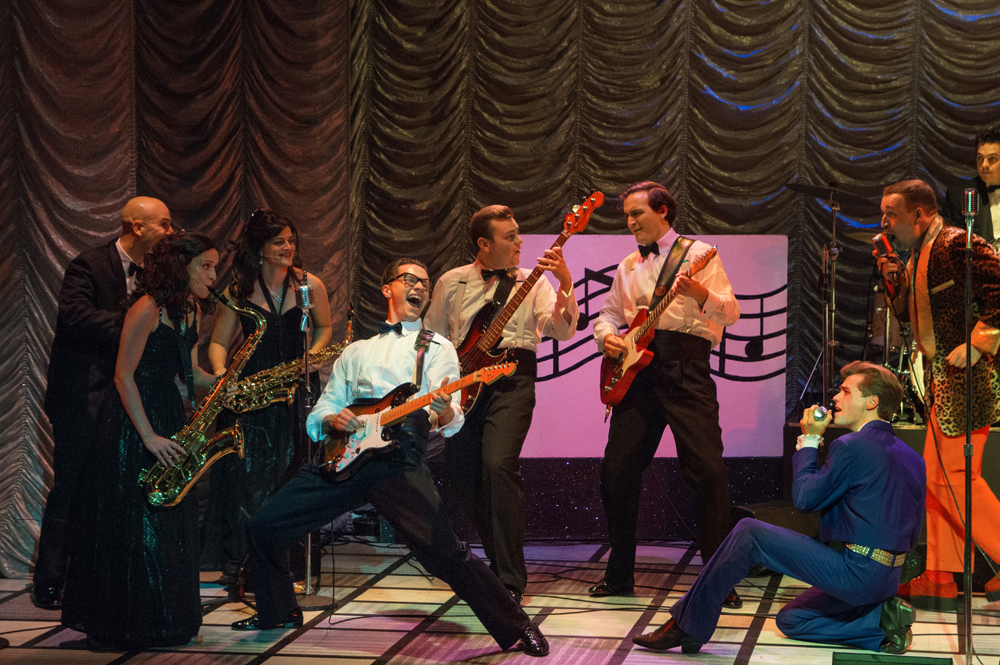 Through its phenomenal run of productions and performances across five continents, Buddy has become known as ‘The World’s Most Successful Rock & Roll Musical’ and is now celebrating its 30th anniversary year with a 2019 and 2020 UK Tour. Following on from a successful opening in September at Theatre Royal, Plymouth – the spiritual home of where the show first opened in 1989, the show is now on the road and will be returning to The Alexandra, Birmingham next from Tuesday 3rd  until Saturday 7th March.

We are so excited to be back on the road for this special 30th anniversary UK tour of Buddy, with a new cast of hugely talented actors and musicians, who will be aiming to give audiences an unforgettable night at the theatre.

Buddytells the enduring tale ofthe musical icon’s meteoric rise to fame and his final legendary performance at the Surf Ballroom in Clear Lake, Iowa, before his tragic and untimely death at the age of 22. In 18 short months the Texas-born rock ‘n’ roller revolutionized the face of contemporary music influencing everyone from The Beatles to Bruce Springsteen. Audiences will be treated to 20 of Buddy Holly’s greatest hits, including timeless classics That’ll Be The Day, Peggy Sue, Oh Boy and Rave On.

Seen by over 22 million music fans since it opened in London’s West End in 1989, Buddy speaks an international language and continues to have audiences from aged 8 to 80 years old rockin’ in the aisles across the globe!

Although there have been many imitations, Buddyhas stood the test of time. The show has inspired a generation of multi-million selling juke-box musicals, including Mamma Mia, We Will Rock You, and Jersey Boys, and remains a true original musical phenomenon.

BEFORE THE BEATLES, BEFORE THE STONES… ROCK & ROLL WAS BORN

Buddy – The Buddy Holly Story tells the enduring tale ofthe musical icon’s meteoric rise to fame through to his final legendary performance at the Surf Ballroom in Clear Lake, Iowa, before his tragic and untimely death at the age of 22. In 18 short months the bespectacled young man from Lubbock, Texas, revolutionized the face of popular music, influencing everyone from Bob Dylan and The Beatles to Elton John and Bruce Springsteen.

Audiences will be taken on a journey through Buddy’s short yet spectacular career, and with the Big Bopper’s Chantilly Lace and Ritchie Valens’ La Bamba completing a stellar musical line-up, Buddy is a not-to-be-missed evening of ‘fail-safe family entertainment’ (Daily Express).

Since opening at Theatre Royal Plymouth in August 1989, Buddy has enjoyed extraordinary success, having played a record- breaking 4450 performances over 556 weeks on tour in the UK and Ireland, as well as 5822 performances over 728 weeks in London’s West End, winning numerous awards along the way. 2019sees Buddy joining a small – but lauded – number of iconic musicals including Les Miserables, Phantom of the Opera, Joseph and the Amazing Technicolour Dreamcoat, Miss Saigon, Evita and Cats in reaching a remarkable three decades on stage.