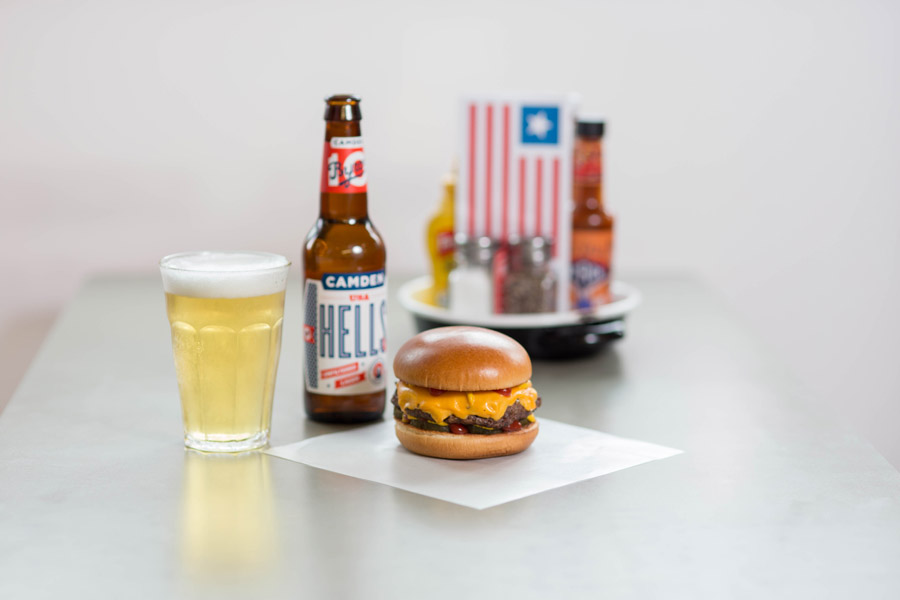 It’s almost impossible to believe a decade has passed since Byron served its very first hamburger and, to mark the occasion, six of its most famous specials will be revisited over the summer – each one paired with a handpicked craft beer brewed exclusively for the 10th birthday celebrations between July 4th and September 25th…

First seen in 2010, the Uncle Sam is inspired by the classic American quarter pounder with cheese. As an all-American classic, Byron is naturally relaunching it on the 4th of July.

Only a year old, but a must-try. The Japanese influence comes in rashers of miso-roasted bacon and wasabi mayonnaise with an onion ring and homemade pickled cucumber.

Conjured up in 2011 by chef and food writer Gizzi Erskine, the spell is cast by the Welsh rarebit topping made with Barber’s Cheddar and Smoked Applewood Cheese – and a splash of stout.

Roquefort Loosely inspired in 2013 by the iconic hamburger from The Spotted Pig in NYC. Roquefort’s salty tang and the crispy sweetness of the onions make for a great combination.

Created in 2014, this is a mix of Nduja, American cheese, crispy potatoes and paprika ketchup served on a sourdough bun with chicharrones. Inspired by a visit to El Mago de las Fritas in Miami. PARTNER BEER Vocation Pith & Love

Unveiled for the 2014 World Cup, the Ronaldo pays homage to the footballing icon with its no-messing serving of crispy bacon, onions gently fried in butter, crispy fried onions, and American cheese.

Check out their listing on Grapevine here.