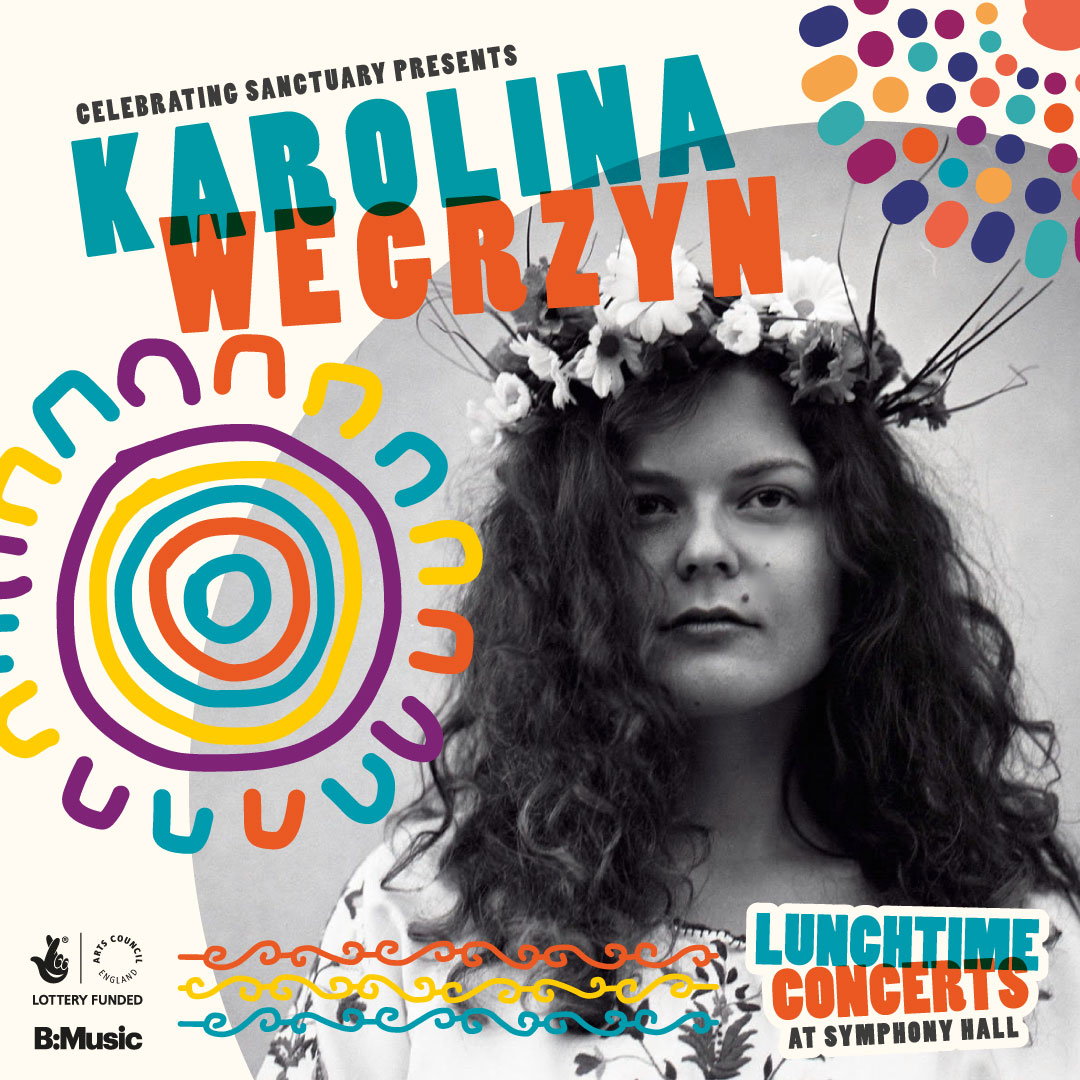 Continuing the celebrations for their 20th Anniversary programme Celebrating Sanctuary have more amazing World Music artists to share with you at their monthly Lunchtime Concert series at Symphony Hall.

Karolina Wegrzyn is a singer, accordionist and hammered dulcimer player from Poland.

Sub-Carpathia, her native region, is rich in traditional customs and cultures as it borders Ukraine and Slovakia, but also reflects the Jewish, Roma and Rusyn communities that used to live there. Karolina was immersed in these traditions from a young age, performing with her grandmother’s folk dance group.

Karolina is also a visual artist and a song collector, meeting with elderly citizens to record old forgotten songs and stories.

Hosted by Celebrating Sanctuary in partnership with B:Music with special thanks to Arts Council England and National Lottery Heritage Fund for their support.