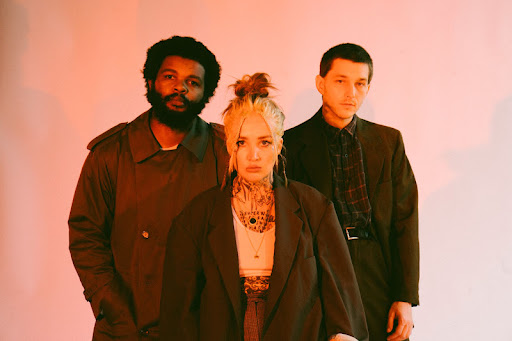 Releasing their new album ‘Blue Skies’ to widespread critical acclaim earlier this year, the indie-rock trio will now bring it to the UK at a clutch of headline shows in the Summer and Autumn.

As part of their Summer tour, the band will also be making appearances at major UK festivals including All Points East (London), End Of The Road (Wiltshire), CONNECT (Edinburgh) and Future Now (Birkenhead).
With tickets for all dates on sale now, Dehd will be stopping-off at these destinations as follows:

The UK shows follow the release of their recent single “Window”, which is accompanied by a stunning official video – available to watch here.
A track that showcases their trademark combination of heart naggingly infectious melodies, Ramones-on-steroids choruses and harmonies so full bodied they sound like Jason Balla and Emily Kempf have someone willed not just their lungs but their kidneys, intestines and more to sing along, Kempf of Dehd says of the track:

““Window” is about “being obsessed with true love and with the construct of “the one”. I wrote it to address my addiction to the terrible and wonderful pursuit of perfect love.”

“Window” is just one of the many highlights to enjoy on Dehd’s latest album ‘Blue Skies’. Their fourth album, and first for Fat Possum, is loaded with the most compelling, compulsive, and expansive songs of their career. The follow-up to 2020’s breakthrough record ‘Flower of Devotion’, it offers another jolt of timely hope, only with twice the power. 13 hits that acknowledge how difficult everything from love and sex to living and dying can be, while supplying the inspiration of their own experiences; the album is available to stream in-full here: https://dehd.lnk.to/BlueSkiesPR

Currently taking the US by storm with multiple SOLD OUT shows and raucous shows in NYC, LA, San Francisco, Austin and Chicago, the band also appeared on the nations’ flagship talk show The Late Show With Stephen Colbert’s At Home series this week. Reinforcing the band’s towering reputation as a small but mighty force, you can watch them performing hit single “Bad Love” here. Catch them bringing that same energy to UK stages from this August…

WATCH THE VIDEO FOR: “WINDOW” HERE