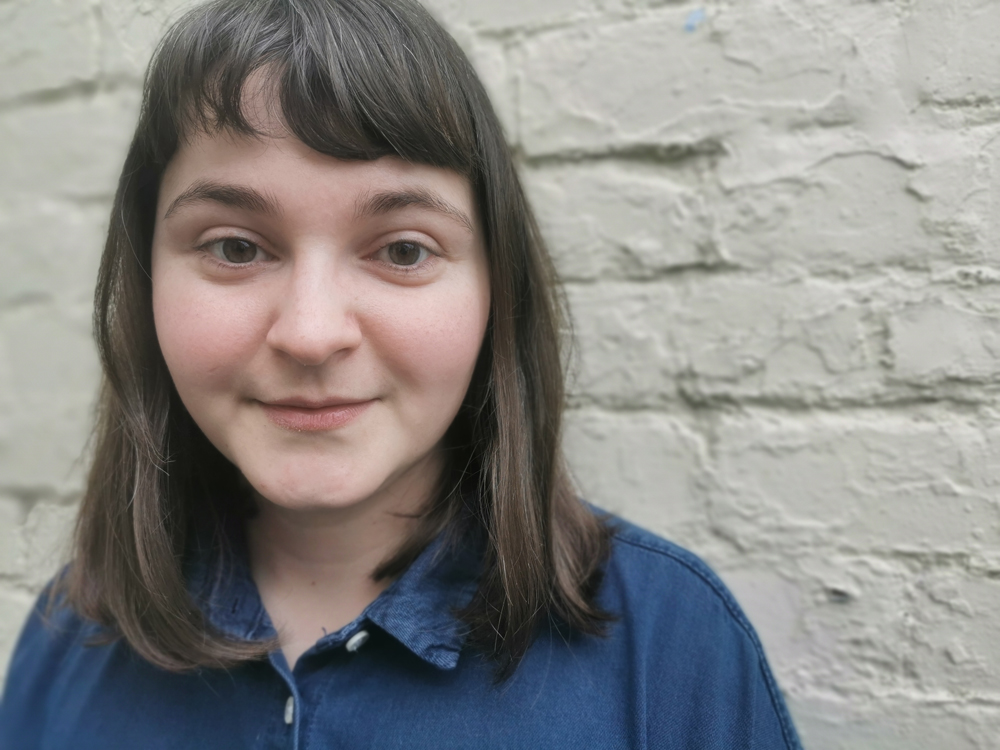 Midlands-based independent theatre studio China Plate are delighted to announce the appointment of their first ever Executive Director, Chloe Courtney, and Sarah Preece as the Chair of the Board. Chloe Courtney takes up their role in March, joining the leadership team of Artistic Directors Ed Collier and Paul Warwick and in MaySarah will take over from Phyllida Hancock who was in the role for four years.

Co-Artistic Director Ed Collier said, “What a team! Paul and I are absolutely delighted to be welcoming Sarah and Chloe into China Plate. The last couple of years have been challenging for the sector and enhancing the leadership of China Plate with Sarah and Chloe gives us the best possible start to 2022. We would like to thank outgoing Chair Phyllida Hancock for her time, thoughtfulness, diligence, humour and overall brilliance over the last 4 years. We wouldn’t still be here without her!”

Chloe Courtney (they/them) has been the Health and Science Producer at Contact in Manchester where young people are at the heart of decision-making, leadership, and the artistic programme. Chloe’s work focused on autobiographical health stories, the ways we can make the arts sector a more caring and accessible place and the connection between arts and wellbeing. Prior to working at Contact, Chloe was the Administrator at Bernie Grant Arts Centre in Tottenham. They have toured work across the UK as a freelance producer, were previously Project Manager at the National Criminal Justice Arts Alliance, and Project Co-ordinator at Complicité.

They said, “I’m so excited to be joining the team at China Plate – I’ve been following the company for over a decade. A lot of my work so far has focused on how we can create caring and supportive arts environments that help producers, artists, and all the people we work with to thrive. I’m looking forward to taking this further as Executive Director at China Plate. As someone who first started producing after taking part in a young producer’s course at Battersea Arts Centre, I’m thrilled to now be working with a company who are committed to supporting new producers in the West Midlands and across the UK.”

Sarah Preece (she/her) is an organisational development consultant and leadership professional who supports transformational change at a civic, organisation, team and individual level. During her career Sarah has led and supported transformational change initiatives across the arts, education and global health sector facilitating and leading on strategies and projects with over 40 individual companies. Sarah held leadership roles in a number of significant UK arts companies including the Gate Theatre, the Royal Court Theatre and Battersea Arts Centre. Her most recent role was Joint Chief Executive at Mountview Academy, London where she was the executive lead on the £30m capital project leading the relocation of the school from North to South London. In 2020, she received an Olivier Special Recognition Award and the Southwark Excellence Business Woman of the Year Award.

She said, “I am delighted to have been appointed as Chair of critically acclaimed China Plate. Their dynamism as a company is infectious and the diverse range of live and digital performance is both inspiring and necessary. I am particularly excited by the culture of co-creation they champion and am passionate about their work to increase opportunities for people to particulate both as audiences and as makers. Through empowering audiences and emerging artists from underrepresented communities, they are expanding not only the art form, but challenging the way performance is made. I hope to bring my experience to bear to support them in the development of this mission, to assist in the forging of new and existing partnerships across and beyond the arts and culture sector and help the company extend its national and regional reach.”

Established in 2006, China Plate is one of the UK’s most prolific independent producers of contemporary theatre, producing work that engages 35,000 audience members annually. The company’s central mission is to ‘challenge the way performance is made, who it’s made by and who gets to experience it.’ China Plate has worked with some of the UK’s most talented artists, including Caroline Horton, Inspector Sands, David Edgar, Chris Thorpe, Rachel Chavkin, Rachel Bagshaw, Urielle Klein-Mekongo and Contender Charlie. They are Resident Producers at Warwick Arts Centre, partners in the Rural Touring Dance Initiative (RTDI) founded to bring contemporary dance to rural venues around the UK, partners in the ACE Ambition for Excellence funded Musical Theatre Development Consortium led by Royal and Derngate Theatres, Northampton and Derby Theatre’s Performing Arts Producing Hub.