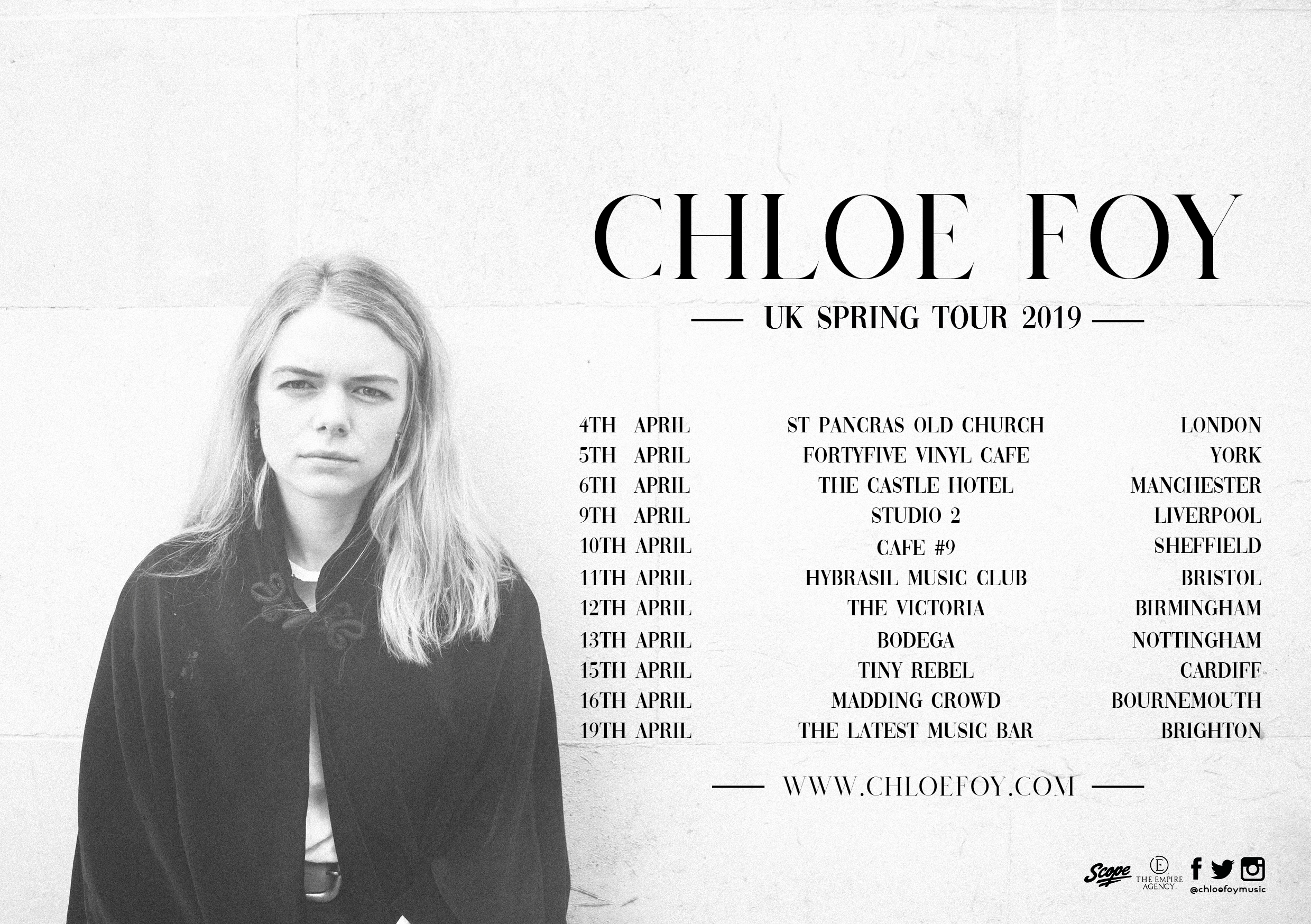 This Spring Chloe Foy is set to embark on her debut UK tour, playing 11-dates over 21 days in April. Starting in London on the 4th, Chloe is showcasing her eclectic mix of homespun folk melodies and refined songwriting across England and Wales. Rooted within the folk community, Chloe’s mainstream appeal is ever present and illustrated by her unprecedented streaming success. Influences of Laura Marling and Sharon Van Etten to single out are at the fore of Chloe’s back catalog, whilst still retaining a truly inspiring original sound.