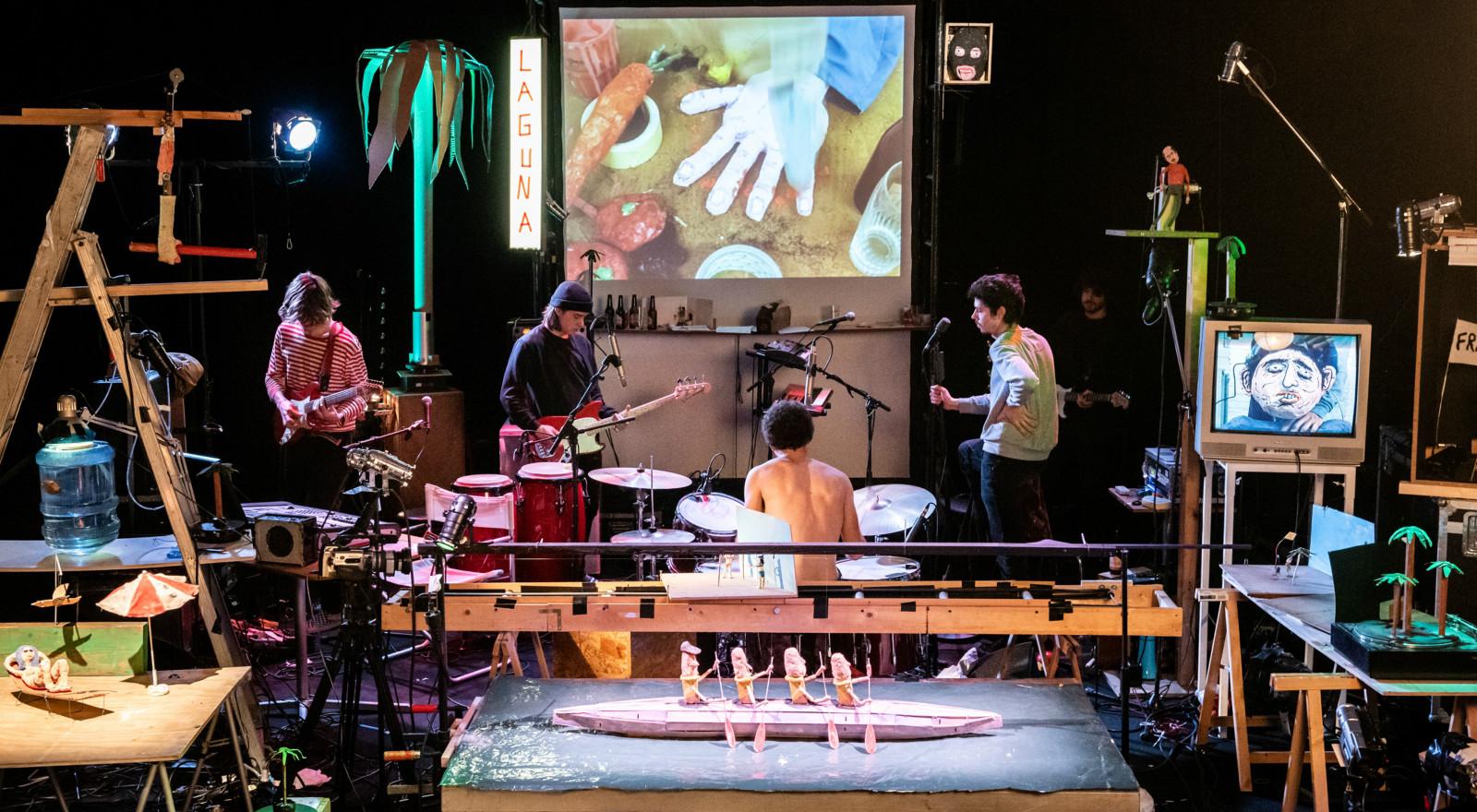 Tickets are now on sale for Flatpack Festival which promises audiences a menu of delights from well-respected artists, filmmakers and musicians over six days this May. The much loved BAFTA-qualifying short film programme returns with 40 films from 17 countries along with extraordinary live audiovisual performances.

Based in Digbeth, Flatpack Festival is known for its eclectic and surprising programming of live performances alongside archive shorts and feature films. This year’s highlights will not disappoint audiences wishing to escape:

BBC broadcaster and musician Neil Brand will present his new show about Laurel & Hardy, accompanying a series of their silent short films. Find your ‘Happy Place’ in the cinema for one person at a time with One Bum Cinema Club which offers a hit of comic adrenaline showing comedy shorts on loop. Comedian Luisa Omielan will be introducing the classic comedy film Sister Act II: Back in the Habit.

A cocktail sommelier has created a cocktail menu to match with Billy Wilder’s classic film for an extravagant Some Like It Hot with cocktails night.

Sam Groves, Flatpack programmer said: “This year’s festival line-up is as eclectic as ever, celebrating the breadth of film and the moving image right across the spectrum. I love the idea you could turn up to the festival and see some Laurel & Hardy with live piano accompaniment, followed by some brilliant new shorts, drop-in to a 16mm AV performance, head to a punk puppet show, watch a new sci-fi feature and end up at a beach party! Coming to a festival should be a ride where you get your mind blown and your perceptions changed, and I hope that’s what’ll happen for audiences this year.”

Joe Lycett’s Curiosities with Shaun Keaveny. Joe and Shaun chat about Joe’s forays into filmmaking while showing his short films and talking about what inspired him.

Comedian Joe Lycett said: “I am thrilled to be appearing at this year’s Flatpack Festival. It’s the perfect place to debut the short I made last year in Birmingham, plus I get to chat about my favourite inspirations with my friend, the legendary Shaun Keaveny. I can’t promise that my inspirational clips won’t just be loads of old episodes of Loose Women.”

>The festival’s live audiovisual performances include:

A brand new collaboration supported by the Royal Society of Chemistry, where the festival brings together visual artist Laura Spark, Dr Zoe Schnepp, a chemist from the University of Birmingham, and musician Jon Hering. Together they will create a live audiovisual interactive experience piece The Art of the Matter using live chemical reactions.

Netherlands-based visual artist Lichun Tseng teams up with sound artist Robert Kroos for a unique AV performance Ebb & Flow. Using five 16mm projectors with layering, constructing, and deconstructing visual and auditory textures they strive for a sense transcending experience where the spectator is no longer consciously watching nor listening.

abcdefghijklmnopqrstuvwxyz is an audiovisual voice performance from Austrian artist Jörg Piringer. Image and sound are created in real-time through custom written software that analyses and captures the sound of his voice to create animated abstract visual text and sound compositions.

Overlap is an animation shorts show and tell social night which highlights the very best in Midlands’ made animation.

For dance and film fans there will be an afternoon of Screendance shorts, including the competition programme in partnership with Birmingham International Dance Festival.

The BFI Network Screening showcases the best emerging filmmakers from the region who have all found support from BFI Network. This event will involve a screening of a number of shorts with intros by all the filmmakers themselves.

Designed for those with complex disabilities, touch screen makes short films more accessible by augmenting them and turning them into interactive sensory installations.

The festival wraps up with an Awards Ceremony with eight awards including an Audience Award. The Short Film competition shows more than 40 films from all around the world with the usual dose of absurd humour, outstanding animation in all shapes and sizes.

Running alongside the festival is the unmissable exhibition ‘Wonderland’ which explores how cinema has shaped the streets, social lives and dreams of Brummies over the past 125 years. It’s presented by Flatpack Projects and Birmingham 2022 Festival in Birmingham Museum and Art Gallery. Associated events include a walking tour exploring key cinema sites in Birmingham city centre, a conversation with DJ and entrepreneur Cecil Morris about the legendary blaxploitation and kung fu nights he hosted in the 70s and 80s and a Wonderland Pecha Kucha evening at the festival hub where a range of guests will share their cinema stories.

Flatpack Festival will be in venues throughout Birmingham from 17 to 22 May this year. Tickets are on sale now book here https://flatpackfestival.org.uk/flatpack-2022