Home » What's on » Could this be the best value tasting menu in the Midlands? 670 Grams launches 15-course tasting menu! 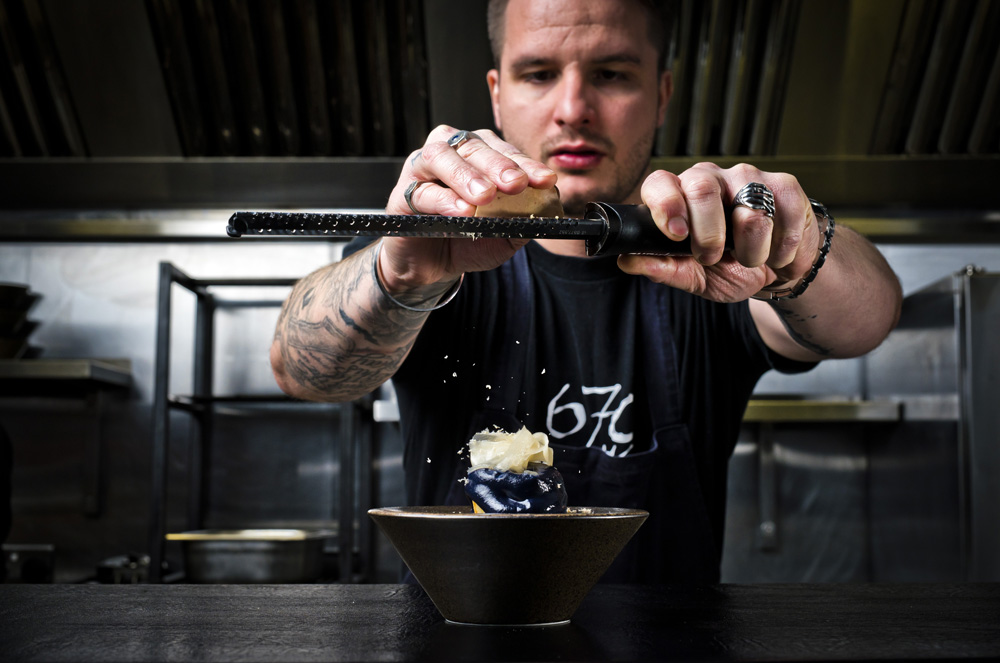 On Wednesdays and Thursday diners can enjoy the menu for £70

670 Grams have launched a new 15 course tasting menu. Priced at £70 on Wednesday and Thursday and £80 on Friday and Saturday, the menu represents the best value, course for course, in Birmingham.

Kray Treadwell, owner of 670 Grams and Great British Menu Finalist, was awarded the ‘MICHELIN Young Chef Award Great Britain and Ireland’ last year. The award celebrates outstanding promise in chefs under 30. Treadwell’s potential, alongside his innovative culinary skills were recognised by MICHELIN Guide’s team of inspectors. Alongside this 670 Grams entered the MICHELIN Guide GBI 2021 with a MICHELIN Plate.

The new menu takes in a mix of European influences, Asian-inspired flavours and takeaway food with playful elements that serve as reminders of Kray’s relationship with his fiancé, Sacha. The ‘Lamb’ dish was inspired by Jamaican Mutton and Rice; the first dish Sacha and Kray ate together after their daughter arrived. Whilst the ‘Pumpkin’ is reminiscent of Sacha’s favourite drink, the pumpkin latte.

670 Grams opened in Digbeth in August 2020 with a three month waiting list. The 16-cover restaurant is named after the weight of his daughter when she was born four months prematurely.

Kray, said, “I am committed to ensuring that the food I create is as accessible as possible. With the launch of our new tasing menu I’m hoping to introduce even more people to the world of fine dining, without the stuffiness and pretension that’s sometimes associated with it.”