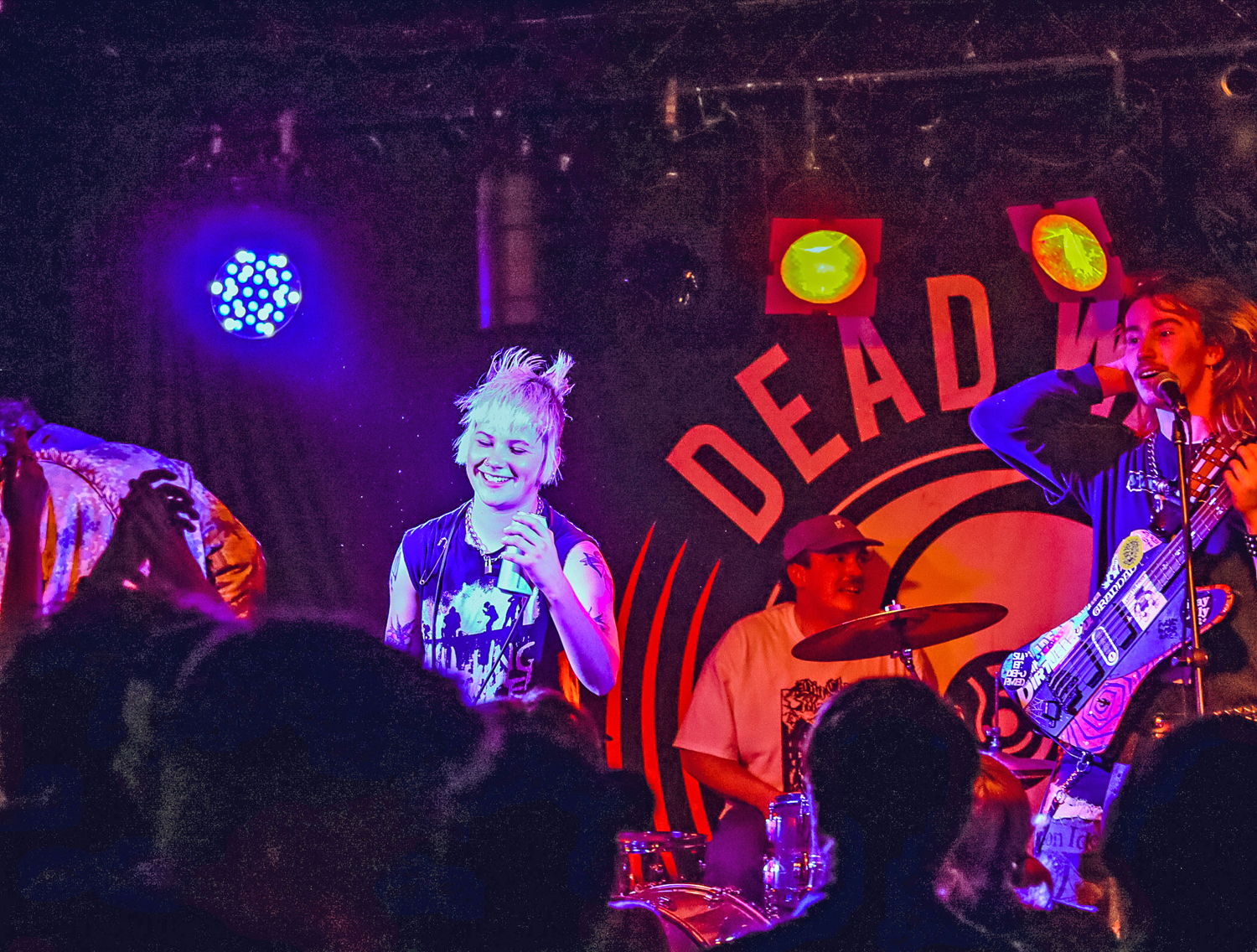 A lot of us love going to see live music, whether it is what you enjoy as a night out or because of how it gives you an adrenaline rush that carries on through the night and days to come. For some it might even be a way of bonding with friends and family, watching a performer you all love and sharing that experience together. Sometimes the artists are just passing through though, leaving you without the guarantee of seeing them close to home again. So when you get to see one that is very much born and bred in your own city and have the opportunity of seeing them again and again, then that’s a find; especially when you come across a band like Curbdawgz.

I got to see them as the support band for another act at Dead Wax Digbeth, although you felt as if you were seeing the main act already. The chaotic energy that came off the stage had the crowd intoxicated and although I didn’t know any of the lyrics to Curbdawgz music, as this was my first experience seeing and hearing them, I felt like I wanted to sing and scream along because they were just such a pull of pure hardcore punk and charisma that has you in awe of them. You take notice of both the music and artists themselves, from the way they dress to the way each band member owns their own part of the stage; this band is a force to be reckoned with when they get into position and play for you.

Curbdawgz seem to have a solid fan base already. I noticed some of the crowd had come out just to see them and I don’t find it hard to believe. My friend who is very much not a hard rock sort of girl was taken by the band from the off and before I knew it she was bouncing to the bands music beside me. That convinced me that if you can turn someone into a fan of music they usually don’t find entertaining then you definitely have something special going for you.

When I mention their chaotic energy I was not just throwing the word around lightly, as many crazed moshers can attest to this for me, the lead vocalist was in the face of manic fans several times, booming out a strong and fiery voice that seemed to ignite the audience even more.
A blow up doll even made an appearance on stage, thrown on by a fan I’m pretty sure and after exiting the stage I was surprised to see it was still inflated! The whole visual side of the show itself was more than entertaining and everyone were just as taken as I was by the overall performance.

From the band to the crowd, it was hard to not be completely immersed and excited by the whole experience. I just wish I was brave enough to join the mosh pit but unfortunately I’m not sure I would make it out of the ones Curbdawgz fans create alive. Together the band bounced off one another and the image they give off feels enticing but at the same time some what intimidating. When they told us we better dance, I wasn’t going to stay still, not that I was still to begin with. I only stopped to take a photo, which is how any good gig should be.

What a wild and unforgettable experience, I can promise you I will most definitely be seeing this local band again when I get the chance. Curbdawgz are Birmingham’s punk gem and a rock lovers essential, so go join the pack because we have.