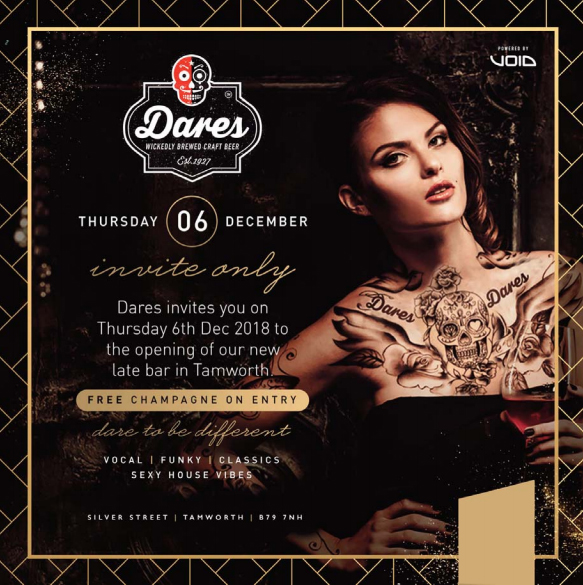 Dares is Coming to Tamworth.

The opening is part of Davenports growth and investment across the whole business which includes traditional pubs, late night bars and nightclubs.

The original Dares Southend Brewery was located on Belgrave Road, Balsall Heath Birmingham, and dates back to 1927 in 1962 the brewery was aquired by Davenports. Davenports now brew Dares beers as part of its craft beer range and Dares Lounge Bars are the groups late night club / bar offering.

Simon Key the Marketing and Brand Director for Davenports commented

We are excited for the opportunity to bring our Dares bar to Tamworth. We will be offering Tamworth and the surrounding areas a premium experience, with a sumptuous refurbishment,
hostess table for our VIP areas, premium drinks and a world class void acoustics. Cheers!