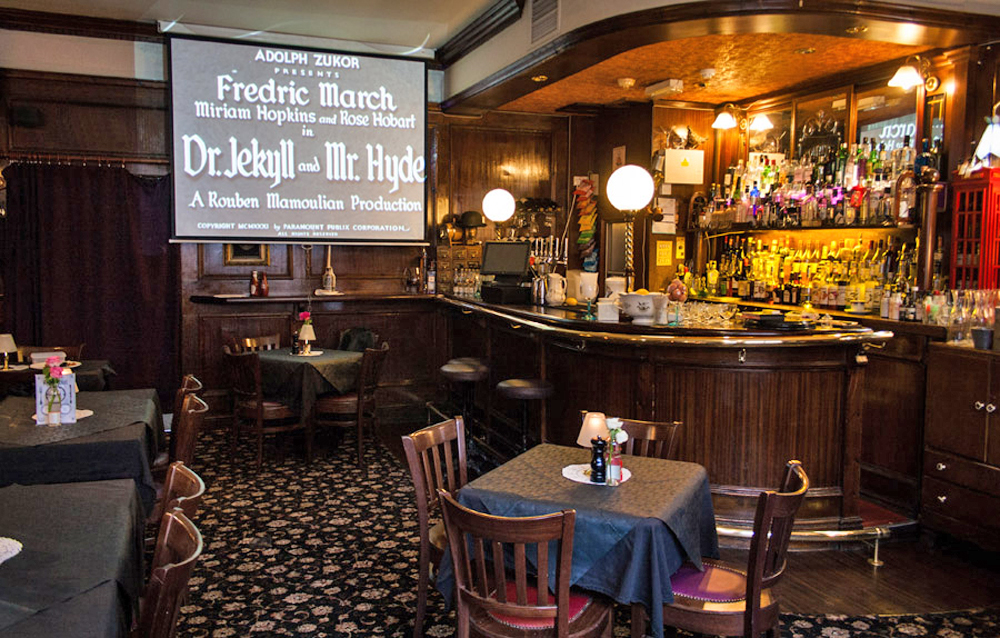 Despite what has been a testing couple of years for the hospitality industry, Davenports Brewery, the historic West Midlands based brewing company established in 1829, has continued with its expansion plans and acquired yet another venue, this time in the heart of Birmingham. This week they signed the contract to add the much-loved Jekyll & Hyde on Steel house Lane, to their considered portfolio of pubs with kitchens.

The popular bar, won rave reviews for its quirky Victorian pub setting with retro touches, as well as the upstairs gin parlour and Alice in Wonderland themed courtyard, which helped to make it one of the city’s original Instagrammable venues. A loss to the city’s social scene when it closed, it boasts a strong location for both day, and evening visitors.

Commenting on the acquisition, Finance Director Ian Robinson said; “Despite the testing climate, Davenports has gone from strength-to-strength, adding to its portfolio with considered venues in what we believe to be great locations. The Jekyll & Hyde was hugely popular, and whilst we have our own plans for a new theme and offering, we’re delighted to be able to build upon the reputation it had.”

He continued; “Davenports was established in Birmingham, and dominated the brewing industry for many years. The company pioneered technology and recycling in the 1930s, and in 1905 fought, and won, a famous ‘Beer Hawking’ case in the Victoria Law Courts – we relaunched our Beer At Home service in December last year also! Is it coincidence, or destiny that we now have a venue just around the corner from those courts where that famous legal battle took place?”

Other acquisitions over the last 24-months include; Stourport, Stratford-upon-Avon, Hednesford, and yet to be announced Worcester, Tamworth and Stourbridge. The company has also extensively refurbished existing venues over the last 18-months.

Davenports was established in 1829.

1902: A new branch of the business started – manufacturing, bottling and delivering Davenports non-deposit ale and stout.

Famous Legal Battle: In 1905 Davenports was accused of ‘Beer Hawking’, selling beer by retail at a place where they were not authorised (beer at home), It was viewed as a hugely important prosecution, fought brilliantly, and won by the very theatrical barrister, Mr Marshall-Hall K.C, on behalf of Davenports in the Victoria Law Courts. Marshall-Hall was later knighted. Davenports had paved the way for other brewers to follow a similar scheme.

The Co-operative beer bottle…A Double Inducement: Within a month of the dismissal of the beer hawking accusation, C.B Ltd launched its prospectus to potential shareholders in the company, which already had proven ‘progressive, substantial, and satisfactory’. Half of the shares were Ordinary and were divided equally between the three directors and John Davenport and Sons brewery, and half were advertised as customers’ shares. Those who bought them had to commit to buying ten shillings’ worth of bottled ale (CB) or Stout (CS) over a six-month period; if they didn’t do this, they had to sell their shares at the paid-up value. Holders of these shares were entitled to a 5% cumulative preference dividend and half of the surplus profits of the company in proportion to what they had spent in the year after 5% had been paid to the Ordinary shareholders. The FT wryly dubbed the scheme ‘A Co-operative Beer Botte’, more seriously and optimistically, Davenports advertised it as ‘devised to give EVERY shareholder a double inducement to further the interests of the Company’.

Early pioneers in advertising. By 1910, it was obvious that much thought was put into making them lively, pertinent, and appealing.

Technology: in 1930, The Birmingham Daily Gazette stressed that few of its rivals could claim to be as modern in equipment as Davenports which boasted ‘the very latest appliances that science and mechanics have evolved’. In total, three batteries of machines with ten machines in each turned out 120,000 bottles of beer every day!

Continued Investment: More investment in the bottling plant meant that a few years later, Davenports were capable of 24,000 bottles per hour.

Pioneers of Recycling: In the 1930’s, davenports championed recycling bottles that were returned by customers. Scrupulously cleaned and chilled for reuse in two automatic bottle washing machines the rate of 12,000 per hour.

Famous Slogan: In 1939, the ‘Beer At Home Means Davenports’ slogan was first introduced.

That Jingle: Davenports gained much publicity from an advert that featured marketing director Carl Daniels and a catchy ditty:

The finest hops with malt and yeast, Turns a snack into a feast.

Straight from brewery to your home, Why collect, we’ll deliver.

Costing little to make, it was credited with boosting sales to such an extent that in 1973 Davenports’ profits reached just under £1million compared to £86,000 in 1961.

2021: Despite the terrible impact of the pandemic on the industry, Davenports managed to acquire new sites and venues, refurbish existing pubs whilst also launching ‘Beer At Home’.

122 million tonnes of CO2 are emitted by shipping empty space each year. Reducing box size and lessening void fills in our Beer At Home deliveries all adds to reducing lorries on roads each year. (packagingnews.co.uk 17/09/2018