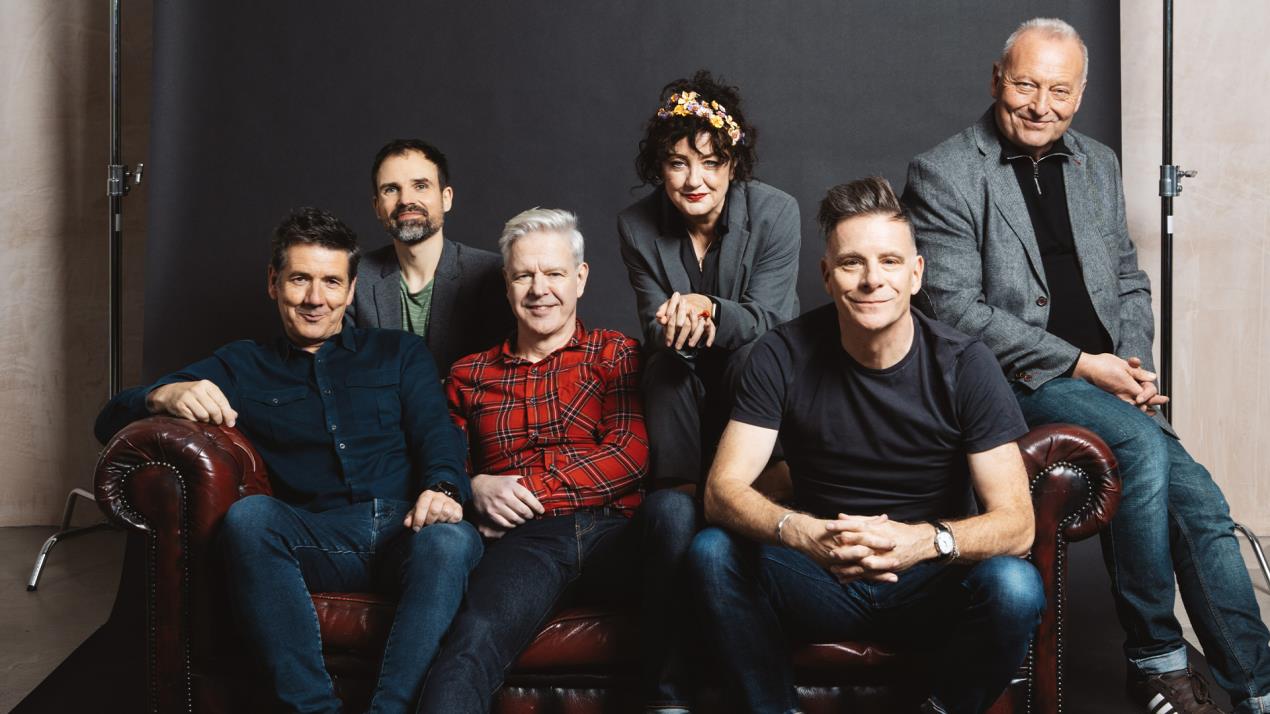 Tickets on sale from theticketfactory.com, 9am Friday 18th November 2022

Thirty-five years since their debut single, Dignity, and millions of record sales since, Deacon Blue are digging out all their old 45s – the Top 10s, the favourites, the sing-a-long rarities – and touring the UK & Ireland in September / October 2023. The band have always thrived onstage, but they’ve never played gigs quite like this: they’ll perform two sets, with no support. The first half will be an intimate acoustic show, and then they’ll go electric for a raucous trip across their hits.

Vocalist and songwriter Ricky Ross is raring to go on this celebration of Deacon Blue’s brilliant and loyal fans, roaring the Caledonian gospel from the South Coast to the Uplands. “We’ve decided to play a Greatest Hits show with a difference,” he says.“ Yes, we intend to play all (or nearly all) the old 45s, but we also want the first half of the evening to be an intimate acoustic performance, the band gathered round the piano with acoustic guitars and whatever Dougie decides to hit. We’ll play some album tracks and reinterpret a few favourites from the back catalogue. We’ll take a short break then come back and make a lot of noise. We hope you can be part of that noise.”

Kicking off in the birthplace of pop (as Ross’s recent memoir attests, everything comes back to The Beatles), the tour will launch in Liverpool – which has long held a special place in the band’s collective heart – before travelling the length of the land. Ross, co-vocalist Lorraine McIntosh, Dougie Vipond (drums), Jim Prime (keyboards), Gregor Philp (guitar) and Lewis Gordon (bass) will breathe new life into well-loved songs like Dignity, Loaded, Wages Day, Real Gone Kid, I’ll Never Fall In Love Again, Your Swaying Arms, Twist & Shout, Your Town, The Hipsters and City Of Love. And so many more.