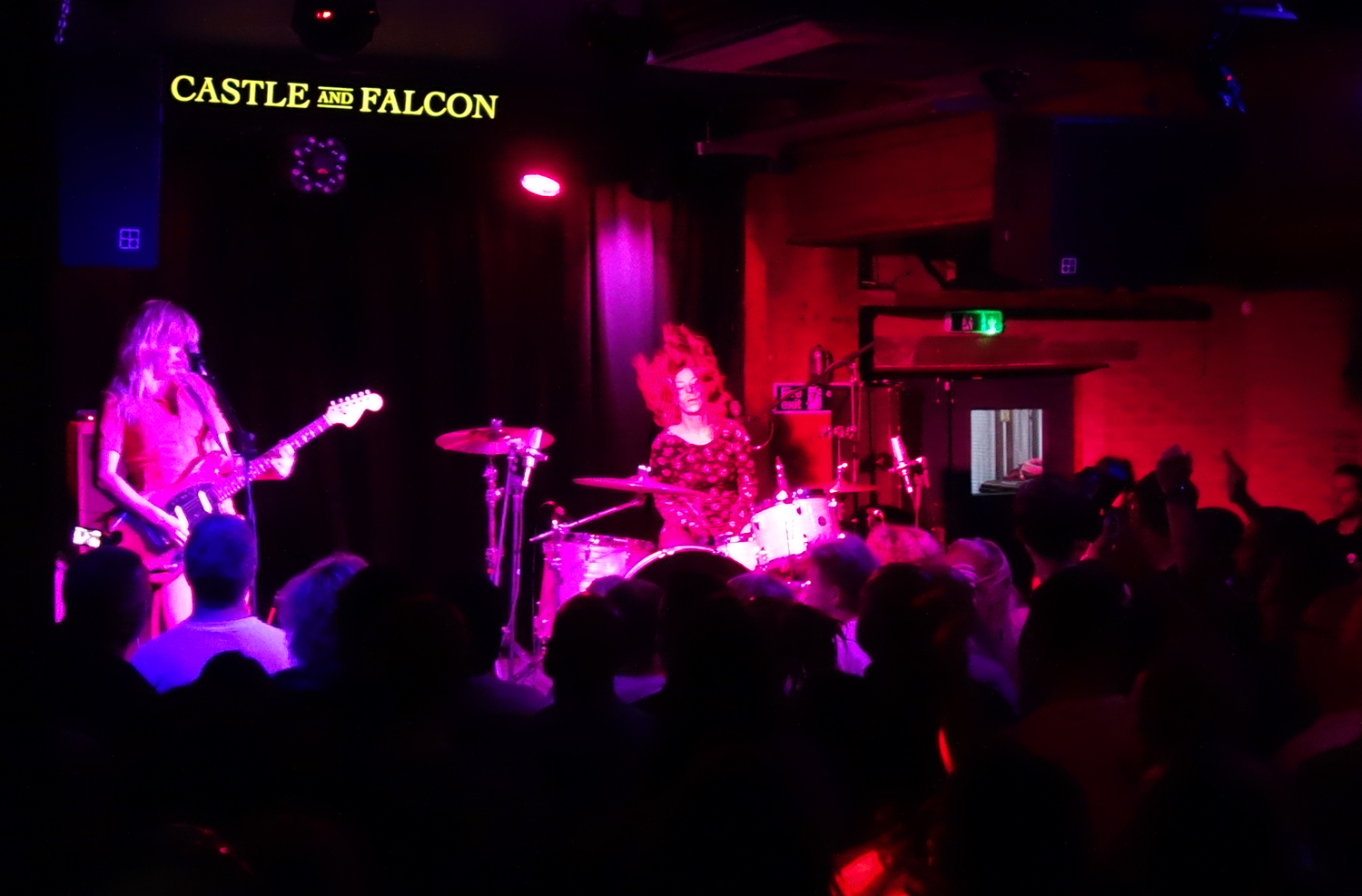 The Castle & Falcon continues to draw in the crowds for its live music events, and last Monday we had the pleasure of reviewing Deap Vally.

In recent years many will have known this venue as the Ceol Castle. A recent name change to the original pub’s name Castle & Falcon, and a superb refit has brought this great little boozer back into the lime light. With a snazzy secure beer garden out front, and dead smart live music room, this venue is the perfect place to watch the various bands that roll intro the city via Birmingham Promoters.

Deap Vally are a female heavy rock duo from L.A. with a soulful edge. Imagine a female version of Black Keys, well that was what I thought anyway.

Lindsey Troy and Julie Edwards met in a crochet class in 2011 (no lie), and have since then melted faces and blown minds all over the world, touring with Queens of the Stoneage, Black Rebel Motorcycle Club, DIIV, Band of Skulls, the Vaccines, Marilyn Manson, Muse, Peaches, Babes in Toyland, and Mumford and Sons, appearing on Jools Holland, and playing festivals from Glastonbury to Austin Psych Fest to Splendor in the Grass all over the world on the wings of their 2013 debut album SISTRIONIX.

On this occasion we had a prime spot behind the bar, and it’s a good job too because the venue was packed out.

It was a full on tidal wave of all female musical power, and the audience were smitten. With some crashing drums and arrogant swagger of the lead singer, we were all drawn into their hypnotic grungy psychedelic sounds, and I think it is fair to say only America could produce a band of this calibre, you almost get a nod to the 60s garage and surf rock which is no bad thing at all.

For some reason I kept expecting Courtney Love and Kurt Cobain to appear on stage and join in, there was definitely that West Coast grunge spirit at play in The Castle that night.

Once again, it is an example of Birmingham Promoters doing a grand job of choosing the right venue for the right band, and all credit to The Castle & Falcon for providing a busy venue to make it worth these bands including the city in their UK tours.

Wild night and I’m certainly checking out their previous releases.