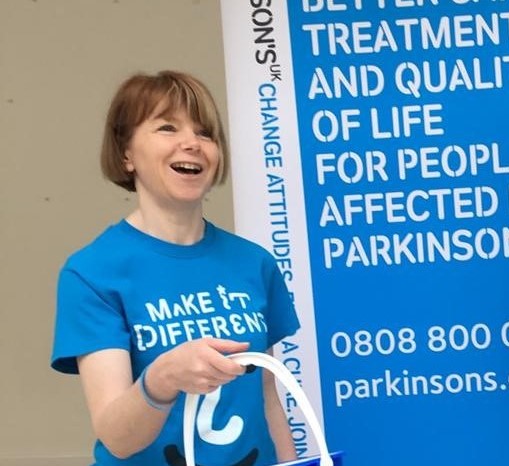 Daredevils in Birmingham and across the West Midlands can now sign up to take on an abseil for charity Parkinson’s UK.

The abseil down Birmingham’s iconic Custard Factory is taking place on Saturday 5 June. Money raised through sponsorship will help drive forward pioneering research projects, as well as the delivery of vital support services for all those affected by Parkinson’s.

One of those taking part in the abseil is 48-year-old Vicki Mountain from Wolverhampton, who was diagnosed with Parkinson’s three years ago.

She said: “I really want to raise awareness of Parkinson’s, as unless you live with this condition, it’s a tough one to understand. It affects everything in my life. I feel like two different people – there’s the woman that’s still me, who loves to chat, laugh, exercise and ride roller coasters, and then there’s the woman with Parkinson’s who literally cannot make it out the front door, cannot cut my own food, cannot answer a simple question.

“I am a little scared and anxious about the abseil, as I’m scared of heights! But after that first step there’s only one way down. When I told my friends at work about the abseil, they decided to join me. I’ve really missed seeing my friends during lockdown and doing this abseil together will be a fantastic experience.”

“With more than 40 potential symptoms, Parkinson’s can devastate lives. We’ve made huge breakthroughs in the last 50 years, but there is still no cure and current treatments are not good enough. By taking on this challenge like Vicki, you can help transform the lives of people with Parkinson’s.”

Parkinson’s is the fastest growing neurological condition in the world, and currently there is no cure. In the UK, there are around 145,000 people already living with Parkinson’s, including approximately 12,329 in the West Midlands.

Parkinson’s UK is the largest charitable funder of Parkinson’s research in Europe, leading the way to better treatments and a cure.