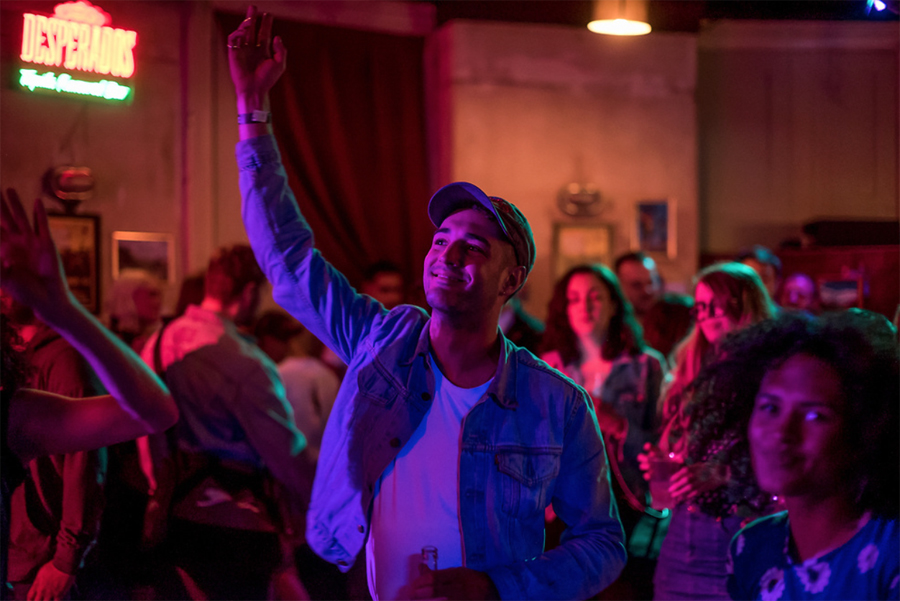 9 JUNE 2017 – This summer Desperados is bringing legendary lost UK club nights back to life in a massive house party series across the country. CLUBHOUSE lands in Birmingham on 28th June, headlined by cross-over producer, Preditah. 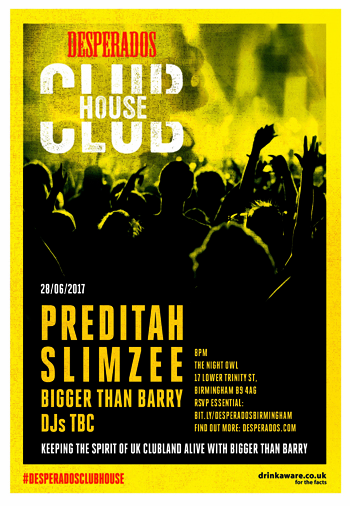 For one night only, Desperados will bring Birmingham’s own Preditah back home to celebrate the revival of the legendary Bigger Than Barry – whose regular nights lit up the Midlands and beyond from 2005 to 2015.

The event will see Preditah, one of the UK’s most talented young producers, go big to a home crowd at The Night Owl alongside the co-founder of iconic, former pirate radio station Rinse FM and one of the godfathers of grime Slimzee.

Preditah currently stands at the forefront of UK electronic music, having forged a path from his roots in grime to his present, genre fusing sound. Along with Slimzee, a figure inextricably linked to the genre’s origins, the night is set to carry a dual focus on the forces pushing the genre forwards as it rides it’s prominent second wave. By bringing together voices of grime’s past and present Desperados will also underline the importance of urban music to the continued vibrancy of both UK music and beyond.

With its CLUBHOUSE series, Desperados is fusing the old with the new – bringing back legendary nights which were once the norm. Desperados will give music fans the chance to relive lost UK club nights at venues and festivals across the country in an intimate house party setting, providing a new generation with a legendary nightlife experience for the first time – a true celebration of the spirit of UK club nights.