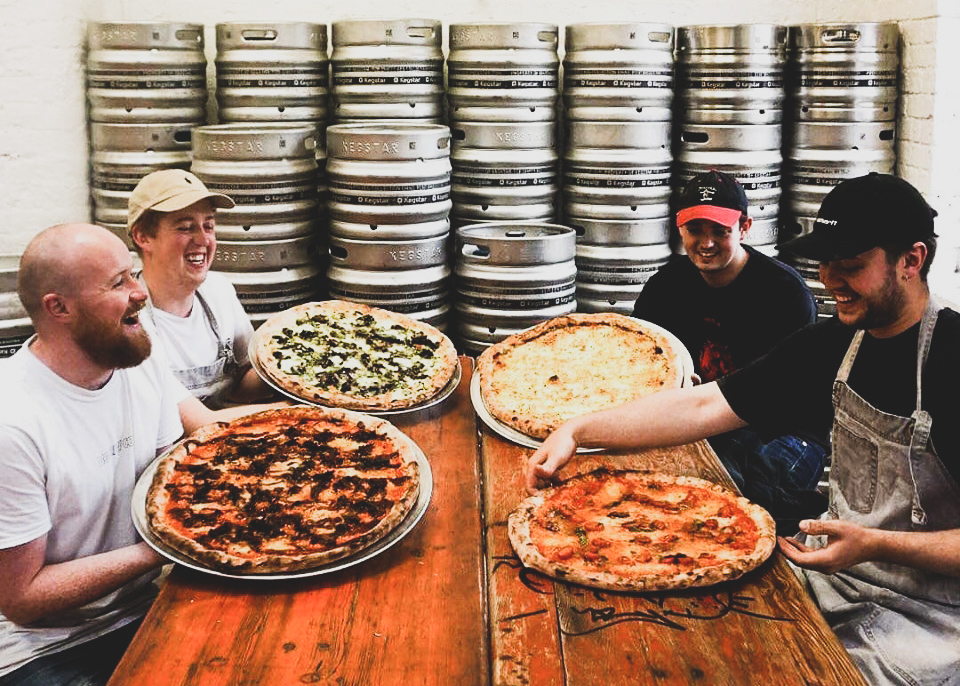 Birmingham’s award-winning Dig Brew brewery and taproom has added a fresh spin to its dough after launching its new pizzeria.

The launch coincides with the craft brewery extending public opening times at its River Street premises in Digbeth from two to three days a week with Thursdays added to its existing Friday and Saturday openings.

Dig Brew, which won a competition run by festival organiser We are Beer this year to find the country’s best up and coming craft beer brewers, has made Dough entirely dough-themed with dough ball starters and hot doughnuts for desserts, all freshly baked in its newly refurbished kitchen.

Dough offers a range of four pizza toppings that will change each month, in addition to a Margherita (cheese and tomato) pizza as standard. Vegetarian and vegan options are included.

Served at long wooden tables in front of one of the longest bars in Birmingham, the specialities include flapjacks made with spent grain from the brewing process and soft-serve malted milk ice cream also suitable for vegans.

Oliver Webb, who founded Dig Brew with the support of Peter Towler of Mad O’Rourke’s Pie Factory in Tipton two years ago, said: “Our experiment in offering pizza alongside a constantly changing range of beers proved such a success that we decided to offer constantly changing pizzas in our new Dough Pizzeria.

As most of our customers are couples who enjoy sharing, our trained pizzaiolos can now cater for their preference with extra-large authentic Neapolitan pizzas freshly baked in our new ovens and served speedily to their tables.

Pizza prices range from £4.50 for a single large slice to £20 for a 20-inch pizza for sharing. Dig Brew is now open every Thursday (from 4pm), in addition to every Friday (from 4pm) and Saturday (from 12pm).

Dig Brew brews and distributes a constantly changing range of seasonal lagers, stouts, sours and pale ales to pubs, bars and off licences nationally from its converted industrial premises. As well as a bar and pizzeria, it organises regular music and art-based events including opera productions.

Dig Brew is on social media at www.instagram.com/digbrewco. The brewery is at 43 River Street, Digbeth, Birmingham B5 5SA.