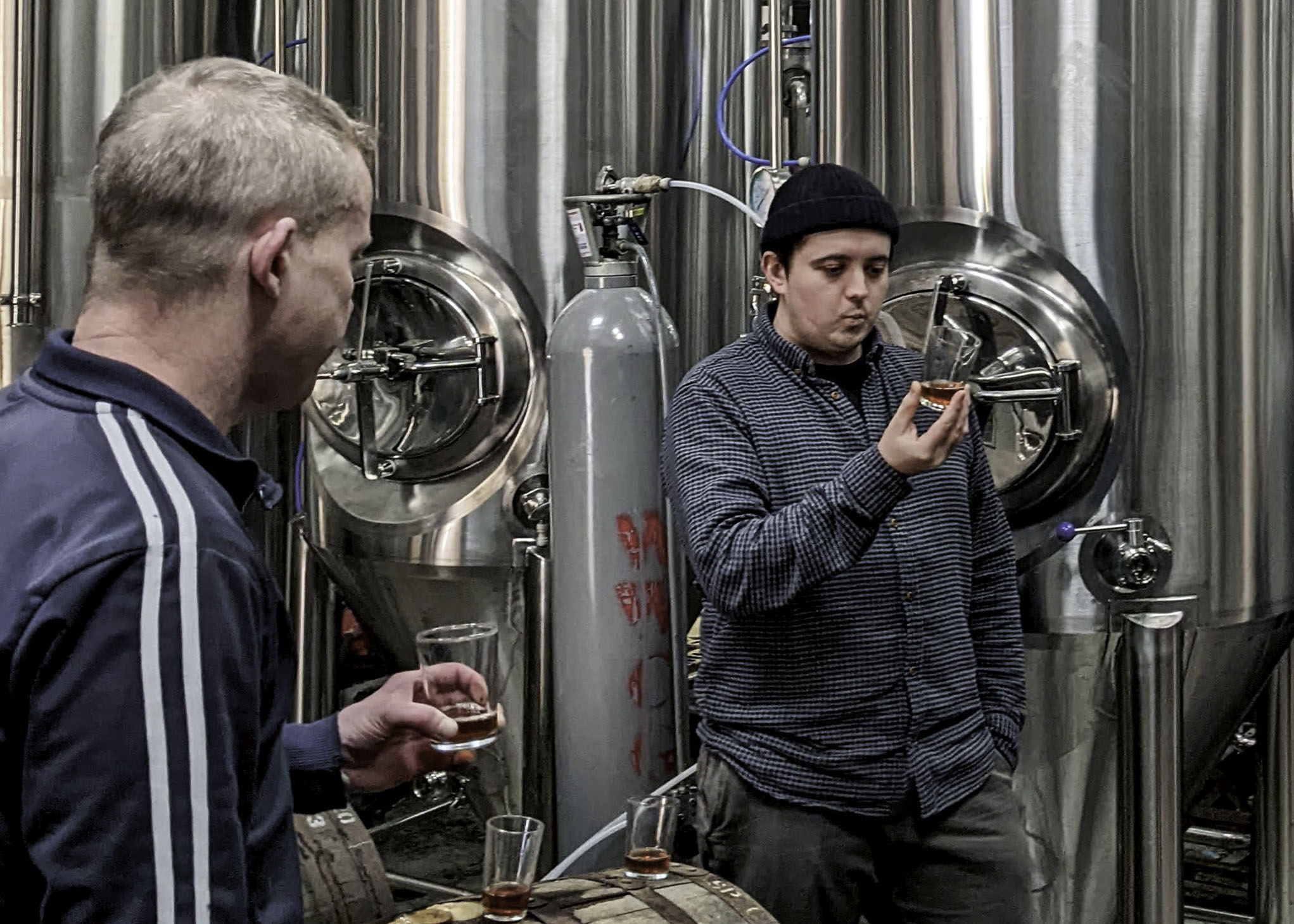 Birmingham’s Dig Brew Co brewery is to celebrate its export success and the launch of a new taproom by holding the Midlands’ first-ever dark and sour beer festival – and tickets are available now.

The festival will be held at the brewery’s premises on River Street in Digbeth from February 25 to 27 under the theme of Say Doom and Die, with the taps on the Friday and Saturday turned over to no less than 20 Imperial stouts, barley wines, dark lagers and IPAs, and sour beers.

The festival will conclude on the Sunday with Say Doom and Die: The Day After the Night Before, a brunch party with breakfast burritos and coffee served in association with Southside-based Quarter Horse Coffee.

An investment last year in two new 30HL brewing tanks and new canning and labelling equipment has enabled Dig Brew Co to boost its beer business across Europe and achieve most recently its first orders from Australia and Japan.

The brewery’s Ryujin Biru Session IPA with Yuzu juice and Citra was created in Birmingham specifically for the Japanese market as the result of a collaboration with US heavy metal band Trivium. Its standard Potion and OPTIMO pale ales have also been on tap at craft beer pubs across Tokyo.

Beer making expansion has also resulted in the building of a new taproom. Opening this Spring, Misery ™ will display the quirky elements of science fiction and cartoon horror in the brewery’s branding that make Dig Brew Co unique.

The Say Doom and Die drinks offering will include ten Imperial stouts and two barley wines, of which a number are barrel-aged, along with a Dunkel dark lager, black IPA and three new California sours. A hoppy farmhouse Saison-style beer and two cask ales will also be among the beers – the full festival range of which will vary in strength from 4.5% to 12% ABV.

Tickets for Say Doom and Die are £20 per head and available from Dig Brew Co’s web shop at www.digbrewco.com. Guests receive 15 bones (tokens), which can be exchanged in set quantities for one-third pints, as well as a commemorative glass, beer checklist and a sticker pack. They can also claim 15% off take-home orders. Tickets for Say Doom and Die: The Day After the Night Before are £15 each.

Oliver Webb, Owner of Dig Brew Co, said: “We are delighted to be able to honour and share our new and ageing beers from our vault at the Midlands’ first dark and sour beer festival. This is a terrific opportunity to try our entire festival drinks range and a tasty new pizza, as well as see the progress we have been making in turning our premises into a fantastic new entertainment experience.”

Oliver added: “The enforced closure of our taproom because of the pandemic has focused our minds and efforts on expanding the brewery, giving us the added capacity to export our beers worldwide and help drive our ambition to become an internationally known and respected craft beer brand.”

Dig Brew Co was founded five years ago in its former industrial premises. It won the 2019 Raise the Bar competition run by We Are Beer to find the UK’s best up and coming craft brewers. It brews and distributes a constantly changing range of seasonal lagers, stouts, sours and pale ales to pubs, bars, and off licences nationally and internationally.

Dig Brew Co’s taproom is open on Fridays from 5pm-11pm and on Saturdays from 12pm-11pm.