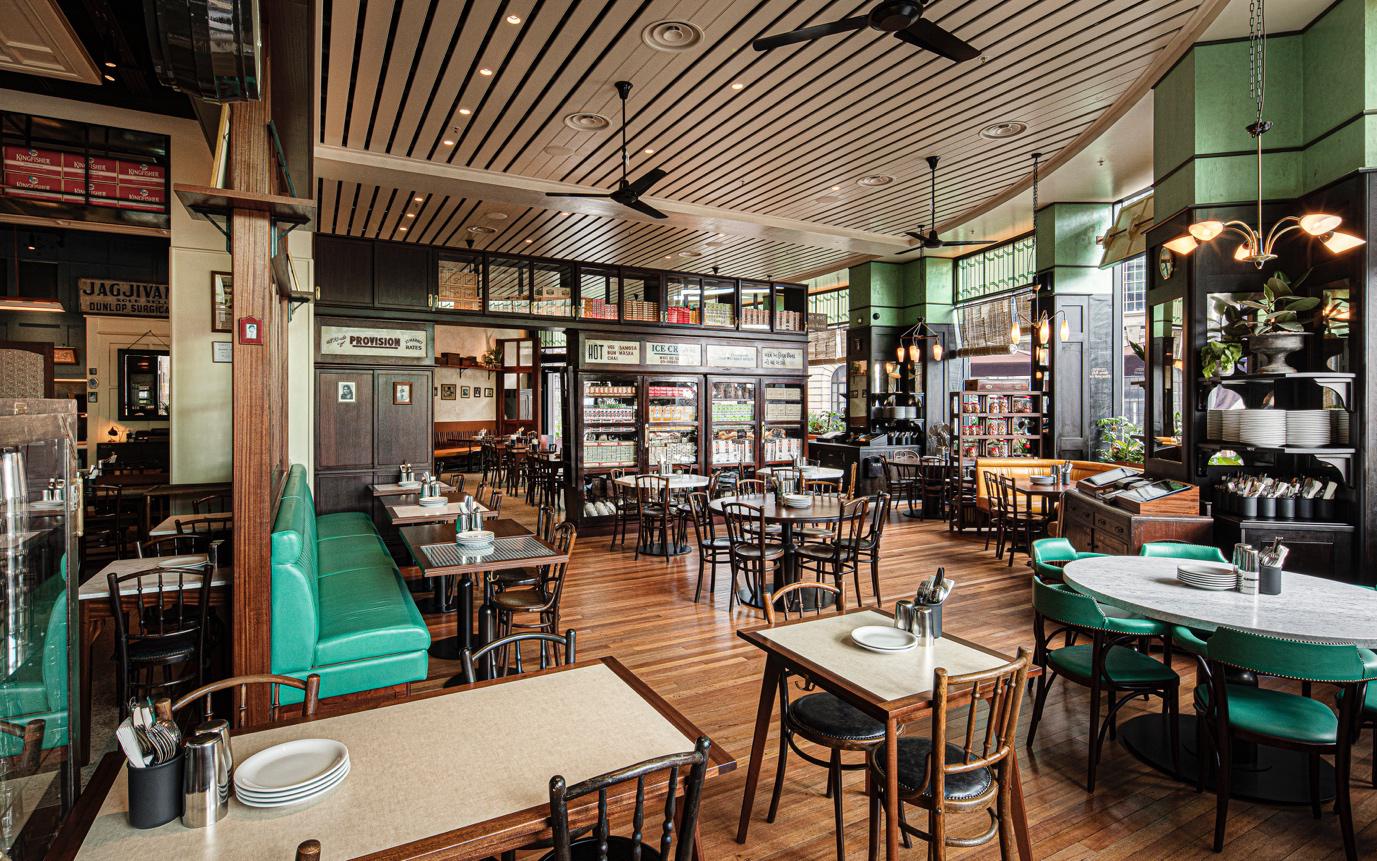 The Dishoom team are delighted to announce that the doors to Dishoom Birmingham will (finally!) open next week. The café (which was originally due to open on April 1st) will warmly welcome guests for the restaurant’s rescheduled soft launch from Saturday 18th July to Wednesday 5th August, before opening officially on Thursday 6th August.

Eager patrons are invited to attend the Dishoom Birmingham soft launch, which will run from 18th July to 5th August. Throughout the soft launch period (a most critical stage of preparation and training for the team) guests will be offered 50% off food.

As part of Dishoom’s measures to keep everyone safe during the time of coronavirus, for the very first time Dishoom are opening reservations for the soft launch. Reservations will be taken for groups of up to six at any time of day, including evenings. Bookings can be made for the soft launch now via www.dishoom.com/birmingham (please kindly note that reservations for 6th August onwards will be released in due course – do read on for particulars). There will also be space kept for walk-ins at all times of the day. Owing to the unpredictibility of British weather, bookings will not be taken for Dishoom Brimingham’s large outdoor terrace, but will be offered on arrival on a first-come, first-served basis.

The team look forward to welcoming guests to their new home at One Chamberlain Square (part of Paradise Birmingham), which overlooks Grade I listed Birmingham Town Hall, the Birmingham Museum and Art Gallery, and the Chamberlain Monument fountain. The restaurant will be open daily, providing patrons with everything from breakfast and mid-morning chai, to lunch and afternoon tipples, right through to evening feasts and late-night snacks, served in the café, Permit Room bar, and on the large adjoining terrace overlooking some of the city’s most charming and beautiful historic landmarks.

The restaurant pays loving homage to the old Irani cafés that were once part of the fabric of life in Bombay, and the design weaves together threads of Bombay’s heritage with a narrative inspired by Birmingham. Each Dishoom restaurant has a story – akin to a founding myth – deeply rooted in Bombay history, which informs all aspect of the café’s design. Inspired by Birmingham’s history as the “city of a thousand trades”, Dishoom Birmingham explores the unique parallels with the trades and markets of Bombay and the importance of the city’s commercial past.

Executive Chef Naved Nasir’s menu of Bombay comfort food will be served from breakfast-time until late. Dishes cooked in Hindu, Muslim, Irani and Parsi traditions will all jostle for space on the table. From Bombay breakfasts to street food staples; hearty dishes of biryani to the curries of Mohammed Ali Road, and the famous grills of Colaba, the Dishoom menu brings together the food of all Bombay. Dishoom’s award-winning cocktails, teetotal tipples, chai, coolers and more will be served from the restaurant’s Permit Room bar. For every meal served at Dishoom Birmingham, the team will donate a meal to one of their long-term charity partners, Magic Breakfast and Akshaya Patra, two excellent charities that provide free, nutritious meals to children who might otherwise go hungry.

Birmingham patrons will also be able to avail themselves of the brand-new Chef’s Special, created by Chef Naved especially for the city. The Mutton Chaap Korma sees marinated chops of mutton lavished with a rich, nourishing sauce, best mopped up with the accompanying khamiriroti.A classical Indian korma in the style of Bhendi Bazaar’s Noor Mohammadi.

For now, Dishoom Birmingham will be open for dine-in guests only. All are welcome. Orders for delivery or collection, sadly, will not be accepted for the moment. For those not yet able to visit Dishoom Birmingham, all sorts of Dishoom gifts available for nationwide delivery, and intended for at-home enjoyment, can be found on the Dishoom online store at www.dishoom.com/store. There, patrons can find the restaurant’s recently launched Bacon Naan Roll Kit, which provides all the ingredients and know-how for recreating this café classic at home (with chai!), alongside the team’s first-ever cookery book, “Dishoom: From Bombay with Love”, and the much-loved album of Bombay-London hits, “Slip Disc”. Gift coins can also be purchased to be redeemed in the café at any date in the future.

Guests keen to find out more about Dishoom Birmingham, and to be notified about bookings for 6th August onwards, can sign up to the café newsletter at www.dishoom.com/newsletter.

A note on Dishoom’s revised (and interim) approach to reservations

As part of Dishoom’s measures to keep everyone safe during the time of coronavirus, the reservations policy has been revised across all cafés, including Dishoom Birmingham. (Previously, reservations for groups of any size could be made for breakfast and lunch, and for groups of six or more at dinner (after 5.45pm); a walk-ins only policy would normally be in place during soft launch.)

As part of their new safety measures, Dishoom will (for now) be taking reservation at all cafés for groups of up to six at any time of day, including evenings. Walk-ins will always be welcome, but booking is recommended for busier times such as evenings and weekends.

A note on health and safety

Dishoom have been working closely with some of the leading safety specialists, and with their guidance have created comprehensive Dishoom corona safety standards. These include new roles, policies, processes and equipment back and front of house, visible and less visible (in some areas, well beyond government guidance) to make sure their restaurants have the highest standards of health and safety at this time.

Guests can expect the same warm hospitality from the same big-hearted team (they have managed to keep everyone’s jobs through this time). However, every part of the experience has been carefully assessed, and some will be slightly different. The cafés will operate with fewer tables, and Dishoom’s trusted team of designers have introduced additional screens and furniture to enhance safety and support physical distancing throughout the restaurants. Guests who can’t be seated immediately may be asked to wait outside in a carefully managed and safely distanced queue. Once inside the café, there will be extra guidance to help guests navigate and stay safe. Some changes in service are also to be expected – Dishoom’s Permit Room bars, for example, will offer table service only, and new systems for reservations and contactless pay-at-table options have been introduced. Additional cleaning processes will be in place, along with ultra-violet and ionisation filtration systems of the kind that are used in medical facilities to eliminate viruses. More details on these extensive safety standards can be found at www.dishoom.com/safety.