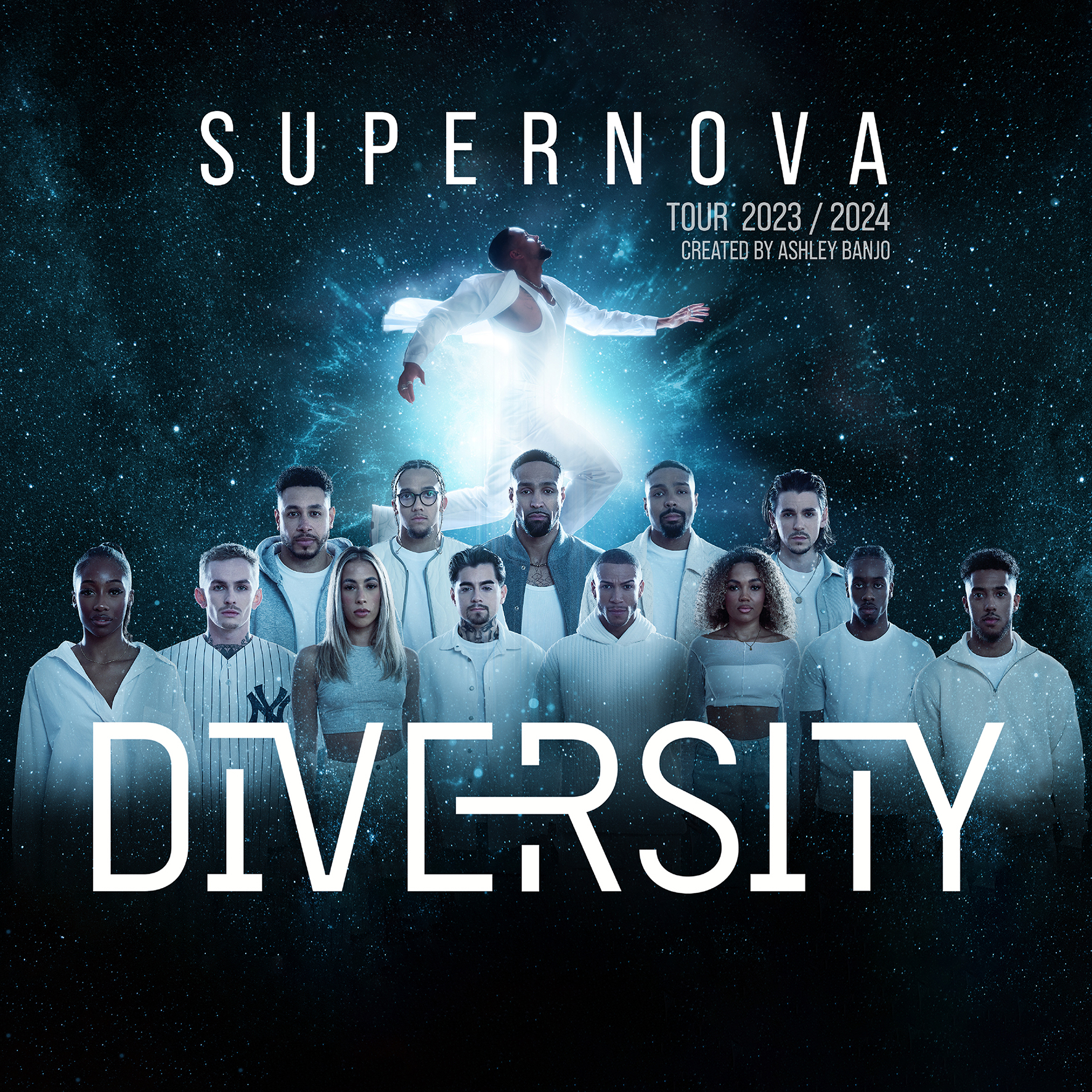 Britain’s most-successful dance group, Diversity, have announced their brand-new UK and Ireland tour, Supernova. The tour will arrive at The Alexandra Birmingham on Friday 17 and Saturday 18 November 2023. Tickets will go on sale at 10am on Friday 18th November 2022 atgtickets.com/birmingham

Diversity took the nation by storm when they won the third series of Britain’s Got Talent in 2009 and have since sold out multiple UK and Irish tours, with countless television and live performances. Alongside preparing for their brand-new tour, and in keeping with their progressive, innovative nature, Diversity are currently preparing to launch Diversity Studios, which will offer in person and live streamed dance classes.

Last month, Ashley Banjo was awarded an MBE for his services to dance. Alongside choreographing and performing with Diversity, Ashley has been committed to educating people on dance, becoming a judge on Dancing on Ice, and offering his expertise as a host and creative in the BAFTA nominated The Real Full Monty and International Emmy Award, Broadcast Award, and Royal Television Society Award winning The Real Full Monty: Ladies Night. Ashley also had the honour of becoming a co-presenter at the Pride of Britain Awards last year, working alongside Carol Vorderman.

Jordan Banjo has also hosted a variety of TV shows, including two series of BBC 1’s Primetime and BAFTA-nominated show The Greatest Dancer. Jordan along with Perri Kiely are also part of breakfast radio royalty, presenting Kiss Breakfast every weekday.

Diversity have also confirmed that they will be supporting anti-poverty charity the Trussell Trust**, which provides emergency food and support to people locked in poverty while campaigning for change to end the need for food banks in the UK. Right now, millions of people across the country are facing a ‘cost of living’ crisis as food and energy prices soar and families are feeling the biggest squeeze on incomes in a generation. Attendees on the tour are being invited to bring along food donations to the shows, where there will be collection points across the venue each night. There will also be collection buckets for any cash donations. All donations will be distributed to people in crisis across the 1,300 food bank centres in the Trussell Trust network. For more information on the items that are requested, visit the Trussell Trust website.