Published by admin On November 1, 2016 Leave a response 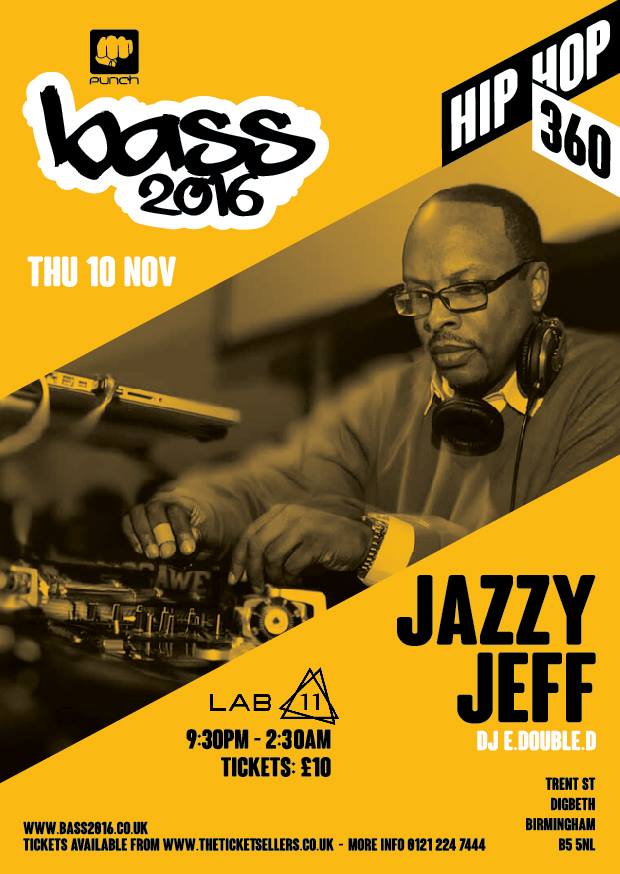 BASS festival returns to Birmingham with HipHop360. A series of events throughout the city featuring legendary artists who shaped the sound of a generation. HipHop360 celebrates every aspect of street-level black music culture.

For the Launch of BASS ’16 Punch are bringing DJ Jazzy Jeff to Lab11, for a real Hip Hop party, with authentic beats, mixing skills honed to perfection and the kind of old school scratching vibes that have made Jazzy Jeff a true hip hop pioneer and icon.

As a DJ, Jazzy Jeff has won three Grammy Awards, three American Music Awards, two NAACP Awards, two Soul Train Music Awards and an MTV Music Award, making him one of the most accomplished in the world, with turntable skills honed to perfection over the decades.

For the true Hip Hop fan this one show that can’t be missed!

A limited amount of early bird tickets remain at £10 each, with even sweeter 2-4-1 deals for students. Visit Bass2016.co.uk for more information and ticket links.