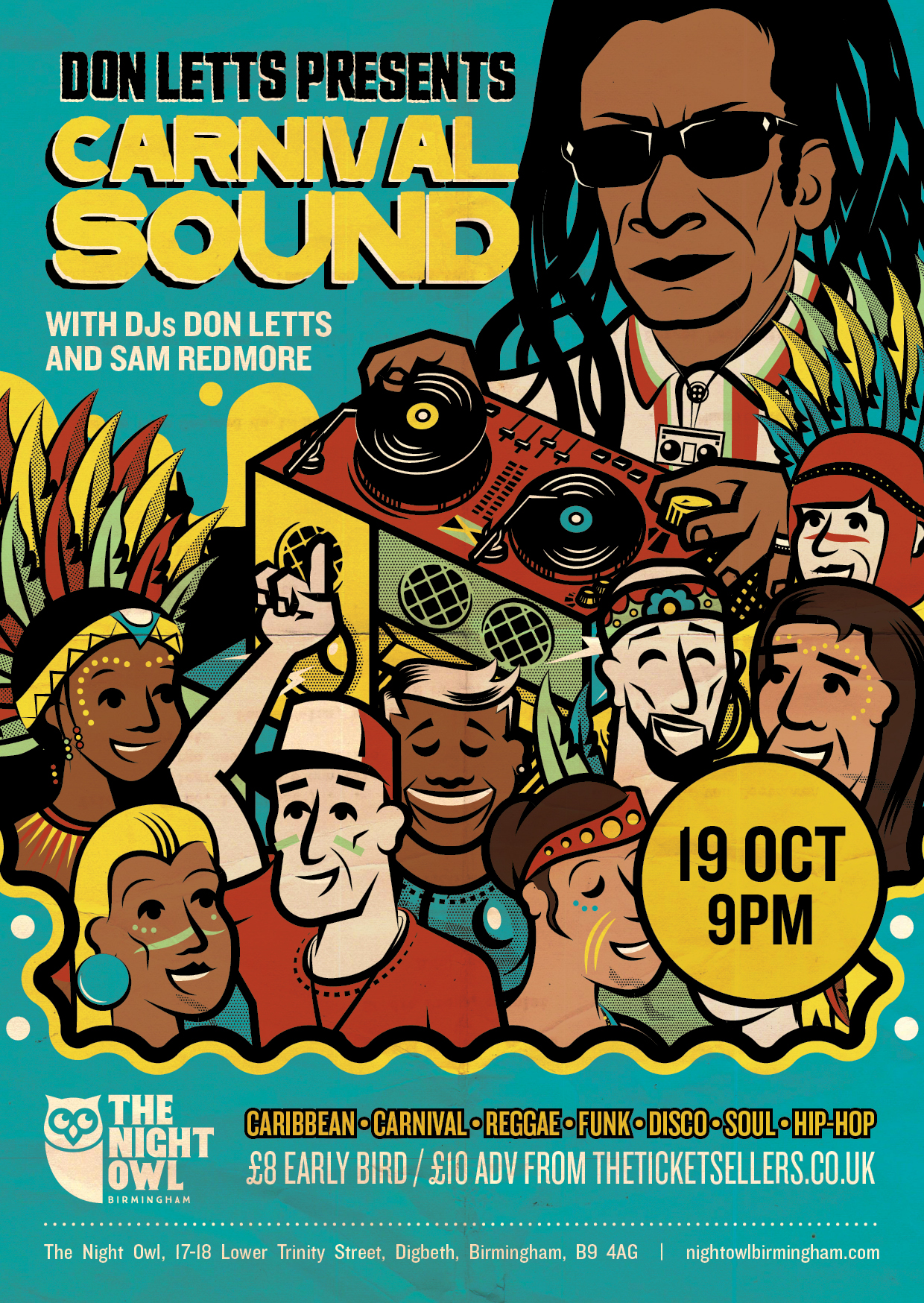 One of the driving forces bringing reggae music to the masses, and arguably one of many influential people in British music, Don Letts is bringing the spirit of Notting Hill Carnival on a UK tour for Don Letts Presents Carnival Sound.

With a number of dates across the UK, Don Letts will be playing carnival classics, reggae, funk, disco, hip hop and more at Digbeth’s The Night Owl on Friday, October 19th.

Becoming well known in the underground club scene in the 1970’s, Don Letts was one of the first DJs to introduce reggae and dub to the punk scene. Since then, the DJ, record producer and director has become a pivotal person representing Jamaican music, DJ’ing at London’s annual Caribbean celebration the Notting Hill Carnival.

I’ve been going to Notting Hill Carnival for nearly four decades. In that time I’ve heard the soundtrack change from calypso n’ soca to today’s multi-genres via the Jamaican sound-systems that culturally hijacked Carnival in the mid-seventies. Carnival is many things to many different people, it just depends on where you’re at and what street you’re on! Carnival Sound is a slice of what my Carnival sounds like, it’s all about the bass… Don Letts.

Joining Don Letts is Sam Redmore, a respected Birmingham DJ and producer. Sam Redmore is the creator of Tropical Soundclash – a house, broken beat and bass night infused with afro, latin and tropical melodies. Sam hosts DJ residences across the city, with a monthly slot spinning funk and soul at The Night Owl.

Lower Trinity Street’s The Night Owl is the perfect place for Don Letts to bring the carnival party. A soul and retro music club at its core, the intimate venue is ran by music fans alike and often hosts sell-out funk and soul club nights as well as reggae, ska, rocksteady, mod, punk, disco and more. This year, The Night Owl was appointed the official venue to celebrate 50 years of Trojan Records – a reggae, ska and rocksteady label who brought the sounds of the Caribbean to the world.