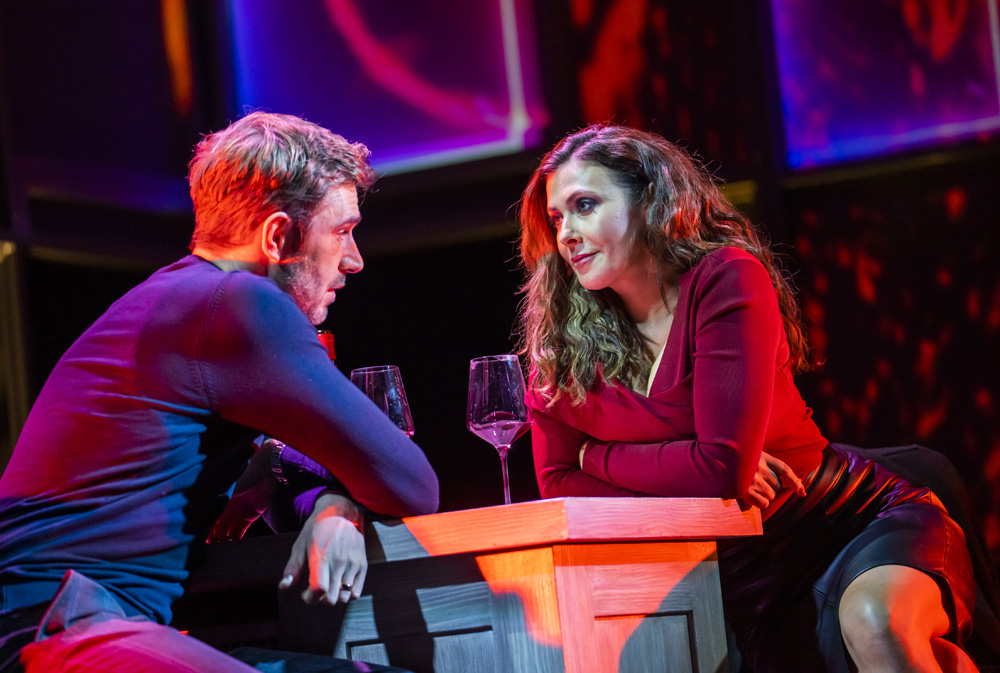 What makes Alex such a meaty role for an actress?

She’s multi-faceted, she’s quite a complex character and playing her in this day and age it’s more interesting, I think. I’ve read a lot of articles that Glenn Close did about the character of Alex and even then, back in the 80s, she was thinking that there’s more to Alex, she’s not just this psychotic woman. She’s got real issues and you can tell that she’s gone through something awful in her life. For me, it’s interesting to dig around in that and look at the vulnerabilities in her.

Have you rewatched the film?

I rewatched it a few weeks ago with my son, who had never seen it before. He was like ‘Whoah! Wow!’ It’s still quite scary but there are lots of different layers to Alex in it, and I think her behaviour would be viewed very differently now compared to in 1987. I think there’d be another conversation around it for sure. We’ve come a long way in terms of how we view mental health since then.

Is it daunting following in the footsteps of Glenn Close, who was Oscar-nominated for the movie?

No one can fill those shoes, can they? All I can do is my best with it and not copy her, but the script of the play is slightly different. It’s not exactly the same, it’s not scene-by-scene and word-for-word. There are subtle differences and you hear more from Alex about where she’s been. It’s hard to talk about without giving too much away but you get more of a sense of who Alex is and what her journey may have been.

Is there still a bunny boiling bunny scene?

[Laughs] Well, there has to be, doesn’t there? But I don’t imagine the audience will see anything graphic.

What challenges does the role present?

Every role you take on should have some challenge or other. You’re never going to be playing yourself, are you? With Alex, it’s all about trying to understand the character and trying to work out the journey she’s been on. Getting into that mindset is going to be quite tricky but I’m very much up for the challenge.

Have you had to do any physical preparation?

I’m in the gym all the time at the moment because there are certain scenes where I’m not going to be wearing very much, even if it’s just a short T-shirt. You always want to feel physically prepared for that kind of thing and not just that, it’s a big thing going on tour, going on stage every night, sometimes doing two shows a day. Keeping yourself mentally and physically well and healthy is important.

Can you recall when you first saw the film and what impact did it have on you?

It was probably in the 90s and I remember thinking how remarkable the cast were. Even the little girl; she had me in tears again when I was watching it the other week. The cast were astounding and they all played their parts brilliantly. The thing that used to annoy me about it, though, was that Michael Douglas’s character seemed to get off quite lightly. Alright, he got some acid thrown on his car but she ended up being shot in the bathtub. When you first watched it you forgot that he played a part in it all and he’d gone back for more. I found that quite vexing but, again without giving spoilers, it’s addressed a little more in how the stage version ends.

When were you last in a play and how is returning to the theatre?

The last time I was on stage was in Elf The Musical in2019 and before that, it was Saturday Night Fever, which was before I joined Coronation Street in 2006. This is completely different because it’s a play, not a musical, and I’m excited about getting back out there and testing myself in front of a live audience. I’ve no doubt I’ll be nervous when I first go out on that stage but I’m hoping those nerves will dissipate.

Is Michelle from Corrie the role you’re most recognised for by the public?

You’ve been co-presenting the likes of the BBC’s Morning Live and For Love Or Money. What have you most enjoyed about that?

I’d had jobs come in after I left Corrie in 2019, then all of a sudden everything shut down and I wasn’t able to do any of them. When I was given the opportunity to do some presenting I was quite taken aback. I was like ‘Me? Really? Presenting? Why?’ but I was so grateful for the chance because it was keeping me busy at a time when a lot of people weren’t. I felt very lucky to have been given that chance and it’s been great because it’s given me another string to my bow and another skill set. I like meeting different people and I like the camaraderie on set. It’s still really scary going live every single day but that’s a normal response. It keeps you on your toes.

We also recently saw you in Kay Mellor’s The Syndicate…

That was brilliant as well. That was my first acting role since COVID restrictions had semi-lifted and they allowed actors to go back on set, but we were having tests constantly and everyone was wearing masks. It was a very different way of filming but we all said how wonderful it was to be back on set. Going back to that first job after lockdown is an experience we will never forget. It was great to be back doing the job we love doing, even under very different circumstances.

What are you most looking forward to about taking Fatal Attraction around the country?

It’s a fantastic play. It’s dramatic and sexy and at times chilling. Plus it’ll be so nice to just get out there in front of a live audience. Having theatre back again is just brilliant because I think everyone missed it. I remember walking through the West End and seeing tape across theatre doorways, and it really made me sad. I’m absolutely delighted to be getting back on stage and getting audiences back in.

The tour calls at the Alexandra Theatre, Birmingham. Does it have any significance for you?

I do the regional heats for the Pride Of awards in Birmingham so I’ve spent quite a lot of time there meeting their unsung heroes, which is always lovely. And I’ve always had a nice experience when I’ve been in Birmingham so I look forward to going back.